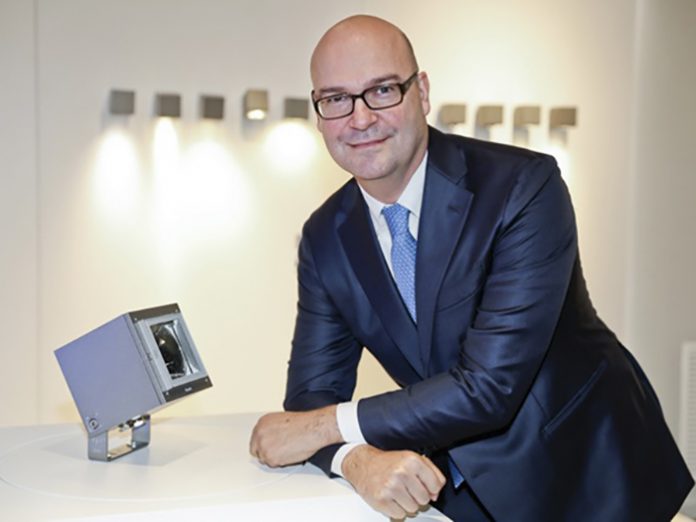 After a 40-year career in the company, Santi leaves having contributed to the improvement of the entire iGuzzini community, helping the company expand internationally and develop important technical and cultural competences.

“Our company has always believed in a professional managerial system as an opportunity to attract top people,” said president – Adolfo Guzzini. “A history that has seen Antonio Santi as a central figure for the managerial development in iGuzzini, first as General Director and then as CEO, carrying in different historic moments Harvey Luce to the current day iGuzzini.

“Together we developed a strategy that put light as a technology at the service of mankind for a real improvement in personal, working and social conditions that today is expressed in Social innovation through lighting. Our most heartfelt thanks go to Antonio for having helped us, by believing in our family’s projects, to become an industry excellence in the in Italy and in Europe.”

Among the tasks assigned to the new CEO for the company’s development are, aboveall: further carry forward the process of internationalisation, improve manufacturing efficiency, and consolidate the managerial culture. All of this, with the goal to take the company public with a listing on the stock exchange within the next five years.

iGuzzini committed to the listing when in January 2015 TIPO bought into the company’s capital with a share of 14.29%. In this context Giovanni Tamburi has now entered as a Member of the Board of Directors.

“I am extremely proud to be taking the helm of a company like iGuzzini,”  said Sasso. “After two years as the Fimag CEO, I have had time to get to know its cultural and industrial values and admire the many great human and professional qualities of the management and the entire company.”