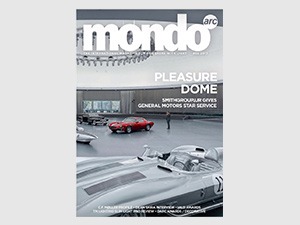 We’re firmly embroiled in ‘awards season’ in the lighting design world at the moment, with designers and manufacturers alike coming together to celebrate the great and the good in this industry. This celebration is evident throughout the pages of this issue of mondo*arc.

Firstly, we can exclusively reveal the winners of the seventh LAMP Awards, held just last night in Barcelona. Find out more about the winners on page 124. Alongside this, we were lucky enough to be in attendance for this year’s IALD Awards, held during Lightfair International in Philadelphia. All 22 winning projects are listed from page 131.

Speaking of awards, we must mention the huge success of our own darc awards / decorative. Many of you were at Bloomsbury Ballroom in London on 18th May and many of you, I know, had a great time! Our very first darc awards / decorative carries on the baton of the darc awards concept after the impressive start made by the inaugural awards two years ago. Now, instead of a combined architectural and decorative lighting awards we have split the structure into two streams so we can dedicate more space to both of these important facets of design.

Now we have moved quickly on to organising the darc awards / architectural, with the deadline for project entries being 2nd July, and the deadline for product entries 11th July. If you are a lighting designer, architect, light artist or interior designer that has been involved in a project with some fantastic creative lighting, no matter how large or small (we have High and Low Budget categories) then go to www.darcawards.com/architectural to enter. If you are a manufacturer there are three product categories (Interior / Exterior / Technology) for you to consider.

Following the darc night / architectural event that will take place in London on September 14th we will then move the installations to darc room, our lighting specification exhibition, a week later which, I am pleased to say has now officially become part of London Design Festival. We look forward to welcoming you to darc night / architectural and darc room in September.