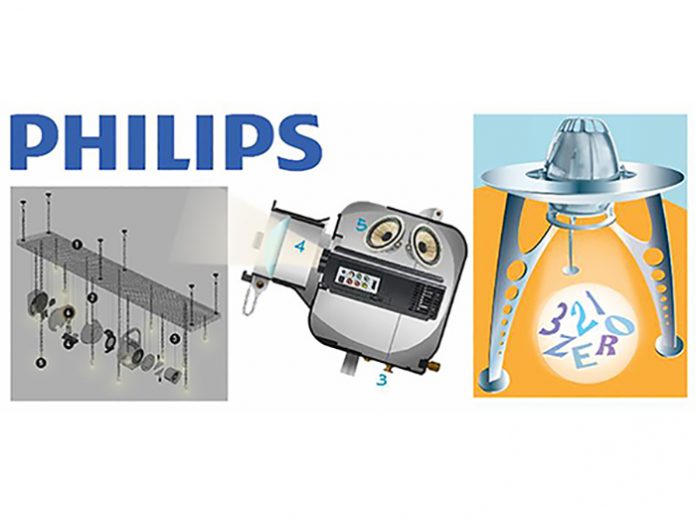 The competition saw numerous international entrants and 175 people following the Pinterest inspiration board.

Architectural lighting designer Paul Nulty’s Anamorphosis, Joe Vose’s Back to The Future and artist/designer Derek Goldsmith’s 321 Zero have reached the final round. The three designs reflect the brand’s significant history, whilst giving the iconic luminaires a new lease of life.

Philips Lighting Application Design Lead and competition judge Mike Simpson said: “The old Strand designs are classics so it was interesting to see how people responded to the challenge of upcycling them, whilst retaining the heritage of the original products. In the winning entries we have different perspectives from something more akin to a piece of art to practical designs that could work as modern lighting pieces.”

Anamorphosis uses the Strand PATT 23 as the focal point of a dynamic feature chandelier, highlighting technological advancements in the lighting industry by combining tradition with the ingenuity of modernity.

Back to The Future replaces the lamp of a PATT 123 with a WiFi connected media projector for watching films or television that also works as a decorative object when not in use.

321 Zero is a multi-functional flying saucer design, which works as a small table downlighter or, with the addition of a Philips pocket projector and the replacement of the Fresnel lens with clear glass, can project moving images onto a surface below.

Howard Eaton Lighting will materialise these designs to exhibit at The Society of Light and Lighting Fresnel Lecture on 10 March 2015 where the competition winner will be announced.

The event, taking place at The Royal Institution, is chiefly sponsored by Philips and marks 200 years since Augustine Fresnel invented his Wave Theory of Light. The anniversary also coincides with the UNESCO International Year of Light 2015.