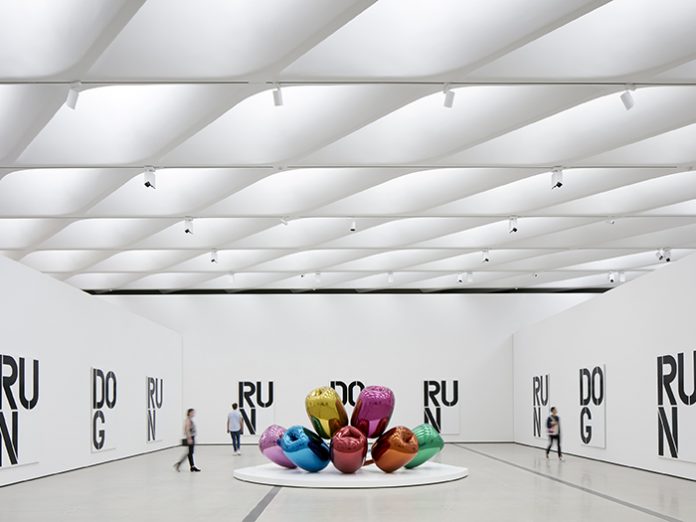 On Thursday 9 February, The Broad was declared the Supreme Winner of the 2017 Surface Design Awards.

The Broad is a new contemporary art museum founded by philanthropists Eli and Edythe Broad on Grand Avenue in downtown Los Angeles. The museum is home to 2,000 works of art in the Broad collection, which is among the most prominent in post-war and contemporary art worldwide. The 120,000sqft building, featuring two floors of gallery space, was designed by Diller Scofidio + Renfro in collaboration with Gensler. Arup provided a range of multi-disciplinary building services, including lighting design and acoustic consulting. The stunning building with its thoughtful approach to design was described by the judges as “environmentally and technically great” and an “awe inspiring space, seamless with a clever use of light and form.”

The Surface Design Awards recognise examples of progressive design and the use of innovative surfaces in projects both in the UK and internationally. 33 projects were named as finalists for the 2017 awards with 45% of shortlisted projects being from overseas.

Each project was judged on a range of criteria including the type of surface, the use of materials and aesthetic design. Thirteen winners were announced from seven different categories with most categories being divided into both an interior and exterior section. The winners span seven different countries with three projects from China.

With project admissions including private residencies, billboards, restaurants and even a car park, the judging panel had a difficult task in selecting the finalists and winners of each category.

The strength of all the projects made for some difficult decisions, however some stand out projects, including The Broad, were unanimously chosen by all. The judging panel was co-chaired by Tina Nordon, Project Director of Conran Partners and Ab Rodgers of Ab Rodgers Design. The judges included Jenny Jones of Studio Jenny Jones, Sacha Leong of Studiolise, Bethan Wood of Studio Wood, Christopher Ash of Project Orange, Arfroditi Krassa of ArfroditiKrassa and Fiona Thompson from Richmond, all of whom are experts in their fields.

Pavlina Akritas, Senior Lighting Designer at Arup, whose project The Broad was declared the supreme winner said: “It’s clear that this is an incredibly special, visually stimulating building and it’s great for it to have been recognised with this award. The airy, honeycomb-like ‘veil’ that envelopes the structure effectively filters natural daylight across the space, which was a unique and exciting challenge for us to work with.’’