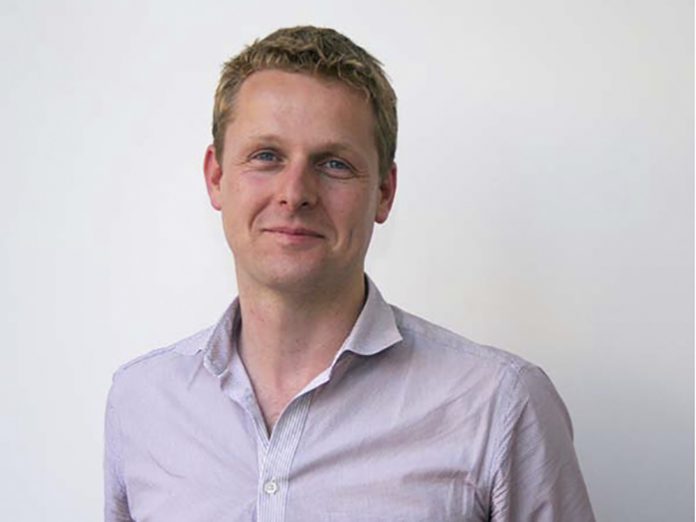 Andrew Howis, Managing Director of Speirs + Major, has died suddenly at the age of 41. He had been with the design practice for ten years, becoming MD in 2013 where he was responsible for the day-to-day management of the company. He worked on some of the practice’s most high profile projects including the St Botolph building and Skylon restaurant in London.

Speirs + Major has released a statement from Keith Bradshaw, Principal of the firm:

“It is with huge sadness that we must announce that Andrew Howis, our dear friend and colleague, has passed away suddenly and unexpectedly at the age of 41 whilst holidaying with his wife and young family. Our hearts and sympathies are with all his family and friends whilst they try to manage the shock of Andrew’s untimely death.

Whilst we are unable to express fully the loss we feel both as a practice and as individuals, we feel it appropriate to reflect on his numerous qualities and achievements both as a designer and colleague.

Andrew came into lighting design via the ‘scenic route’. Having studied Biochemistry at Edinburgh University he moved into theatre productions and the development of bespoke lighting tools. He transitioned into architectural lighting design via Enliten and Elektra Lighting, eventually joining Speirs + Major in 2006.

Each facet of his career journey gave him unique skills and insights into the process of working with light in the context of both temporary and permanent installations. His methodical design approach was refreshingly different to that of most people in the studio: he strove to apply logical principles and consistency to each design move. Notably, he possessed a rare ability to combine a pragmatic approach to design with consideration for the needs of people; he often spoke of designing people’s experience in light.

At Speirs + Major, Andrew found a natural home, seamlessly blending his interest and skills as both a designer and business manager. As a designer he was a highly skilled and knowledgeable craftsman who knew all his tools inside out. He believed that the finesse of a design was hidden in its quiet perfection. With a sharp eye for detail he would tirelessly focus on all aspects of a project from its initial sketch until its completion, only regarding it as complete at the moment when it met the standard he had set out to achieve. His knowledge of lighting technology was second to none, such that only the best possible details and products were selected for each concept. With his charming yet fastidious character he always fought to make sure that projects got the attention they deserved: his calm and restrained exterior concealing an absolute determination to design high quality light work no matter the scale or project. He was instrumental in developing the practice’s ongoing product design portfolio, working on numerous product innovations. As a business manager, he created efficiencies and insights into the best course of action for the practice. He leaves Speirs + Major stronger and sharper for his influence.

Andrew was fascinated by the design process and developed beautifully pragmatic and simple proposals with a sensibility to light and shade. These are evidenced in the award winning projects that he led at Speirs + Major; including Burlington Arcade, Devonshire Square, Skylon Restaurant, St. Botolphs, University of the Arts and many ongoing projects in the public realm at Kings Cross.

With loss of this kind there is anger alongside sadness at the passing of a dear friend: by his own exacting standards, Andrew’s work was not done. Not only will he be missed by all of us at Speirs + Major but also our clients, members of their design and construction teams and the wider lighting community.

Do not go gentle into that good night,
Old age should burn and rave at close of day;
Rage, rage against the dying of the light.

Andrew, we will miss you greatly and remember you fondly.

Andrew is survived by his loving wife Emma and their two daughters Hannah and Isla, his sister Jen and his parents. Andrew’s relationship with his loved ones and the protective spirit with which he regarded those dear to him were an inspiration and arguably his greatest success of all.”

Details of any public memorial service will be found on Speirs + Major’s website in due course.