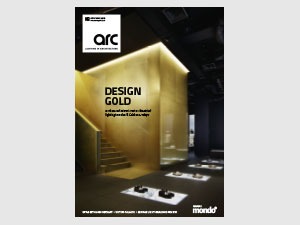 The technology on show at this year’s Light+Building will surely be viewed as a game changer for years to come.

When heading to Light+Building most years, the feeling is often one of trepidation mixed with excitement. For too many years, and in 2016 in particular, I have come away thinking that the technology on show has failed to live up to the hype with a lack of true innovation on display.

The mass adoption of LEDs has inevitably led to a ‘me too’ race to achieve high lumen levels and a new generation of downlighters fitted with LED modules became the norm. There was no such issue this year. I came away from the exhibition genuinely excited about the future of the lighting industry and the technological advancements that will develop over the next few years (and you can see our 36-page report from p.136).

It was during a Philips debate that I was chairing about IOT real-time data co-creation, that I realised how interesting all of this is going to be. Here I was discussing how lighting fits in with the Internet of Things with a lighting designer (the President of the IALD, no less), an integration designer at Arup, a product designer at Philips and, most interestingly, an interaction designer.

The discussion was fascinating (a precis of the debate can be found on p.170 and there’s a video on YouTube). Whilst fears remain about ownership of lighting schemes, the level of excitement in the room about the opportunities this technology afforded was palpable. This can be translated to all the technologies listed above. It’s time to get creative.

* In the next couple of weeks we will be launching 2018’s darc awards / architectural, which this year will take place in December, and darc room, our two-day lighting exhibition in the heart of London’s Shoreditch design district, as part of London Design Festival. Look out for details hitting your inbox soon.