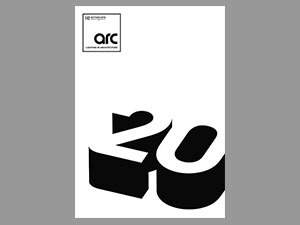 I would like to start things off in my first editorial column by saying a huge thank you to Paul for the kind words last time around, and for passing on the responsibility of running this magazine to myself and Sarah. I’m already well aware of his standing within the lighting design community – at every show or event I’ve attended over the past three years, at least one person has asked “So how’s Paul?” – so I know that I have some big shoes to fill! We’ve already got some really exciting things planned for the next few issues though, and we’re well up for the challenge! But, as we head into the start of this new era, we typically find ourselves not looking forward, but back from whence we came, as this issue marks our 20th anniversary as a publication. I won’t tell you how old I was 20 years ago, but it is surely a testament to the industry that we as a magazine have been going for so long. We’ve had a great time in the office digging through the archives to take a closer look through some of our back issues (some of the layouts: *chef’s kiss*), to see which wonderful projects and designers we’ve featured over the years, many of which I’m delighted to say are still going strong! We’ve cherry picked some of our favourite covers from the past 20 years in a special retrospective feature that you can check out in this issue. As a signpost to how far we’ve come as a magazine since our humble beginnings way back when, last month we hosted the third instalment of our [d]arc room event. This time held at the Old Truman Brewery as part of London Design Fair, we were thrilled by the turnout, with visitor numbers doubling compared to last year. Such numbers are a huge encouragement for us, so another big thank you to everyone who came. We’re also eagerly awaiting this year’s [d]arc awards. Voting will open on October 22nd, so keep your eyes peeled for the all-important announcement and remember to cast your vote when the time comes. Make sure to mark 5th December in your diary too, as we’ll once again be hosting our famous (or should that be infamous?!) [d]arc night awards party! We hope to see you there! Matt Waring Editor arc