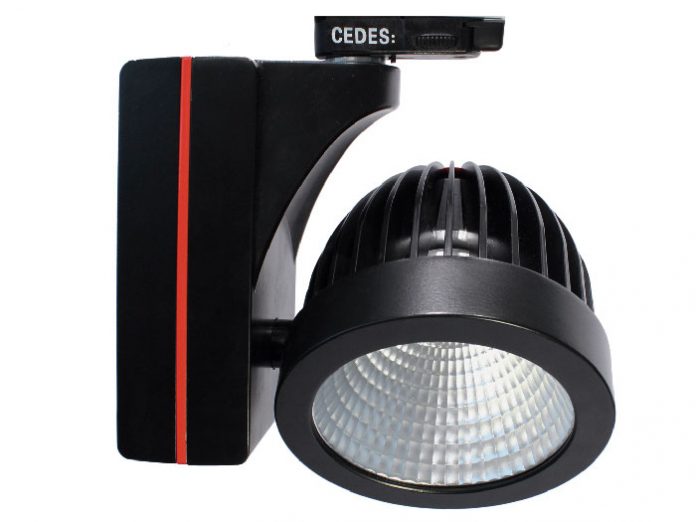 Celed RGBW spotlights can stage light variably, making it particularly suitable for shop windows. RGB and neutral white are combined on a COB, meaning the four-channel COB not only contains the red, green and blue, but also a white LED chip as a light source. By adjusting the three primary colours and different intensities, each colour nuance can be realised up to white. However, since the white produced is not pure white, white LEDs have also been placed in the RGB LEDs. This allows rooms, backgrounds or objects to be illuminated in white or coloured light, depending on the desired mood.