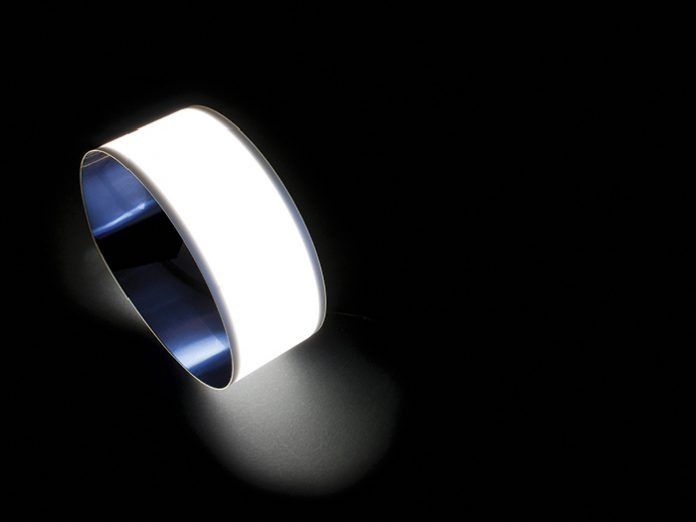 David Morgan takes a closer look at the expansion of Applelec’s ventures into the world of OLED technology and its various applications in the industry.

It is ironic that OLED, one of the most recently developed light sources, is being marketed in the UK by a company that started life as a traditional metal fabricator. Applelec celebrates 20 years in business this year. Over this period it has developed first into illuminated signage, then into LED lighting panels and now into OLED panels.

Applelec was started by two boyhood friends, Ian Drinkwater and Paul Stothers, who first met at the age of 13. Ian was employed in his father’s metal working company and Paul joined as an apprentice in his early 20s. Ian is now the MD of Applelec, looking after business development and strategy, with a passion for innovation and R&D. Paul is the Production Director.

Applelec were early adopters of LED light sources as a way of replacing fluorescent lamps for illuminated signage. After seeing Korean-made side-illuminated prismatic panels at a lighting show in Hong Kong that had been originally developed for use with LCD TVs, Ian realised this would be an excellent back light source. He recognised it would work for not only signage, but also for general architectural and retail lighting. Marketed in the UK under the LED Light Sheet brand, the material has been enthusiastically adopted by architects, interior designers and lighting designers for use in a wide variety of applications. Applelec has been awarded the UK licence to the three patents covering the construction of LED Light Sheet.

Notable projects that Applelec has supplied LED Light Sheet for include back lighting the windows of the Tardis in Dr Who and integrated into New Dawn, the contemporary light sculpture celebrating Women’s Suffrage by artist Mary Branson, situated at the Houses of Parliament.

The latest venture for Applelec into the world of lighting materials has been to distribute OLED panels from both LG Display and OLEDWorks to complement their existing LED Light Sheet business.

I reviewed the OLED materials from LG Display for arc magazine in 2016 and it seems that full scale production of their range was delayed for a couple of years while a new production facility was built. The LG OLED products are now in production and marketed under the Luflex brand name. The Luflex range now includes nine different OLED panel products, including both rigid and flexible panels with their largest size flexible panel at 300mm x 300mm, the largest available in the market. The company’s main business is producing display components and systems for TVs, mobile phones and other digital devices.

While OLEDs for display use and for lighting applications share the same basic technology and science, it is not clear how much crossover there is in the production details of the two types of material.  The most impressive applications for AMOLEDs (Active Matrix Organic LEDs) to date are the flexible displays being proposed for flip phone designs, and in huge screen TVs including the 88-inch LG TV. This size has been shown in prototype form this year at various trade shows. The TV application is a high volume use for OLED materials and presumably helps to provide the commercial support for products to be used in lighting applications.

The second OLED brand being marketed by Applelec in the UK is from the US company OLEDWorks. OLEDWorks purchased the Philips OLED business Lumiblade at the end of 2015 after Royal Philips decided to exit the lighting industry by floating the lighting division as a public company with a new brand name.

The OLEDWorks flexible panels branded LumiCurve Wave (Applelec brand it the Ripple) are based on the super thin Willow glass from Corning. This material is only 0.05mm thick, incredibly flexible and provides a better hermetic seal for the panels than polymer materials leading to a longer working life and lower lumen depreciation. Apparently, this glass is produced in roll-to-roll process, which opens the possibility for a lower cost continuous OLED production at some point the future. One downside to the use of Willow glass is that the Ripple panels are quite fragile and need careful handling during assembly and a protective cover when in use, which will increase the overall thickness of the luminaire.

Applelec presented OLED panels from both brands side by side at the recent darc room exhibition and some differences in output and light quality were evident. The OLEDWorks panels appear to be more powerful than those from LG currently and seem to provide a more attractive lit appearance.

With an efficiency of 60 lumens per watt with 3,000K 90 CRI and lifetime of 10,000 hours to L70, these sources are an improvement on previous OLED panels but the overall performance will need to improve to compete with panels based on traditional LEDs.

It is exciting that the long-promised flexible OLED panels are now in production and available for use by luminaire manufacturers and lighting designers.

The LG website features a small number of completed projects in Korea where their OLED panels have been used, including task lighting for university reading rooms, and in the Seoul Palace Museum display cabinets. Applelec has recently supplied OLED panels for use in a duty-free cosmetics display project and also for use in decorative pendants, indicating that there is a potential market for this technology.

OLED panels have a number of inherent benefits over conventional LED side lit or back lit panels. These include a completely dot free and even lit effect, low levels of blue light in the spectrum, broad spectrum and mechanical flexibility. However, at the moment the efficiency, life expectancy and lumen depreciation are worse than conventional LED panels while the cost is higher. If OLED technology and production processes develop to overcome these limitations then larger volume applications could emerge in general lighting. Incorporating flexible LED panels into automotive applications may be one of the higher volume markets to develop in the medium term.

For Applelec the addition of both OLED brands to their existing portfolio of lighting panels is a great opportunity to gain from the marketing activity surrounding the technology and to be in a position to offer the most appropriate lighting solution for any project. Applelec foresees growth in the OLED market and have a long-term commitment to both partners.