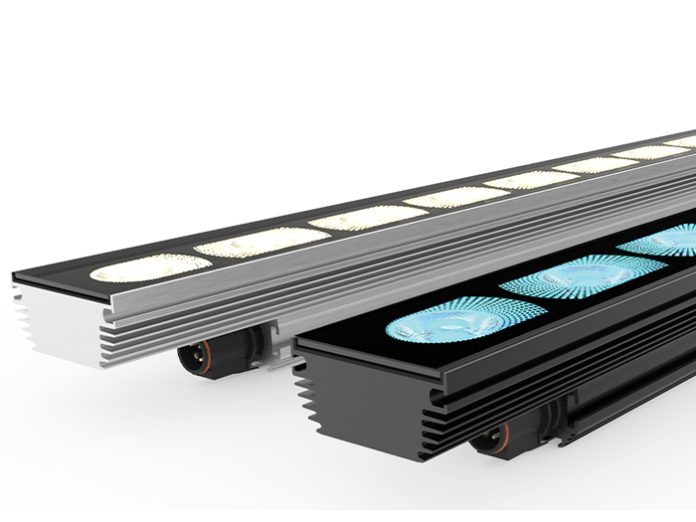 Building on the success of its previous iterations, GVA Lighting has unveiled Generation 3 of its STR 9 linear system. David Morgan gets stuck into the new model.

Thinking differently about luminaire design is an approach that should be encouraged in the architectural lighting market. Too many companies produce derivative designs that are difficult to differentiate from their competitors. One company that does stand out for being different is GVA Lighting, based in Oakville, near Toronto in Canada.

The company was founded by Vladimir Grigorik in 1997 within a few days of arriving in Canada as an immigrant from Belarus, where he had become disillusioned with the political regime. Grigorik is an electronics engineer with a degree in Radio Physics and Electronics, and he has used this expertise to develop a range of innovative LED-based luminaires for use in challenging environmental conditions. The company has grown over the past 25 years and now employs around 140 people.

Grigorik, now Chairman and President of GVA, still leads the new product development process, supported by an in-house team of designers and engineers. All electronics, including drivers and light engines, are designed and assembled by GVA in the company’s factory, with mechanical components being sourced locally.

The company exports to many major architectural lighting markets including the USA, EU, and the UAE.

The first LED product developed by GVA in 2002 was a simple LED linear strip for use in a US library project, named the STR1, and that simple naming strategy has continued up to the current STR9. The current product range includes linear luminaires and projectors for both interior and exterior applications.

One of the key innovations that GVA has introduced to the architectural lighting market is the high voltage Infinity system. This system operates on 380 volts DC with a remote power supply and on-board LED constant current drivers. This system allows luminaire runs of more than 300-metres from a single power feed and data source. These long runs allow the exterior of tall buildings, bridges and other large structures to be lit with the minimum cabling runs and building penetrations. 380VDC is becoming an accepted power rating for use in data centres and from renewable sources, and thus is helping to reduce the available component costs for this approach. The system was first proposed in 2010 as a custom solution for the exterior linear lighting of a 300-metre-tall tower in Canada, and has been further developed for use on a wide variety of iconic projects.

The latest product introduction from GVA is the Generation 3 of the STR 9 linear system.

The STR 9 was first introduced in 2007, so it is not exactly a new product, but the existing and new design features make it worthwhile reviewing. The STR 9 is an extruded linear lighting system designed around 45mm diameter colour mixing lenses which, in combination with a series of optical films, produce very well blended colour changing, tuneable white light and mono white light outputs suitable for close offset wall grazing applications. The range includes both surface mounted and in-ground versions.

By combining colour mixing lenses with optical films, a wide variety of beam angles can be produced, ranging from a narrow 5° symmetric up to 80° symmetric for the mono white. The range also includes eight different elliptical distributions. For the mono white version, the available colour temperatures range from 2200K up to 6500K. Lumen output from this version is up to 3,700 lm/m with a maximum power consumption of 50W/m.

The lumen output from the colour changing versions is enhanced with the GVA Colour Amp system, and provides more than 2,000lm/m with a power consumption of 66W/m. Colour Amp is another GVA point of difference where the power of each colour channel is controlled in a ratio to the maximum luminaire power. For example, if only the blue LEDs are lit then these can be run at the maximum luminaire power. As other colours are added to the mix then the blue power will be reduced so that the combined power equals the maximum for the luminaire. eldoLED drivers offer a similar control feature but only a few other luminaire manufacturers seem to have adopted this idea so far.

In the RGBW elliptical sample that I tested, the colours were well blended when the luminaire was positioned very close to the lit surface. A variety of anti-glare accessories are available, including external louvres, integral micro louvres, and integral honeycomb louvres. One unusual accessory is a heated front glass, which is used in cold climate projects to melt snow accumulating on the luminaire.

Dimming control for colour change and tuneable white versions is via DMX with DALI and 0-10V being offered for the mono white types. For colour changing luminaires, every 300mm can be controlled independently with four DMX addresses for colour chasing and other dynamic effects.

The new version of the STR 9 is available in three different power supply options. 48 VDC, the 380V DC Infinity system that I have already mentioned, and also with a new integral line voltage driver option.

The drivers built into the STR 9 luminaires not only incorporate thermal sensors, which integrate with a thermal control system to ensure that the LEDs always operate at the optimum temperature, even in very high ambient conditions, but also pressure and moisture sensors are included so that any deviations from expected values would generate a fault alarm.

Mechanically the STR 9 is also differentiated from the way that other manufacturers produce exterior linear luminaires. The body is made from extruded aluminium, but rather than screwing machined or die cast end caps to the extrusion to achieve an IP66 rating, GVA machines the extrusion to create a solid one-piece body with integral end caps – branded Unibody. The low iron tempered glass window is bonded directly to the body using a proprietary adhesive.

The combination of the one-piece body and bonded window gives a highly water-resistant enclosure that allows GVA to offer a standard warranty of five years, that can be extended up to 10 years. It is understood that there are projects in the Middle East that have been in service for well over 10 years without any failures, although of course the lumen output will have depreciated over this period. This construction does not allow the light engines to be replaced on site at the end of life and currently the luminaires would need to be returned to Canada for servicing. Future generations of the STR 9 range may incorporate onsite replaceable light engines to fit into a more circular economy model.

In the meantime, the long and reliable working life of the GVA luminaires is also a significant way of minimising carbon footprint, as their products need to be replaced less often.

The STR 9 range is impressive, with a high quality of engineering and several design features that are not offered by other luminaire companies. It will be interesting to review future developments of the range.