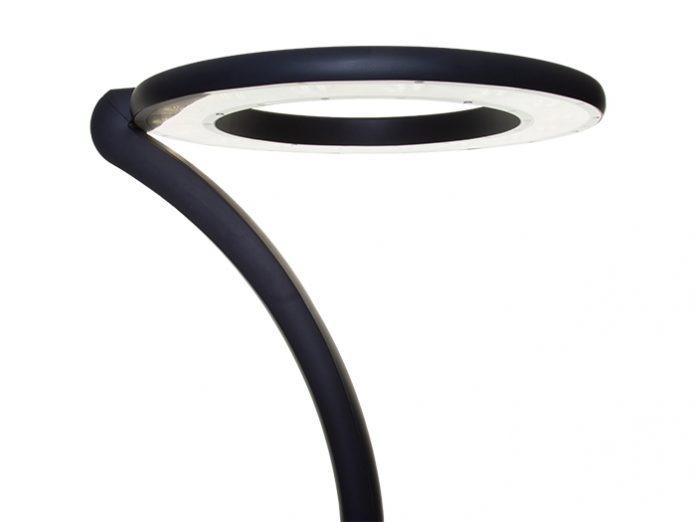 There are many possible starting points for a new lighting company that can define the culture and structure as the company grows. In the case of Kingfisher, the starting point in the late 1980s for founders John and Barbara Harding was the supply of lighting columns and associated brackets. From here, the company has grown and developed into a leading UK manufacturer of exterior lighting equipment for a wide range of technical and amenity lighting applications, including street lighting, high mast, sports, transport, and amenity lighting applications.

Kingfisher provides a full lighting design service in addition to the production and supply of luminaires. The company is also the UK distributor for Italian manufacturers Arcluce and AEC, whose products supplement the Kingfisher product range.

Kingfisher joined the Luceco Group of companies in 2017 and this has accelerated the new product development process and widened its market reach. It now employs 85 colleagues at its headquarters in Nottinghamshire, and a total of 1,650 people are employed worldwide in the Luceco Group.

Early products, in addition to the columns, included the Quarto bulkhead, which was the first dark-sky friendly bulkhead on the market and was introduced in 2010. Originally designed as a CFL luminaire it has been developed into an LED luminaire and is still one of the bestselling Kingfisher products.

The latest product introduction from Kingfisher is the Navar range – a modular exterior ring luminaire. Unfortunately, I was not able to physically test this product for the review but James Miles, Kingfisher’s technical manager, presented the various product features during a video meeting with me.

The in-house Kingfisher development team has added some innovative design features to what can be considered to be a rather generic industry standard luminaire type, and these should allow it to be used in a wide range of projects.

The Navar ring luminaires incorporate a plug together system concealed under removable covers on the top of the luminaire, one on each side, for through wiring. This simplifies installation on site and also allows the two rings to be easily joined together during factory assembly. The design team made efforts to use hidden fasteners wherever possible so that the Navar has a clean, uncluttered and minimal appearance.

Pole options for the Navar range include a central pole, side entry and swan neck cantilever. When the Pro version is supported with the cantilevered arm the control gear is housed within the arm, which allows the luminaire to be a slim and minimal as possible.

It is envisaged that in addition to the pole mounted options the smaller size ring can be used on a catenary support for town centre urban lighting schemes where the trend is to remove as much street furniture as possible. The support and through wiring details built into the luminaire will be particularly useful for this type of application.

The larger diameter Pro luminaire contains 16×4 LED light engines while the smaller Urban product contains 8×4 LED light engines. The Navar optical system can be customised at the Kingfisher factory to meet detail project requirements in a number of ways. The individual light engines can be rotated to optimise the distribution offering asymmetric, one sided or radial distributions. For standard distributions Ledil optics are used, which are available in five distributions. In addition, an in-house designed, custom optic has been developed within the Luceo group that produces a square distribution with peak intensity at 70-degrees allowing public realm spaces to be lit uniformly with the widest possible luminaire spacing while still producing very good uniformity.

Light control is an important part of the Navar design and variety of anti-glare shields can be incorporated to reduce spill light and light trespass. These shields are mounted close to the light source to produce the best cut off and visual comfort.

Kingfisher has ensured that the Navar design is dark-sky friendly with little or no upward light output. The light engines are available with standard 4000K LEDs but also in warm white 2700K LEDs to meet the increasing requirement for bat-friendly and other environmentally sensitive lighting applications.

The Navar range is a useful addition to the Kingfisher range and it will be interesting to see the range of projects that use these luminaires.