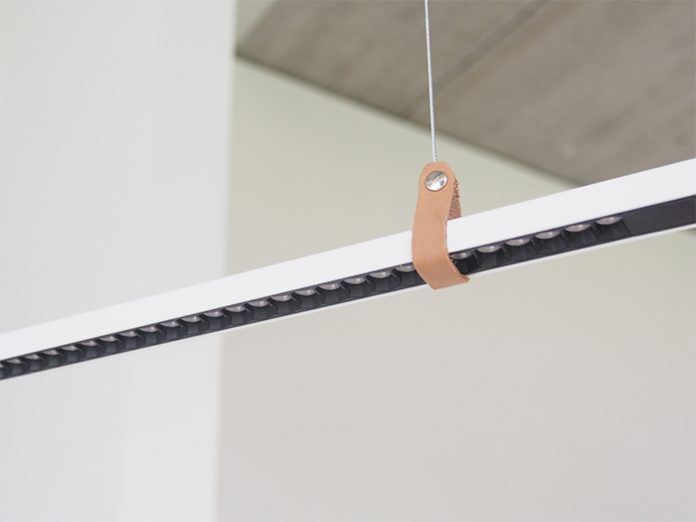 LED Linear shrinks luminaire design to a new level with its latest range, Ultima. Originally due to launch during Light + Building 2020, the Ultima range has now been revealed virtually. David Morgan delves in to find out more.

The world of lighting changes fairly gradually but one continuous trend that I have experienced over many years of luminaire design is the miniaturisation of luminaires and light sources. LED Linear has always achieved a high lumen output from small profile products and has now taken luminaire shrinking to a new level with its Ultima range.

LED Linear was founded by Dr. Michael Kramer, who was responsible for sales and marketing, and Carsten Schaffarz, who looked after innovation and production. They were colleagues at Vossloh-Schwabe Optoelektronik before launching LED Linear in May 2006, initially operating from a garage. The company has rapidly grown to become one of the most recognised brands in the specification linear lighting market, with 150 directly employed staff. The company was acquired by the Fagerhult Group in 2016 and, after three years transition, the two founders have now moved on.

LED Linear has based its systems on the use of flexible LED tape, which is assembled in-house, along with all the various luminaire types at a facility in Duisburg, Germany. Sales are global with branch sales offices in major markets and a network of distributors in smaller countries.

The latest luminaire series to be launched by LED Linear is the Ultima range that was due to be launched at Light + Building  2020 but which, due to the Covid pandemic, has been launched virtually.  The complete range, which has a very wide range of housing and mounting options, all incorporate an innovative, miniature, linear light engine and heat sink assembly only 13 mm wide x 10 mm deep.  The heart of the Ultima range is the light engine, which incorporates chip scale 1mm x 1mm 0.2W LEDs mounted on an 8.5mm pitch.  It is understood that LED Linear is the only manufacturer so far that  has been able to mount chip scale LEDs onto a flexible PCB with the required precision to work correctly with optics. The light output from the LEDs is controlled with a miniature moulded reflector, only 7mm in diameter, and a nano lens optical film combination. The light engine is mounted in an extruded aluminium heat sink housing onto which a moulded miniature glare control louvre is fixed, providing glare control up to UGI 13. The NanoRay 2 optical film used in the Ultima is understood to be a further development of the earlier nano optic system used in the LED Linear Mars system.

There are seven distributions available in the Ultima range, from a narrow 10º spot up to a wide 60º beam and an opal window option for a diffuse effect. There are optics for batwing and asymmetric distributions, allowing the system to be used in a wide variety of lighting applications.

The Ultima S range – the stand-alone version – was the first to be launched in 2020. This is the basic 13mm x 10mm profile, which can be mounted with various clip designs and also magnetic strips that can be fixed with double sided adhesive tape to the body extrusion.  Specific clips allow this version to be mounted onto T-bar ceilings where the width of the luminaire fits unobtrusively between tiles

The Ultima T track mounted range was then launched. This combines a four conductor low voltage track system with the Ultima luminaires allowing them to snapped in and repositioned as required without tools. Suspended, surface mount, and trimless recessed versions of the track are also available.

The latest version is the Ultima P pendant version, which I was given to test. In this instance the linear strip is mounted in a robust steel U channel to provide additional weight thus making a very neat pendant.

The samples I was given were the medium flood with a 40º beam and black louvre, and the batwing distribution fitted with a white louvre. The lit effect of the 40º distribution was fairly dramatic producing a high intensity cut off beam, which was uniform and has  almost no visible colour over angle issues. The batwing version was equally impressive with a wide clean distribution.

One of the advantages in reducing the size of luminaires, in addition to production cost reduction, is to minimise the environmental impact and carbon footprint by reducing the weight of materials used. The Ultima range would fit well into a circular economy model as the mechanical and optical components all snap together very neatly. However, I am not sure how easy it would be to remove the LED tape from the heat sink extrusion after five or more years in use.

It is understood that the Ultima range was developed over a two-year period following discussions with lighting designers in various countries who expressed a strong interest in specifying smaller luminaires with high output and good optical control. The Ultima design and development was undertaken in-house with the top management team involved throughout the process. Franziska Heckmanns was the key product designer for the range,  I understand.

The company reports that feedback from lighting designers and customers has been positive to the Ultima range and a number of projects have already been completed. This latest example of luminaire miniaturisation has been well executed and looks set to be a successful addition to the LED Linear portfolio.