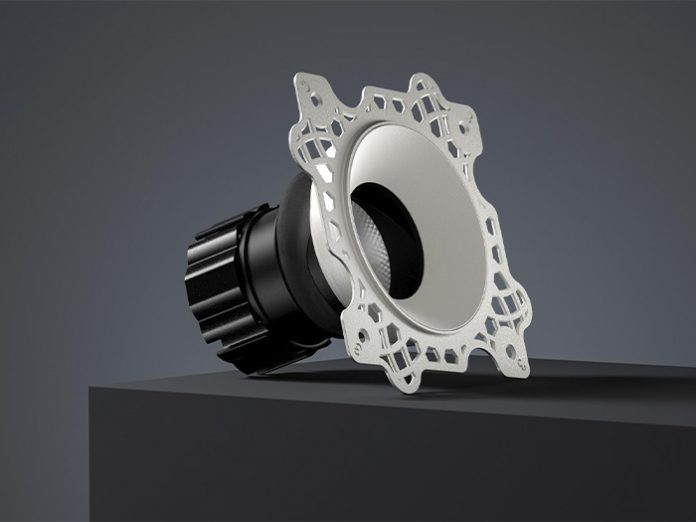 A 50-year business trajectory has taken Orluna from its origins in the aeronautical industry into the architectural downlighting market.

Started in 1973 by a group of aeronautical engineers, the company was involved in early applications for LED light sources for use in civil and military projects where their efficiency, long life and mechanical resilience were ideally suited. This was long before LEDs were adopted for use in general lighting, so the company had a good headstart in their use.

In 2009, Andrew Kilborn took over the company after a career in private equity and venture capital. Under his management, Orluna has become one of the leading suppliers of downlights for high-end residential, hospitality and retail applications, working closely with lighting designers and specifiers around the world. His focus for Orluna is to grow the company organically with a long term investment horizon.

The company is truly international. It currently has more than 50 employees with overseas offices in Austria, Dubai and Singapore and works with a network of partners in 32 countries.

Orluna’s first big success in the architectural lighting market was the Quad 50 range of architectural downlights, which proved to be popular with the international lighting design community and helped to establish the brand.

All Orluna products are made in the UK with an above industry average content of UK-made mechanical components. Orluna plans to increase this proportion to even higher levels in the future. Sustainability is an important topic for the company and, by sourcing more mechanical components locally, it will help to reduce the carbon footprint caused by the shipping required to work with overseas supply chains. It will also allow easier re-use and re-assembly of products at the end of the life of the luminaire when light engines and drivers need to be replaced. By focusing on a limited number of related product types, Orluna is able to create a modular range where common components including heat sinks, light engines and bezels can be used on a variety of different product variants to achieve economies of scale.

The latest product introduction from Orluna is the Fade Adjustable downlight fitted with the new Origin Natural light engine.

Unusually Orluna luminaires incorporate custom COB light engines made to its own phosphor recipe. The previous generation of Orluna light engines, the Origin, features a CRI of 98 with a very high R9 value of 99. Under the TM30 system the Origin light engine has values of RF of 94 and RG of 101. However, the spectrum of the earlier Origin light engine was not fully continuous and had some dips in the violet and cyan areas.

The new Origin Natural light engine improves the RF value to 98 and the RG to 100 so getting even closer to the sunlight spectrum and achieving slightly higher values than a Soraa Vivid 3000k lamp. The spectrum of the new light engine is now noticeably more linear and continuous across all the colours. At the moment, only 2700k and 3000k colour temperatures are available as these are the most used for Orlua projects. A warm, dim light engine is available, which adjusts from 1800k to 3000k with a CRI of 98 and R9 of 98, but at the moment this is not included within the Origin Natural range.

The small improvements in the colour fidelity performance of the Origin Natural light engines should be useful to get the attention of the target market of lighting designers. The lit effect from the Fade adjustable downlight sample I tested was impressive with all colours well differentiated, attractive and with a clean, soft-edged beam with no imperfections.

I suspect that the wide range of distributions available may be of greater interest to designers, with up to 10 beam angles in most of the Orluna range. Ranging from a very narrow 8° spot up to a 55° wash in the symmetric distributions and with two different elliptical beam angles for asymmetric applications.

The Fade adjustable downlight is an 80mm diameter trimless, fully recessed luminaire with a 28° aiming angle. It incorporates both a cone and a baffle for good glare control and visual comfort. With 10 distributions and a wide variety of colour finishes there are many options to fit project requirements.

The development of the Origin Natural light engine and the Fade adjustable downlight were understood to have taken around 18 months. Design Director Graham Lunn and Daniel Mahdavi and Chief Technology officer were responsible for these projects.

The luminaire is constructed from a conventional combination of aluminium die castings, aluminium extrusions and machined components. The build quality and finish are good and the rotation in both axes is smooth with a positive horizontal rotational stop giving around 350° adjustment. The luminaire snaps positively into a moulded ceiling plate with ball catches that will allow further horizontal rotation if necessary. A somewhat flimsy moulded rubber gaiter fills in the variable gap created as the luminaire is angled back to prevent a direct view into the ceiling void which is a nice design feature. The bezel assembly is easily unscrewed to allow the reflector and diffusing window to be changed on site if necessary.

The heat sink on the sample I tested ran quite warm and I noticed that the direct air flow path through the heat sink was somewhat restricted, but I assume that the COB LED running temperature will be within operating limits when used in a ceiling void.

Orluna has achieved a very high level of performance with the new Origin Natural light engine, which should differentiate it to some extent from the many other downlight companies. The wide range of optics and variety of luminaire options, including the Fade adjustable that can use this new light engine will definitely give the company a strong story in this market.