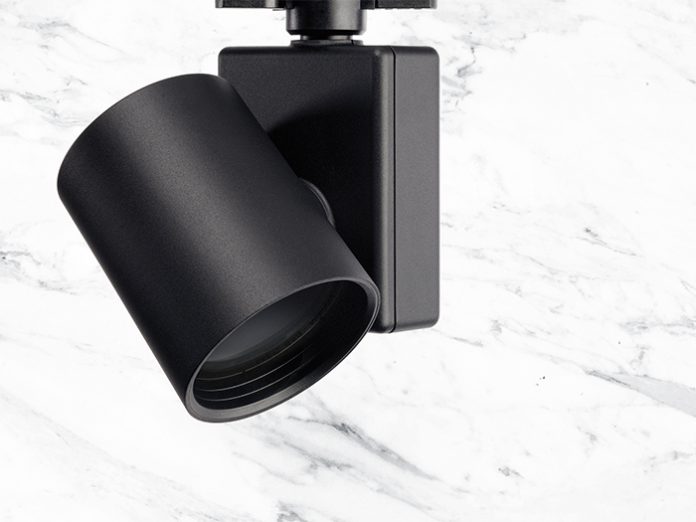 After a fascinating workshop session at [d]arc room livestream, David Morgan checks in with RCL to take a closer look at the DRX1 range, and the iPad-based RCL Control system.

It is unusual to find a lighting company founded by an engineer who wrote and published a successful series of books on how to gain entry to medical and dental school. Joe Ruston’s engineering degree from Cambridge University and experience as a Weapons Engineer in the Royal Navy probably also helped when building Remote Controlled Lighting ( RCL ).

Based in London, RCL currently shares facilities and staff with sister company Precision Lighting and both companies focus on the specification lighting market. RCL grew out of a custom product request to Precision Lighting in 2001 for a remote controllable motorised lighting system for ballrooms. The group has grown from two to 34 employees since 2001 with more than 100,000 fixtures installed worldwide.

The self-evident benefit of being able to aim and focus projector luminaires without the need for cherry-pickers, scaffolds or ladders has become more important due to increasing workplace health and safety legislation. These requirements have significantly increased the costs of manually aiming multiple luminaires in larger spaces. Conversely, the production costs of remote-controlled luminaires have fallen as the various enabling digital technologies develop, which in turn has widened the market opportunity.

Although the first recorded example of remote-controlled, motorised lighting dates back to the 1920s, RCL has developed and refined the concept. The most recent launch is its state-of-the-art RCL DRX1 range.

This new range includes options for remote control of all key functions including movement – pan and tilt, dimming, colour temperature control and focus so that, once installed, there is no need to touch the luminaires except for maintenance.

The DRX1 range includes a wide variety of options for light engine type, including both COB and high-power LEDs, lens type and control protocol.

To accompany the new luminaire range, a new control system has been developed, appropriately named RCL Control. While earlier RCL systems were based on wired DMX, which is still available as an option, the new system is based on the wireless Thread protocol, a low-power mesh networking technology developed for all kinds of IoT products. Thread has so far been adopted by a wide variety of companies including Apple, Samsung, Nest and others and is understood to be highly secure and to have a very fast response time – an important requirement for this type of motorised luminaire.

While all functions on individual luminaires can be controlled by the original RCL hand controller, it seems likely that most projects will be controlled by the iPad-based RCL Control system. The iPad links via WiFi to the RCL Mediator, which can control up to 200 luminaires, and the plan is to be able to control luminaires from other brands, in the same space, at some point in the future. The user-friendly RCL Control interface has some nice features, including the ability to select a setting for very fine control of dimming, colour temperature, beam angle and position. The communication between the luminaire and the control system is two-way so that the actual position of the luminaire is displayed as it moves. Different functions have their own on-screen interaction mode. Beam angle control is achieved via a pinch to zoom action on the iPad, while movement is controlled via joystick and jog wheel interfaces. Colour temperature is controlled via a slider.

The DRX1 sample kit I was given to test was well presented and worked without any problems. The beam quality was good when set to both narrow and wide distributions. The colour temperature mixing was also effective across the range. Dimming is finely controlled from 0.1% up to 100%. The colour temperature ranges from 2200K up to 4000K.

The variable focus feature uses the LensVector liquid crystal lens system; this produces a zoom lens without any moving parts or without increasing the size of the luminaire. The technology, developed by Dr. Tigran Galstian and his research team at Laval University in Quebec City, Canada, aligns liquid crystal molecules to a shaped electric field to create a digital lens. By changing the electric field, the nature of the lens, and therefore the illumination effect, can be manipulated.

The control system includes a very neat scene setting capability so that individual luminaires and groups of luminaires follow pre-set scenes stored in a memory within the luminaires as well as centrally. Luminaires can be programmed by multiple iPads and controllers within the same space to help reduce commissioning time. The RCL hand controller is used to identify individual luminaires via it’s integral laser pointer, when pairing them to the RCL Control light plan, which also simplifies the whole process.

It is understood that the development of the DRX1 range and the RCL Control system were largely undertaken in house over several years by the joint RCL and Precision design team, with Joe Ruston providing the driving force behind these projects.

Apparently, the reaction to the DRX1 range and the RCL Control system from customers and lighting specifiers has been very positive, particularly the ease-of-use design features of RCL Control, and they are both likely to help the company to prosper and grow in this market area.