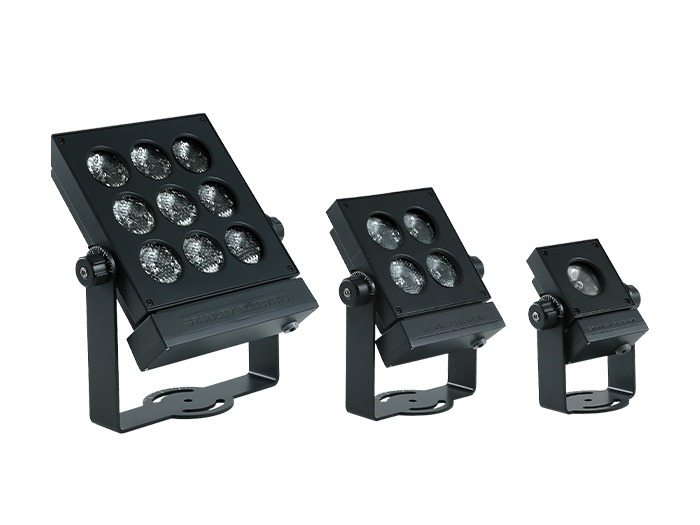 This time around, David Morgan revisits Stanley Electric to take a look at the new LEDSFOCUS Pro, the latest ultra-narrow beam LED projector from the Japanese manufacturer.

Stanley Electric was established in 1920 by Takaharu Kitano to manufacture replacement automotive lamps for the small number of cars (all imported) then on the roads in Japan. The company was initially called Kitano Shokai but this was changed in 1930 to Stanley Electric after the intrepid 19th-century British journalist and explorer Sir Henry Morton Stanley. It is understood that Kitano was impressed by Stanley’s vision, courage, and pioneering spirit.

Stanley is well known for his exploration of central Africa and for his search for the missionary and explorer, Dr David Livingstone. Upon finding Livingstone, Stanley allegedly uttered the now-famous greeting, “Dr Livingstone, I presume?”

The company continues to prosper and now employs around 20,000 people with offices and factories worldwide, the automotive lighting sector still being its main market. The company was early to research and develop LED light sources in the late 1970s and introduced a number of innovative LED car stop lights in the 1980s. The first white light LEDs were introduced in the late 1990s and, this year (2020) a US company was acquired, which makes high power UVC LEDs that can be incorporated in anti-virus disinfection devices. Stanley has, in recent years, developed a unique gold effect LED that has been used on a variety of projects including an installation at the Eiffel Tower, designed by Motoko Ishii.

Over the past 10 years, Stanley’s luminaire division has grown and the range now includes highly technical products for industrial high bay and wide area applications, road lighting and architectural lighting. It is understood that the current Stanley strategy is to grow in the luminaire market by becoming the global leader in ultra-narrow beam LED projectors.

The LEDSFOCUS Pro is the most recent addition to the Stanley range and is a development based on the LEDSFOCUS luminaire that I reviewed in 2014. The main differences between the two is that the LEDSFOCUS Pro has integral line voltage drivers and is available in single module, four module and nine module sizes. The custom optics are now much tighter, with better control of colour fringing and uniformity. This in-house development has taken around a year to reach commercialisation with cross-disciplinary input from Stanley members of staff in both the technical and commercial departments.

At the heart of this range is the custom-designed 60mm diameter lens that was developed with input from the Stanley automotive headlight design team. The single lens version produces a very impressive 1.5-degree beam (FWHM) with a centre beam intensity of 199,000 candelas from an LED output of 195 lumens running at 3.5W. I have not come across another luminaire with such a high output and narrow beam angle, which could be used to highlight individual architectural features over very long distances.

Another new feature available with the LEDSFOCUS Pro is a two-part lens system. The primary lens produces the ultra-narrow distribution from the single LED emitter and a secondary flat optic is used to control and slightly diffuse the beam. The secondary optics are available in one degree steps, giving the lighting specifier very precise control of the final beam angle for each area in a project. From 1.5-degrees up to 10-degrees the secondary lenses are made in 1-degree steps and then two wider optics for 20-degrees and 30-degrees. The secondary optics can be changed on site, allowing the lit effect to be fine-tuned at any time.

The highest output version in the range is the nine lens type and the narrowest distribution in this type seems to be 2.5-degrees (FWHM) producing over 1 million centre beam candelas from 36W. Available LED colour temperatures for all the LEDSFOCUS Pro luminaires range from a warm 2200K up to 6500K, RGB plus the Stanley Gold colour.

The construction of the projector is simple with a large die-cast aluminium passive heat sink that runs at a remarkably cool temperature when saturated. I was not able to open the luminaire to confirm the PCB temperature but it seems as though that the LEDs are operating at a low temperature to give an extended working life and allowing use in high ambient conditions.

The overall product configuration reminds me of a few other exterior luminaires I have reviewed in recent years where water is allowed to run inside the enclosure with drain holes and slots for the water to run out again. This construction allows the secondary optic to be easily changed on site without worrying about compromising the IP66 rating. Interestingly, the secondary optic elements are moulded in PMMA, which has very good UV resistance to sunlight but can be brittle at low temperatures. It would appear that the rather elaborate screw fixing details between the secondary optic and the moulded polycarbonate frame may be included to reduce thermal stress on the lens moulding. Allowing water to run around and behind the secondary optic onto the main window moulding could be considered a self-cleaning feature but I have some doubts about this approach. It will be interesting to see how this works in practice.

Behind the removable front lens assembly, the main clear polycarbonate window moulding is located, which is bonded and screwed to the die-cast body heat sink. The bonded seal between the casting and moulding will definitely make for a highly effective IP66 rating. However, removing the bonded window is difficult, so this design detail is not quite in the spirit of the new EU Eco-design directive that promotes a circular economy approach with the easy separation of light sources, drivers and containing product (luminaire enclosure) for inspection, recycling and re-use.

The rest of the design is simple and robustly constructed with clear aiming angle marking and effective locking and clamping. A solid 5mm thick stainless mounting U-bracket allows rotation in the horizontal plane via the mounting screws. The range also includes a series of add-on hoods and louvres for enhanced glare control.

The optical performance of the LEDSFOCUS Pro projectors is very impressive and a significant improvement on the original LEDSFOCUS product. The mechanical design of the range also overcomes some of the issues that I mentioned in my 2014 review. One of the other strategic objectives that Stanley has set itself with this development is to upgrade the product appearance and my feeling is that some further work is required in this area. It is a clever move to offer three sizes of luminaire and to enable on-site beam modification. The overall branding and perceived quality could be upgraded to reflect the outstanding optical performance.

This LEDSFOCUS Pro is an impressive example of optical engineering and will be a very useful part of the lighting designer’s tool kit where ultra-narrow exterior projectors are needed.