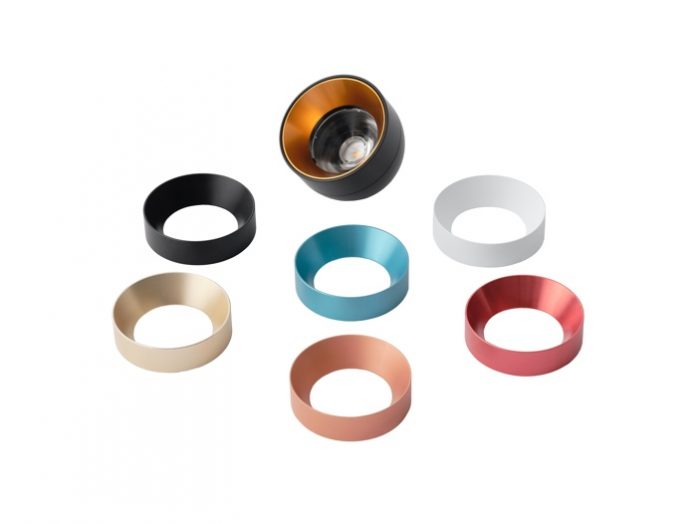 A lighting company with a memorable but unusual name, Tryka, that amalgamates characters from Tri colour (for RGB) with those from the founder’s children, is in the process of expanding its product ranges.

Tryka has established an international presence as a successful manufacturer of linear lighting systems and is now diversifying into a broader product portfolio with the introduction of the new SPA range.

Tryka was founded by Chris Rolph in 2002, who had worked for a number of other lighting companies, including Laser Graphix and latterly for CoeTech, where he was sales director.

The launch Tryka products included a 1200mm 36W linear product, a 36W PAR 56 projector, and 3W 50mm downlight module, which were followed by flexible modules, these are all products that remain staples of the current product portfolio.

‘Inspiration for your imagination’ was the original Tryka mission statement and the company believes it continues to encapsulate that approach based on working closely with lighting specifiers and customising products to meet project requirements.

The company employs 45 staff in two locations. Headquarters and production facilities are based in the UK and this operation is supplemented with a Middle East sales office in Dubai. Working with sales partners around the world, the major markets for Tryka include the Middle East, Europe, UK and the USA.

The new SPA range was launched at [d]arc room pop-up @ Design London in September 2021 and is aimed at the hospitality market, with hotel guest rooms as a particular target.

The central products in the SPA range are two sizes of downlight: 50mm and 70mm with fixed and adjustable versions but the presentation that I was sent as part of the review material illustrates a much wider product range and includes pendants, spotlights, task lighting, and many other luminaire types.

It is understood that an underlying concept for the development of the SPA range was based on the perception that lighting designers are keen to specify luminaire types for hotel guest rooms that all use a common light source and common aesthetic, but with a wide range of finishes and colours. From a lighting design perspective this approach makes good sense as it will help to minimise any discrepancies in light source colour temperature, CRI, and binning. While downlights generally share a common appearance, it may be a product development stretch to satisfy the diverse visual requirements of interior designers for the other luminaire types, such as table lamps and wall sconces.

The heart of the SPA range are the light engines and associated optics. These are designed so that the lighting specifier can select precisely the right light engine for the project in terms of performance and budget. The highest rated LED source is the Seoul Semiconductor Sunlike with a CRI of 97+. For less demanding projects, light sources from Cree, Bridgelux, and Luminus can be provided.

Similarly, the optics range from the Ledil Hekla COB holder with swappable lenses up to the digitally controllable LensVector liquid crystal lens that I have described in my reviews over the past couple of years. I am not sure if there is any level of hotel guest room being conceived yet for LensVector equipped downlights, but when that specification is written then Tryka will be ready. Beam angles available with the Ledil lenses and reflectors range from a narrow 10° up to 120°.

The sample SPA 50 downlight that I was sent to review was fitted with the Seoul Semiconductor Sunlike light engine, medium beam optic and a satin gold cone. The lit performance was unremarkable without any striations in the beam and would work well in all typical applications. The housing was machined from solid aluminium with a good quality powder coat finish for the body and trim and well finished satin gold anodised finish on the reflector. While the solid aluminium metal work provided a reassuringly heavy quality impression and would provide good thermal management, despite the lack of any finning, I wondered if the production costs would fit into the budgets allocated for guest room fixed downlights – even for 6- or 7-star hotels. It is understood that the design of the machined components fits into a circular economy model to allow them to be reused at some point in the future to produce new luminaires.

In order to replace the COB light engine at the end of life in the review sample, the downlight would need to be removed from the ceiling and disassembled but in full production this detail may be changed to allow COB changing from below the ceiling.

[d]arc room. It will be interesting to see how the product range develops in the future to meet the project requirements of lighting designers and interior designers.

The SPA project was led by Ryan Rolph, Sales and Technical Director at Tryka, with the initial range design, including the light engine concept, provided by Simon Fisher at F Mark. The Tryka design and development team then progressed the design into the wider range of products which all incorporate the SPA light engine.

The design and development stages took around a year up to [d]arc room and it is understood that the most demanding engineering challenge was ensuring high efficiency combined with good visual comfort and a perfect lit effect.

As this is a new product introduction, there are no project references yet but it is understood that feedback from the lighting specification community has been positive and supportive of the SPA concept.