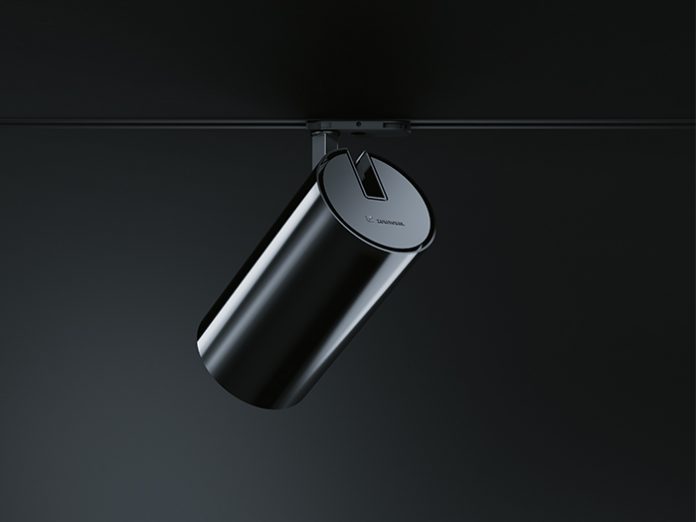 As one of the largest global luminaire companies, Zumtobel has played an important role as a technical innovator and partner for architects and lighting designers for more than 70 years.

The company was founded by Dr Walter Zumtobel in 1950 in Dornbirn, Austria, as a manufacturer of ballasts for fluorescent lamps. Fluorescent lamps had been developed and commercialised in the USA during the 1940s. Dr Zumtobel spotted the commercial opportunity in Europe for this emerging sector of the lighting market. Very quickly, the company moved into the production of complete fluorescent luminaires and this was the foundation for the growth of the company for decades to come. Dr Zumtobel was keen to produce innovative luminaire designs and the company pioneered a number of industry ‘firsts’ while collaborating with leading architects, product designers and, latterly, artists.

The company has sales offices and partners in more than 90 countries and 13 plants on four continents, including the new Tridonic component factory in Serbia. It has over 6,000 employees with more than 550 staff involved with R&D and nearly 5,000 patents; innovation is fundamental to the Group’s staying power.

From the outset, Zumtobel has pioneered the development of energy efficient lighting systems and has more recently committed to a fully sustainable approach to all operations.

With its four main brands, Zumtobel, Thorn, acdc, and Tridonic the company has been able to work with a variety of distribution channels in the lighting market, from wholesaler distribution to specification by architects and designers.

The Vivo 2 is one of the latest new product ranges from Zumtobel. The range is modular and includes three sizes of interior projectors developed for a wide variety of retail display and architectural lighting applications. Apparently, there are more than two million options available across the range. The three sizes of luminaire body can be mounted onto tracks, on surface plates, semi recessed into ceilings, or suspended as pendants. All versions use a COB LED as the light source and a series of reflectors, fixed angle lenses and zoom lenses can be attached and removed from the spotlights without the use of tools. The lens versions, which will be released later this year, have a specific light engine configuration so that the lens and reflector versions will not be interchangeable.

The Vivo 2 samples I was given to test were all of the reflector type and produced a nice, clean distribution with all the reflector beam widths. The twist lock reflector mechanism worked well. I was rather surprised to discover that there was no protective window over the COB LED which could be vulnerable to damage during reflector changes or the build-up of dirt over the years of use.

Dimming is via DALI and a wireless option based on Casambi is also available.

To achieve the maximum lumen output for the largest size in the range, an exposed driver integrated track adapter is the only option due to thermal management requirements. However, for the lower output versions of this size, and for the smaller diameter spotlights, there is a fully recessed driver integrated track adapter version available. The large and medium sizes offer an integral driver option. The luminaires are available in nine colours and finishes and a front trim ring can be fitted in contrasting or matching colours.

The detail design of the Vivo 2 range is very well-executed to minimise assembly time costs and eliminate screw fixings wherever possible, which has the added potential benefit of making disassembly at the end of life quick and simple.

In each spotlight’s body assembly, there are only four screw fixings, two to hold the COB LED holder onto the body casting heat sink and two more to clamp the hinge joint. All the other components are held by snap fits or twist lock details. The range of reflectors moulded in polycarbonate with vacuum metalised finish twist into position in the spotlight body and can be easily removed and replaced without the need for tools. The moulded front ring holds the reflectors and can also accept anti-glare and other accessories. The integral mains voltage driver used in the larger sizes slides neatly into place from the back of the spotlight and the LED holder makes a direct electrical connection between the driver PCB and the contacts on the COB LED, while also locking the driver securely in place. The back cover that encloses the driver-snap fits neatly into place in the body casting.

The hinge mechanism is an industry standard type used in notebook computers that are designed for a large number of folding cycles without losing strength or friction and thus providing an extended product life.

It is understood that the Vivo 2 has been designed to fit into a circular economy model and this has clearly affected many of the detail design decisions made during the development of the range. To extend the product life, the COB LED is designed to be easily removed and replaced with only two fixing screws. This is said to extend the product life to 100,000 hours. I assume that the reason for limiting the replacement of the LED to one change is that the driver life is likely be around 100,000 hours as it includes electrolytic capacitors, which will tend to fail within this timescale. However, the ease of driver replacement would seem to open the possibility of cost-effectively changing both LED and driver to further extend the product life. It is likely that driver design and technology will develop over the next 10 to 15 years, so by that time driver life may be much longer than it is at the moment.

The Vivo 2 development took two years to complete. The Viennese-based product design company EOOS, who have worked with Zumtobel on a variety of previous projects, were responsible for the design, with development being undertaken by the in-house engineering team. In a product promotional video presented by Harald Gründl, one of the founder designers of EOOS, he explains how many of the components of the product range can be either reused or recycled as part of a circular economy model. This is a frequently discussed topic at the moment with many manufacturers promoting their circular economy credentials. In this instance I wondered how easy it would be to recycle the polycarbonate reflector mouldings used in the Vivo 2 range with their aluminium coatings. It was also suggested that the body castings could be reused as part of complete new products, which may well be possible. However, again I wondered if, in 15 years’ time, retail spotlights will need to be as physically large as the Vivo 2 range or if they will even need aluminium heat sinks of these dimensions, given the continuing rise in LED efficiency and safe operating temperatures.

Nonetheless, the Vivo 2 range is a very well-designed and soundly engineered range and has already been well received by specifiers and customers, with orders from a number of European retailers already received.