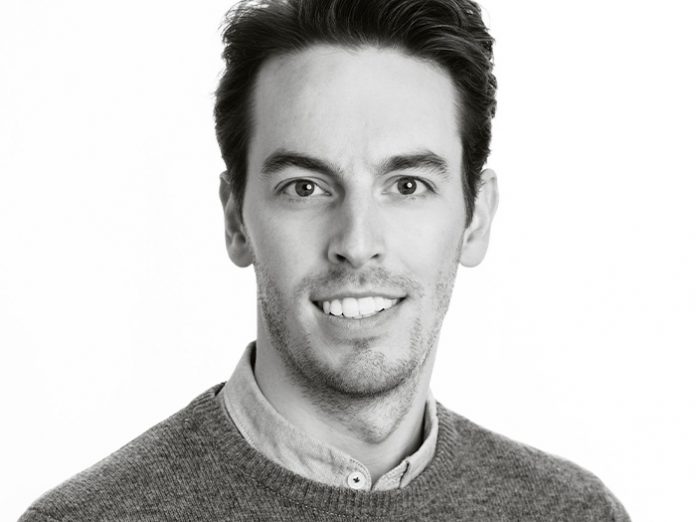 It all started with a replacement part for a linear fluorescent tube. While browsing through a luminaire storage, checking for functional luminaires to salvage, I discovered a classic T5 luminaire with a missing end cap. It was a merely aesthetic flaw since the luminaire was functioning fine otherwise, and I was sure that this would be an opportunity to start investigating into 3D printing to allow me to reproduce this specific part of the luminaire. The scope was identified with a measurable goal and I tried to reverse the design process to build a duplicate from the existing end cap.

In all beginnings and when entering a new production method with different workflows, roads are bumpy and the first steps are unavoidably subject to multiple trial and error processes. But I felt that 3D printing can become an essential part of our design exploration process to find suitable dimensions, shapes and forms and serve to understand the production and creation process better.

From Idea to Form

Purchasing a sliding caliper immediately became useful when starting detailed measurements on luminaire parts. The end cap had a rather simple cylindrical shape with delicate mounting bits in the bottom to connect to the socket base. After reviewing the first 3D printed part from the 3D file I had generated, I was caught by surprise.

The 3D printer is capable of spitting out a digital model, transforming data into a tactile product. But the quality of the result was far off from my expectations, with exception of form and material thickness of the generated object. This led me to analyse the piece in detail, revising the modelling workflow and the transition into the “slicer” (the programme that translates the 3D model attributes for the 3D printer). Following these steps, I was able to refine the surface structure and quality, optimise the necessary support structure to print this piece and get consistent results. It took a few attempts to figure out the correct tolerances to make the end cap snap onto the socket without using too much force. Simultaneously, I was interested in trying different material types with a variety of characteristics besides the polylactic acid (PLA), which is most commonly used in the FDM (fused deposition modeling) 3D printing process and engaging in online learning courses that helped me to calibrate and utilise the 3D printer more efficiently.

It still feels like scratching the surface of options and opportunities connected to 3D printing, since the possibilities and knowledge exchange in the field of 3D printing are endless. But these first iterative steps to arrive at an adequate and bespoke 3D printing part made me more interested in more complex tasks.

From Form to Fit

My creative process was certainly boosted by changes around the office leading to closer cooperation with the architectural studio GPA (part of AFRY). In 2019, we started to extend the 3D printing hardware in our common workshop/light lab at the office, allowing faster and larger 3D prints. It helped us to react instantly on projects where we wanted to apply customised fittings. We were able to deliver mock-ups and conceptual solutions ranging from luminaire brackets to reflector parts. In this stage we mainly used the 3D printing capabilities to make tests and give clients an idea of scale and form of the final tailor-made product part. Due to its rapid and almost instant nature, additive manufacturing supported our decision-making process. The awareness of 3D printing was rising, and we even cooperated with manufacturers who sent us 3D data of additional luminaire parts for mock-up luminaires, since it was faster to produce these add-ons locally than to send the spare parts to us by post. This made me realise that 3D printing can become a major part of a circular economy system and a sustainable alternative for the existing linear production due to its decentralised production capabilities.

The focus changed from just using the technology to replace or supplement parts to designing a 3D printed object first, which could then be produced in series.

From Fit to Product

Materialising ideas and the production of custom-made parts has become significantly easier and more accessible through additive manufacturing. We are now able now to react and adapt to changes in the detailing stage and proactively find solutions for difficulties and issues at the project site. But to allow a higher print volume, more accuracy and sturdiness for the object, while reducing costs and production time per piece, we were looking for partners using suitable 3D printing technologies to cooperate with.

One of the new signature structures in Sandnes, a city located on the west coast of Norway, will be Ruten, which has long been the region’s largest transit interchange point. The area has undergone an extensive infrastructural transformation, leading to a new key pivot point for the city featuring an urban park with a canopied ring structure. The design brief in this project, developed and designed by SpaceGroup Architects in Norway, was to install luminaires at predefined heights into approximately 60 round pillar cavities of a filigree bearing roof structure with an organic shape. The lighting concept for the urban area focuses on using mainly indirect reflected light from the canopied structure provided by the pillar integrated luminaires, resulting in a soft and diffuse lit area providing guidance and orientation while simultaneously highlighting the volume of the structure.

We are currently in the final stage of completing this project – our first where 3D printing is a vital and integral part of the fixture design.

The diameter for the prefabricated cut-outs in the pillars was defined to be 10cm and the difficulty of this task was to create a luminaire component that seamlessly connects the convex shape of the pillar and holds an adjustable standardised exterior spotlight fixture firm in place. Additionally, other challenges, such as different material thickness of the pillars and the fact that all components needed to fit through the 10cm hole as only access point, influenced the design process for the prototype.

After plenty of considerations and numerous design alternatives with regards to optimised light distribution, colour, fitting and installation, as well as in regard to the workflow for the electrician, were carried out and we arrived at a final design solution with a consistent and coordinated design for a prototype in January 2020. A mock-up was subsequently performed in a warehouse and all project participants were able to see this hybrid solution of a tailor‐made 3D printed secondary reflector and a standard exterior spotlight.

Together, with the producer of the 3D prints, we discussed object joints and fillets, material choice and thickness as well as tolerances to be able to deliver a holistic and comprehensive design that is long lasting and easy to install and maintain on building site. Funnily enough, the producer is located 20km from the building site, a fact that became significant in the beginning of February 2021.

After all components were delivered to the site, we received a phone call informing us that the cut-outs in the pillars were performed through a different method, resulting in higher tolerances of the cut out down to around 8cm. We managed to tackle this deviation by redesigning and adjusting the secondary reflector and could deliver new prototypes on site for fitting within three days, without the need to wait for a shipment from further away.

We expect the project to be done in the first quarter of 2021 and are looking forward to the results. I am of the opinion that we have not yet leveraged all of the possibilities that lie within the 3D printing technology. We are on the verge of making 3D printing a powerful element in the lighting designer’s toolbox.