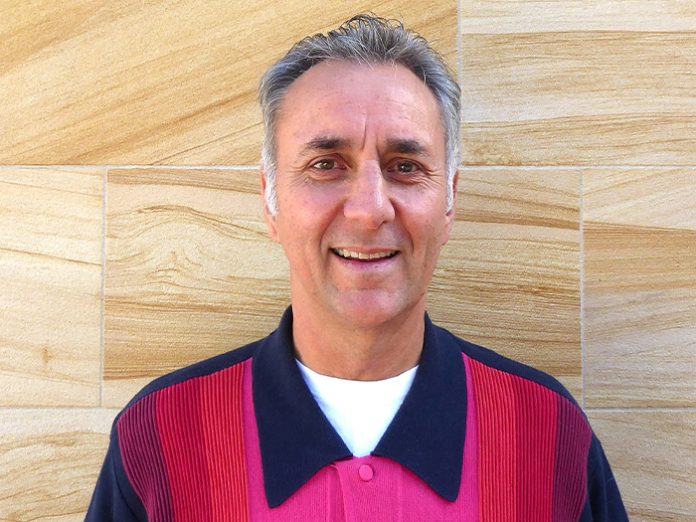 David Becker, Chair of the Certified Lighting Designer Commission, speaks to lighting designers around the world on the importance of gaining proper certification.

Having been involved with the Certified Lighting Designer (CLD) programme from its stirrings, initially as a member of the Certification Feasibility Task Force and in recent years as Chair of the CLD governing Commission, I’ve had the pleasure in various ways and at various times to present the value and importance of certification.

We are kidding ourselves, deluded even, if we blithely think our vocation can forever skirt the norms and standards expected of other professional services. Fellow Aussie, Andrew Jaques, CLD and Director of Australian and German firm, The Flaming Beacon, underpins the problem of the profession: “Certification is a much needed and important step for the maturing of our young industry, one that would help architects and clients to have greater confidence in us as professional architectural lighting designers.” Luke Ellis, CLD and Associate IALD, and Senior Lighting Designer at EOS Lighting in Vancouver, Canada also recognises the need for professional recognition: “I saw CLD as the epitome of assessment for our unique and global profession, which would justify our role in the AEC industry.”

Anyone Can Call Themselves A Lighting Designer

It’s simply untenable that anyone, without regard to talent, aptitude or experience, can trade as an architectural lighting designer. Sure, talented people eventually acquire a reputation, which defines their competency, but what about those who don’t possess talent? Isn’t that a risk to the profession? By enabling unskilled people to masquerade as “professional” lighting designers we promote the idea that anyone can do it and, therefore, it requires no expertise.

Vladan Paunovic, IALD, CLD and Creative Lead Designer at Ramboll Architectural Lighting Design, from a Danish perspective, states the need for a credential to offset the flimsiness of “lighting designer” as a professional moniker: “This could be a guy who just sells gobos in an online shop or someone working in manufacturing, with no understanding of design,” says Paunovic. “These people are doing nothing wrong; they are just being creative to commercialise their business positions. CLD has brought an elegant solution to this problem.”

Paunovic particularly likes the unpretentiousness of the CLD concept; it gives the necessary recognition to individuals who can demonstrate skill through their portfolio regardless of scale, project type or budget. Tejas Doshi, IALD, CLD and Chief Design Officer of Light & Beyond in India, reinforces the need for certification: “CLD differentiates me from others because in India every Tom, Dick and Harry calls themselves a lighting designer whether they are qualified or not.”

In some quarters, this unsustainable situation has promoted a discussion of licensure. However, the world of licensing is a dramatic step that would have consequences many designers do not understand. Licensure is a compulsory regime that would restrict trade to a specified territory (that’s what licenses do) and would require passing a mandatory test or examination. Rosemarie Allaire, FIALD, CLD of RALD in the USA and Vice Chair of the CLD Commission, highlights problems with a licensing model: “In the United States, a license would need to be issued by 50 different states and 14 territories,” states Allaire. “What would be the licence requirements? An exam? Experience? Who would decide? Undertaking and coordinating this huge process would take years. And what would be the costs to each state (and the individual)? CLD solves this – it is a voluntary application not restricted to any particular jurisdiction. It’s a system of self-regulation developed by the profession and assessment is undertaken by trained lighting designers who understand the standards expected in the industry.”

In a licensed environment it would be illegal to practise as a lighting designer without a license. Licencing would also be something our profession would have little or no control over, in terms of what constitutes competency and how it would be administrated – licences are typically managed by government appointed authorities, and all that that implies.

CLD is an initiative that steps into this void, a certification programme that is voluntary, designed by architectural lighting designers, assessed by lighting professionals and independently governed by an autonomous commission of lighting industry experts. CLD has no territorial limits and is designed as a global standard. It measures proficiency through written responses submitted by the applicant to a published range of questions supported by portfolio evidence. Spanish lighting designer, Marta Coda, CLD shares: “the value of certification is huge… only if we make lighting design serious with certification will it be recognised as a profession.”

Like all certification programmes, CLD requires continuing education. Ta-Wei Lin, CLD, IALD of CMA Lighting Design from Taiwan says: “CLD is a clarion call that our profession is as important as an architect, interior designer and engineer. It proves that I have holistic knowledge of the practices of lighting design. It also means I have to keep educating myself with new information and training.”

At our fingertips we have CLD, a system designed to deal with an existential threat. By contrast, licensure seems not only inappropriate for the needs of the architectural lighting design profession but a distraction and unrealistic in any foreseeable timeframe. Rather than a mandatory academic test, CLD is a voluntary assessment process that asks the candidate to respond to a standard set of questions using their portfolio as supporting evidence. It’s a system that defines proficiency through proven experience. No written exam can capture proficiency in practice or artistic merit.

The Fight To Maintain Relevance

Rachel Fitzgerald, CLD, IALD and Senior Associate at Stantec shines a North American light on the predicament: “Lighting designers are in a fight to maintain relevance in an ever-evolving industry, competing more and more with sales representatives and design/build electrical contractors. Shouldn’t we have a metric for gauging if lighting designers are qualified and capable of doing this highly skilled work?

“CLD helps distinguish both myself and my firm’s lighting design services, demonstrating proficiency on the basis of evidence. Certification is a true differentiator that can clearly identify qualified lighting design professionals.”

Other leading lighting designers around the world agree. Andreas Schulz, IALD, CLD and Principal of Licht Kunst Licht in Germany conveys his enthusiasm for certification: “As CLD is the first global evidence-based assessment of proficiency in lighting design, I was immediately convinced that I needed to be part of it. CLD is the basis to raise awareness and respect for our profession.”

The views above highlight a remarkable consistency of outlook around the globe. But any certification programme, voluntary by nature, only has currency when it achieves critical mass – there must be a significant number of certified practitioners for the system to have meaning and value. With a large representation of certified lighting designers (CLDs) the credential will have real clout. Julia Hartman, CLD and IALD, Principal at Lightsphere in Switzerland concludes: “the acceptance and recognition (of our profession) can only work when we get a greater acceptance and awareness of CLD.”