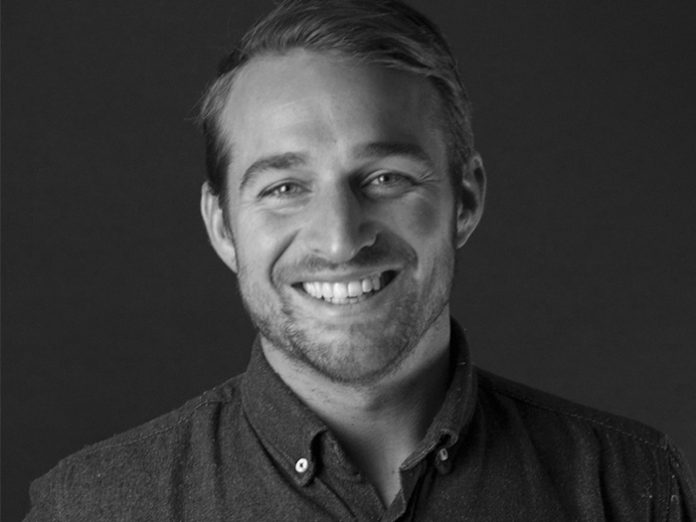 The newly rebranded Phos was officially unveiled at [d]arc room. Formerly Ecoled, the company announced its new brand with a special film entitled The Power of Light. arc spoke with James Cadisch, Development Director at Phos, about the film, the rebrand, and the next step for the company.

I slightly fell into lighting, as it seems most people do. Ten years ago I left the City for the bright lights of manufacturing and never looked back. What I didn’t realise was how passionate I was going to become about the subject and how powerful a medium it is!

You unveiled the newly rebranded Phos at [d]arc room. What was the reason for the rebrand?

Ecoled formed in 2008 when LED lighting was still in its infancy. The company was initially aimed at capitalising on energy saving, as the name intimates. We repositioned our focus in 2013 on the architectural grade specification market. Our business capitalises on its strategic relationships and knowledge from the company’s investors, where we have uniquely been able to draw upon a century of materials expertise in metals to create our own superior product lines in the UK. Having undergone a development in both product and core values, we decided a new, more apt brand name was necessary and launched, Phos.

Following the change, will we see a shift in direction or approach from the company?

Our new focus is to support our specification partners in challenging our target customers to rethink their decision making on the importance of their lighting, and the positive impact products such as ours can make to their homes or businesses.

We place significant emphasis on the provenance of the materials we use to manufacture. These are the building blocks of our products. ‘Phos’ is a Greek word, which holds an important place in the building blocks of the language of the Western world. Phos means ‘light’ and represents our dedication to this magical medium in all its glory. Phos is an evolution of over a century of technical expertise, forward thinking creativity and precision engineering. This combined knowledge within the team has culminated in the rebranding of our architectural lighting company.

Alongside the new brand, you launched the film The Power of Light. How did this come about?

At the heart of our company is a passion for lighting and its significance in our world. Light is arguably the most influential force on how we perceive and connect with the world around us, but we felt that people often overlook the impact it has on us and the spaces we inhabit. The best way to try and articulate this message is through a film and after two years we finally got there!

What do you hope to achieve with the film?

We believe in The Power of Light and our ambition is to build a collective consciousness, and admiration of its benefits to our lives. We hope this film will help elevate light in the architectural environment, so it is fully considered. This in turn should help raise the profile of lighting.

Will you be touring the film around? How can people view it?

We have had a positive response from the film so far and several trade/industry websites and portals are kindly hosting it online for us. Our aim is to also feature it at other trade shows and events throughout the year too. Alongside these, the film can be found on our website, under our Power of Light section. We are also releasing a series of exciting and informative content, told through some of the world’s most respected and celebrated lighting designers, called Conversations with Light. Their passions and beliefs are aligned with our core values and focused around the emotion that light can bring, so that our community can feel its power.

Do you have any new products to coincide with the rebrand?

The rebrand is a culmination of years of background work which the company has undertaken. To compliment the rebrand we are delighted to announce the latest edition to the Phos family; the highly versatile, modular patented projector range for indoor and outdoor, the Orba. Our design philosophy has always been to develop and engineer highly original products. Our new spot light range is not just another “Can on a stick”, but a sphere. The range features a wide choice of installation options from track, recessed, pendant and drop tube. The high range of adjustability is achieved by a magnetic ‘puck’ and rail design that enables the lighting designer complete control when commissioning.

I think it is an incredibly exciting time to be involved in the lighting industry. When I first started in the industry, LED technology was still very much evolving, and people didn’t always understand the importance of light or using a design consultant such as a lighting designer. A decade on and the industry is looking very different. The technology is superlative, and consultants really do have a design palette of lights to choose from. Creative limitations are only in the eye of the designer. Consumers and end clients are becoming much more aware of how integral lighting is to the success of an architectural scheme and on the back of this more and more lighting design practices are appearing. We at Phos truly believe that lighting is finally becoming a key factor in the building industry and we feel proud to be part in elevating its importance and help advocate its power!

The Power of Light can be viewed online here.