Dividing his time between teaching and his architectural practice, Miami-based Jorge L. Hernandez speaks to arc about his exhibit at the Venice Biennale, focusing on the integral role that lighting plays within architecture, both physically and spiritually.

While the architecture headlines are regularly dominated by the latest designs for the newest, ultra-modern, up-to-date buildings, there are some in the industry that prefer to pay tribute to the great works of the past.

One such architect is Jorge L. Hernandez. Based out of Miami, USA, Hernandez is both a professor and practitioner of architecture, balancing his time between his eponymous architecture firm, opened 32 years ago, and teaching at the University of Miami.

Owing to his multiple commitments, Hernandez’s architectural practice remains relatively small at ten people. As such, a lot of his work is done collaboratively, as he explained: “On larger projects, I’m brought in to do the conceptual work, then stay on in a supportive role to ensure that the design is faithfully executed. I don’t want a firm of 120 people. I want to still be able to go in and out of the classroom.”

Despite the firm’s small size, it hasn’t limited the type of project that Hernandez has worked on, although he concedes that over the course of the last 30 years, the majority of his portfolio has been residential projects. That said, he has been able to develop a diversity of projects, including the design of a new courthouse in Williamsburg, Virginia, a number of religious structures, including churches and synagogues, ensembles of large urban buildings in Miami, and the renovation of an historic municipal building into a museum.

This renovation ties into one of Hernandez’s main passions – heritage work. Something he has implemented across both aspects of his career. “I’ve been very involved in heritage work across the years, as an advocate and architect; and that work has opened other doors,” he explained.

“I’m very interested in cross-pollinating the academic work and the professional work by exposing the students to heritage stewardship. I’ve travelled with my students to many places, for example to Santiago de Cuba, to work on churches that were affected by Hurricane Sandy. The twelve colonial churches and their corresponding plazas form a framework around which the city of Santiago was built. We nominated these to the World Monument Fund Watch, and we’re now working on a 300-year-old synagogue in Curaçao.

“Heritage work is rich by nature, and by definition cross-disciplinary. In engaging real world exercises, students learn by the application of knowledge. When appropriate, I try to position the student at the boundary between academic work and professional experience.”

Because much of Hernandez’s work is based on heritage projects, it’s hard to determine whether he has a ‘signature style’ – a term that he isn’t particularly fond of – however, working on such a range of projects from different eras has had a profound impact on Hernandez himself, and on his work as well.

“I dislike the word ‘style’ in its current usage. We seem preoccupied in labelling architecture before the perspective garnered by time has been understood. When you work in heritage, you’re exposed to many different architectural expressions,” he explained. “In the face of excellence, regardless of what period, you start to see a commonality in the dedication to detail, the logic of construction and innovation, which happens across the ages as a function of problem solving by imagination.

“We can learn from this, even though we might not be in the same place and time. If we keep delving deeper, studying works of heritage, peeling off layers and getting at the core of its idea, then the buildings of the past are always informative and alive. I’d like to think that relationship of architecture to time and its passage has very much influenced my work.”

This approach means that for Hernandez, architecture is more about context, and building something that will last, rather than about implementing a particular signature aesthetic or appearance repeated with each project. “It’s more about a comprehensive notion of sustainability and fit, where one decision now will have a ramification well into the future.

“I call it proactive stewardship: our actions now are a form of stewardship because you’re taking care that a building can be looked after with minimal investment for a long time.”

Hernandez’s assertion that we can always continue to learn from architecture, no matter its age, is a further element that fuses his professional work with his teaching. He believes that “if nothing else, an architect should be humbled before a building that dates back 100, 200 or more years and needs care so yet another century can be added to its life.”

However, it’s not the only message that he tries to instil in his students, as he elaborated: “It’s really important to reduce everything to the point of fundamentals, which is another way of saying to get to the radical essence, the origin, the idea of a project, so that what you start with can be sustained over time.

“I’m interested in the ethical concerns that govern the act of building today, and how those concerns can guide the students’ development. At the same time I always try to find their voice and encourage it.

“I try to guide them to that space of understanding common principles as seen from individual vantage points. So by the time they’re at graduate level coursework, I’m coaching them to hear their own voices more clearly, develop their own ideas and become more aware of their individuality in the collective search for answers.”

This interaction with younger minds is a great source of joy for Hernandez, not only in shaping their future but also to provide new perspectives for himself.

“People ask me how I split my time. The good thing about entering the classroom, whether with first year students or graduate students, is that their minds are supple and open. And I believe the nature of studio teaching, of architectural education, is not strictly a hierarchal model at all. So if you think through problems together, you work in dialogue, the experience is a collaboration, which is good for them, and really wonderful for me.”

Throughout Hernandez’s work, while there is no overriding ‘signature style’, the role of lighting, and in particular the use of natural light, remains prevalent. Hernandez ascribes this to his childhood in Cuba, and the large, Bauhaus-esque residential tower, built by his grandfather and two great uncles, in which his family lived.

“In my memory, the light was always crystalline there, and having lived most of my life in the tropics, it’s hard to avoid an awareness of the quality and power of light. Very early on in my work I started thinking about light in architecture, and it’s one theme that will continue to be important.

“I think of light as a chisel that can hollow out the voids of a great edifice with laser sharp penetration, constructing the beautiful voids of architectural space. Light is a feature that, regardless of style or character or context, regardless of which inflection the occasion calls for, is a constant in architecture. It ties us to a place, in the grand scheme of things. When I travel now, I’m very aware of what the light is doing at the time of year, of day; when I look at buildings I’m always analysing how natural light is handled and manoeuvred.”

Hernandez’s approach to light was evident for all to see at the 2018 Venice Biennale, where he, alongside close friend and long time collaborator, photographer Carlos Domenech, was selected to exhibit as a part of ECC’s Time Space Existence exhibition. Although each chosen separately, the pair decided to collaborate on one joint space. Divided into three ‘chapters’, the first featured a selection of Domenech’s work entitled City of Shadows, the second, created by Hernandez, was called Architecture is Made of Light, while the final ‘chapter’, Light Box, was more collaborative, featuring the heritage piece that Hernandez, Domenech and the University of Miami worked on together regarding the recuperation of the colonial churches in Santiago de Cuba following Hurricane Sandy.

The narrative for Hernandez’s Architecture is Made of Light installation was divided into three separate sections, as he explained: “The first engaged the physical aspects of light, not just visually, but also corporally, sensually, by the wondrous incorporation of light in all sensory ways that architecture participates in.

“The second idea looked at light being the intellectual agent of architecture, which leads to the ‘light as a chisel’ analogy, in that it hollows out space, which is the centre point of architectural composition.”

The third section focused on the spiritual concept of light, as evident in works of heritage. “In being mindful of places that human communities have built, we realise that stewardship is a form of engaging in a very intimate relationship with others across time,” he continued. “When restoring an old building, you decipher the designer’s thoughts, restore the craftsmen’s skill, understand the community’s values, discover the patron’s intent, participate in the history of the generations of occupants, and more. Heritage work involves care which connects to others across time and space, that is its spiritual dimension.”

This spiritual dimension of light is an area that Hernandez feels is more apparent in some projects than others, and is something that can be harnessed and celebrated, particularly in sacred work, “because of the metaphor of light and divinity, regardless of faith”.

“Whether you’re talking about a mosque, a church, a synagogue, a temple, there has always been this analogy of light and divinity in sacred space. In that case, the association is obvious, and rich, and you have a wealth of material to play with.”

There are times though when it is not as clear, like in the case of the Williamsburg courthouse, a commission secured from an international competition entry. Hernandez explained: “There was an interesting requirement in the program brief that stated a preference for natural light in the courtrooms, but discouraged the use of windows for security reasons. It seemed like the Riddle of the Sphinx.

“Solving that problem is what gave rise to the architectural solution of bringing an unseen source of top light via three shared light wells into five courtrooms distributed on two separate levels. Inside the courtrooms, the soft, filtered light became an allegory for justice.”

Since creating the installation at the Venice Biennale, Hernandez revealed that he is now much more aware of “seeing how every commission can promote a novel handling of light”.

“The question is how to appropriately fit the handling of light with the purpose, place and meaning of each commission.”

This approach, of considering light as an integral part of architectural design, as a “chisel” that opens up a space, is something that Hernandez believes should be shared amongst his fellow architects. “This is among the ethical concerns, the question we must continue to ask. How do we build by equitably sharing our inherent cultural heritage and the heritage of nature’s resources? And I think the search for the answer is true not just for light, but in all ways where architecture participates in our natural resources. As architects, we have a responsibility when interacting with the Earth, and everything that brings with it, those are occasions for elevated thinking.

“In my work, very directly it’s been my tripartite study of light, but it has also included concerns with efficiency, and the use of surface, winds and local weather patterns, recycling, frugality, abundance, tradition and all without necessarily predicting the absence of joy in architecture. The list is endless.

“That’s the big picture, that’s what we have to figure out as architects, and more than architects, as communities.” 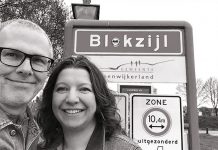 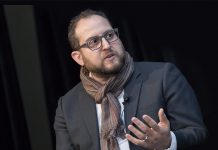 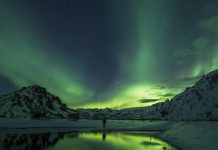