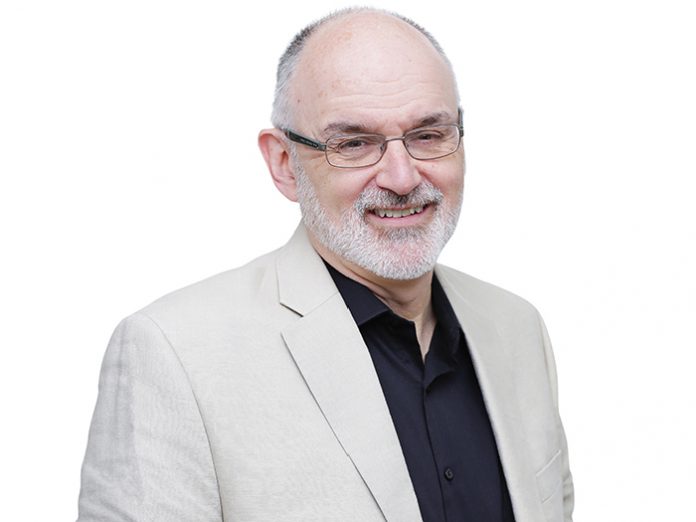 Following the acquisition of Illumination Arts by HLB Lighting Design, arc sat down with Ken Douglas, Principal at HLB Lighting Design to discuss his lighting design journey, the decision to become part of HLB and the benefits that such a move will bring.

What made you decide to become a lighting designer?

I’m one of those people you occasionally hear about who had a teacher set the course of their life at an early age. In middle school, I had a teacher who involved me in the school’s theatre programme doing sets, lights and sound. Those early experiences led to community theatre and a single-minded goal of becoming a lighting designer.

I owe Mr. Genovese a lot.

Give an overview of your career to date.

In my early twenties I decided to move from pursuing theatre work to seeking a job at an architectural lighting design firm. (I found that I wanted to have more stability and security than I found on the theatre side.)

My first architecture job was working for a gentleman named Ed Feldman, who was an early practitioner, and at the time was designing lighting for retail stores. From there my next major job was with David Mintz, Inc., where I would work for the next fifteen years. There I became an Associate Principal, where along with Faith Baum, we managed most of the day-to-day activity of the firm.

In 2003/2004 Faith and I decided that our career path required a change, which led us to found Illumination Arts. We would grow IA for the next fourteen years. Over that time we developed several strong and unique market sectors, including infrastructure and signature bridge projects.

Over the course of this entire period, I have been very involved in the lighting community, particularly IALD, where I served for many years on the board of directors, and where I had the good fortune to make many friends throughout the worldwide industry. That time spent doing that volunteer work has been some of the most satisfying of my career.

You moved to Osram and then back to IA. Can you explain that decision?

This was in the midst of the recession, and we found that the firm was having difficulty supporting the staff and two principals. Not wanting to place myself in the position of competing with the firm I founded, I made inquiries on the manufacturing side of the market. After about fourteen months, the economy improved and we were able to reverse that decision and come back together again at Illumination Arts. It proved to be a good port in a storm.

How did the decision to become part of HLB come about?

This actually goes back to the relationships I’ve formed within IALD over the years. Barbara Horton and I became friends through our time on the IALD Board, and would occasionally meet for lunch to catch up with each other.

In August of 2017, during one of these lunches, we were discussing where our firms were going and what we thought each firm needed to continue to grow to the next level.

We realised that the needs we were describing were things that the two firms could solve for each other.

What are the advantages of becoming part of HLB?

I think we all believe the advantages are manifold for all of us. For IA it provides a depth of resources and infrastructure from which to serve that client base and continue to grow and expand within the multi-office, national footprint that HLB already possess.

From the HLB side, it provides immediate additional growth with the addition of new staff (including two principals) in the New York and San Francisco offices, and access to new market sectors that IA is a strong player in, but that HLB did not have a presence in.

The team is already functioning as one strong unit, rather than two separate teams, and we can already see a synergy of ideas and experiences going back and forth to make the new team stronger and more creative.

Are you still in the IA studio or have you moved in with HLB?

All of the IA staff have moved into existing HLB offices. Most in the New York office, and our one remote Senior Designer, Elizabeth Johnson has joined the team in the San Francisco office as a Senior Associate.

This has help speed along the blending of everyone into one strong, collaborative team.

How do you see the future of lighting design?

From where I sit, the pace of digitisation is continuing at an ever-increasing pace.

As creative individuals practicing in this space, we not only need to be visualisers, and creative collaborators, we also need to have the technical skill set and understanding of both the digital and built environment to be able to execute the ever more complicated digital systems our designs require.

Our clients turn to us to produce beautiful and interesting luminous environments, but they also rely on us to have our finger on the pulse of technology, energy codes, LEED, Well Building, IoT, and all the other ever-expanding trends that impact lighting and the built environment.

This evolving marketplace demands that we stay ahead of these trends and be able to see the opportunities and the pain points they present us and our clients and be able to act quickly to take advantage of them in our designs.