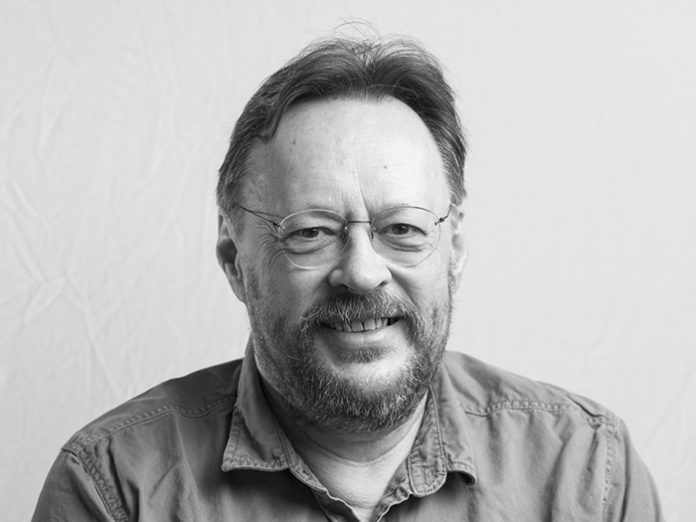 It’s been a busy few months for Kevan Shaw, Founder of KSLD, following the firm’s success at the Codega Awards, Shaw’s induction into the IALD College of Fellows at IALD Enlighten Europe and the recent merger of KSLD and EFLA. arc sat down with Shaw to discuss all the recent developments.

This is something I have thought about a lot over the years. There are the influencing factors, which include my father’s practice as a stained glass artist and tapestry weaver, which he carried out at home, and the consequential visits to cathedrals in France and elsewhere during family holidays. Then being introduced to stage lighting while at university. This resulted in opportunities to work in technical and design lighting for touring shows with rock bands, which kind of sealed my fate as being someone who became bound to light as a medium for creative expression.

From becoming active in stage lighting at university, I went on to work as a trainee at Max Fordham engineering then spent several years touring shows with various bands. I then went to work with David Hersey designing lighting effects equipment, acting as a design assistant to David Hersey in the theatre, continuing stage lighting with Jethro Tull and doing some broadcast TV lighting. I also got into exhibition lighting and worked on The Mirage Hotel in Las Vegas.

You established KSLD in 1989, how has the company, and the lighting industry as a whole, changed over the past three decades?

Pretty massively! It started as a one-man consultancy, and has now grown and extended its international reach. The lighting technology has changed radically, with exponential change to LED lighting technology in the past decade. Overall, we have seen the manufacturing of lighting products shift from Europe to China and now the ownership of major historic brands follows as the big companies have backed out of the lighting business.

Do you have an overriding design philosophy that you like to implement in your work?

Yes! Really it is working to provide the best experience of light for the ultimate users of the space you are designing for, guiding clients to the optimum solution that achieves this.

Congratulations on your recent induction into the IALD College of Fellows – what does such recognition mean to you?

This is a great honour and recognition of the contribution I have made to the IALD and the profession as a whole. Being given this recognition from my peers makes me very proud.

As a member of the IALD, you are heavily involved in their work in the EU. How have you worked to improve the standing and reputation of lighting design as a profession within the EU?

I hope that by interacting with the EU at a very professional level we have demonstrated that we are serious knowledge holders in lighting. Most stakeholders are representing positions for what is most advantageous for them alone. We have always tried to provide reasoned commentary as to what is best, not just for us as lighting designers, but also for what will benefit the end users. Over the past nine years we have not been an official consultee and have had to work hard to gain access. In October, we were granted status as an official consultee, and now lighting designers are even being mentioned in communications by senior people in the Energy Commission. This is significant high-level recognition of the profession.

KSLD joined EFLA Consulting Engineering in November of this year. How did this merger come about?

We have known EFLA for many years. They have invited me to Iceland, and Kristján Kristjánsson came over and worked at KSLD for about two years. When he returned to Iceland, we discussed cooperation between KSLD and EFLA, and ultimately the closest cooperation would be through a merger. We have discussed this over several months and have now completed the transaction.

What will the move mean for KSLD?

Basically, the EFLA lighting design division offices in Reykjavík and Oslo are the same size, so you could say KSLD has doubled in size and now has three offices! We will be trading as KSLD EFLA Lighting Design, combining our experience and resources. We are now also part of a significant engineering consultancy with a broad range of specialisms, of which lighting design is one; so we now have the possibility of collaborating on multidisciplinary projects from the Nordic offices. In Edinburgh, we will remain a lighting design office.

Well let’s put it this way: I will be considering fluency in Chinese a valuable skill for new employees! As a consequence of the rush into LED technology and the overly rapid banning of conventional lamp technologies, the largest volume of lighting manufacturing has moved to the Far East. The former major players have been divesting themselves of lighting businesses and many of these are now Chinese owned. The inevitable consequence will be that new ideas and innovative products will originate in the Far East. This is already in evidence; the filament LED lamp was invented in Taiwan.

We are still learning a lot about the impacts of light on people. While there is a lot of marketing based ‘human centric lighting’, there is much research to be done to understand the implications of the non-visual receptors in the eye. This will result in new knowledge and new considerations for lighting design. I really hope that as lighting designers, we can be involved with and contribute to this aspect of lighting.