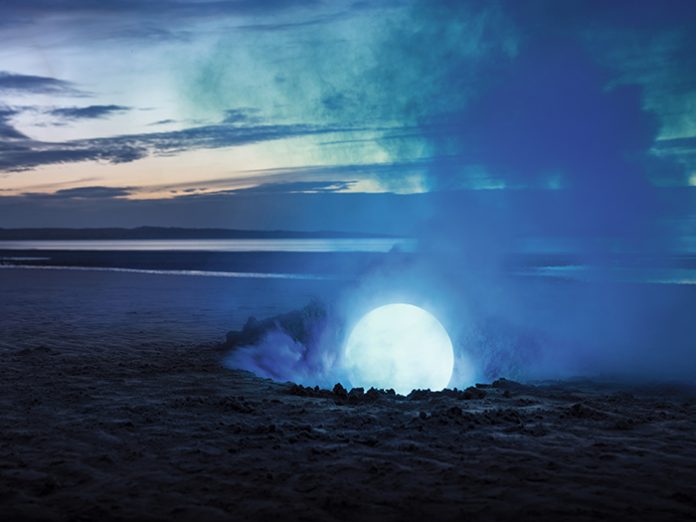 Raising questions about nature and landscape, David Ogle’s Loomings encapsulates the artist’s desire to escape the built-up world we live in through  the perception of objects and light in space.

David Ogle graduated from Lancaster University in Fine Art History and Practice (2009) and an MA in Contemporary Arts Research (2012). Currently undertaking an AHRC funded doctoral research project at The University of Liverpool, Ogle maintains his studio (based at The Royal Standard, Liverpool) alongside ongoing academic study. Having exhibited work internationally, he has shown in a number of group and solo exhibitions, undertaken gallery residencies and has been awarded several art prizes. Recent exhibitions include: In Another Light, Croft Castle (The National Trust) (2014), Regenerate 14, Berlin/Copenhagen (2014), The Royal British Society of Sculptors Sculpture Shock (Subterranean), London (2013) and The Catlin Art Prize, London (2013).

His latest work, Loomings, is a project that harnesses the drama of remote landscapes through artworks that call attention to their own environments. With deep routed associations in the history of painting and in particular, the Romantic movement, Ogle considers his place within the natural landscape.

Developed from Ogle’s previous indoor site-responsive light works and drawings, Loomings encapsulates the artist’s ambition to escape the built environment and the confines of walls, floors and ceilings. Exploring notions of materiality, permanence and the perception of objects in space, Ogle uses light and space as a sculptural medium, as the location shapes the work but also becomes manipulated by it.

Taken from the title of the first chapter in Moby Dick, Loomings references the narrator’s (Ishmael) feeling of being pulled towards the wilderness and wanting to leave behind the constraints and domesticity of the city. Ishmael is travelling through a barren landscape in search of a rare natural anomaly – the white whale.