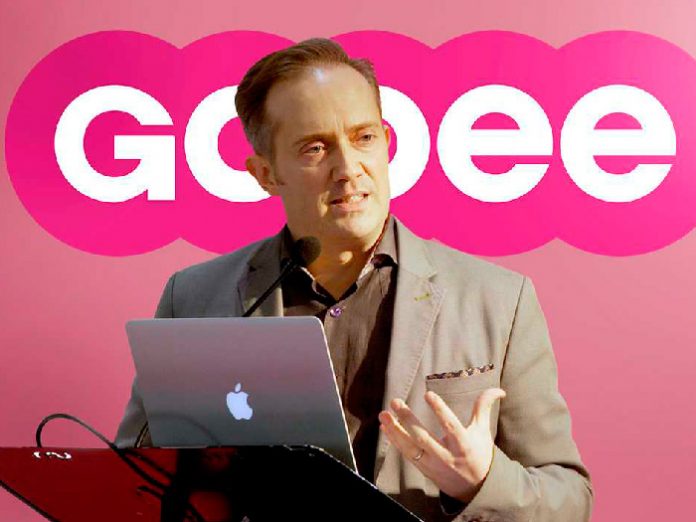 Gooee, the Internet of Things (IoT) ecosystem that provides space and occupancy analytics, wireless lighting control and beacon networking for the smart building industry, has appointed Neil Salt as Managing Director. This announcement is in advance of Gooee’s official European launch at LuxLive 2017, Nov 15-16, Excel London.

In 2014, Neil co-founded Gooee alongside Andrew Johnson and Simon Coombes, drawing on his extensive experience within the lighting and building industry as a founding director and CMO of the Aurora Lighting Group.

Andrew Johnson, Gooee’s Co-Founder and Chairman, said of the appointment that it is an excellent strategic move for the company: “With 18 years experience in the lighting industry, Neil’s expertise in delivering products into the built environment, combined with his experience in marketing and technology, make him a valuable addition to the team in this next phase of Gooee’s growth and deployment.”

Over the past three years Gooee has been building it’s ‘full-stack’ data and analytics platform, which comprises hardware, software and cloud infrastructure, as well as signing up more than 50 lighting and building companies to commence integration and channel development.

Neil added: “Gooee’s vision is to be the ‘Data Brain’ for Building Activity Data. The deployment of our sensory and communications network uses Lighting-as-a-Host and provides a wireless IoT backbone for the smart building industry. In 2018 we will see a significant change in our execution strategy as we partner with industry disruptors across multiple sectors to accelerate adoption.” Neil will grow the business out of Gooee’s new offices in Paddington, London, supporting the UK/European team.

Over the past two decades Neil has worked in various roles spanning product ideation and development, technology solutions and global marketing. After spending seven years in the USA supporting the global expansion of Aurora Lighting, Neil returned to the UK in 2014 to drive the development of IoT within the lighting vertical and is a strong advocate of this disruptive opportunity within the industry.