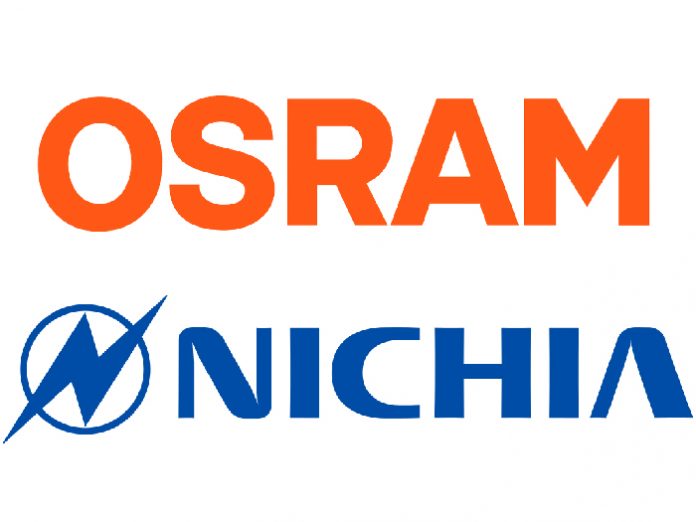 (Germany) – Osram and Nichia will enter negotiations of a cross license covering around 7000 new patent applications.

Osram and Nichia have announced their intention to expand their intellectual property (IP) license co-operation.

The two companies have agreed to enter into negotiations of a cross license covering approximately 7000 new patent applications, including around 2000 granted patents from Nichia and Osram covering Automotive, General Lighting, LCD backlights, Display, Medial and Industrial applications, along with a full range of opto-electronics products.

The two firms entered into patent cross license agreements in 2002 and 2010, and as a result, both companies are allowed to use each other’s patents licensed under the respective agreement in its own nitride-based semiconductor products.

Aldo Kamper said: “To further advance LED and laser technology, Nichia and Osram have spent, in total, more than 2.5 billion Euros in research and development since 2011.”

“On all levels of the value chain, significant progress has been made in the past eight years, protected by a variety of new patents on both sides,” added Hiroyoshi Ogawa.

In order to capture their technological achievements in all existing as well as emerging application areas for opto-electronics products and technologies, Osram and Nichia will discuss a cross license that will cover the many additional patents based on post-2010 inventions.

“I fully share this view,” Kamper added. “As a consequence, our companies will be able to leverage each other’s technological advancements, while both companies’ customers will benefit from an industry-leading protection in IP related matters.”