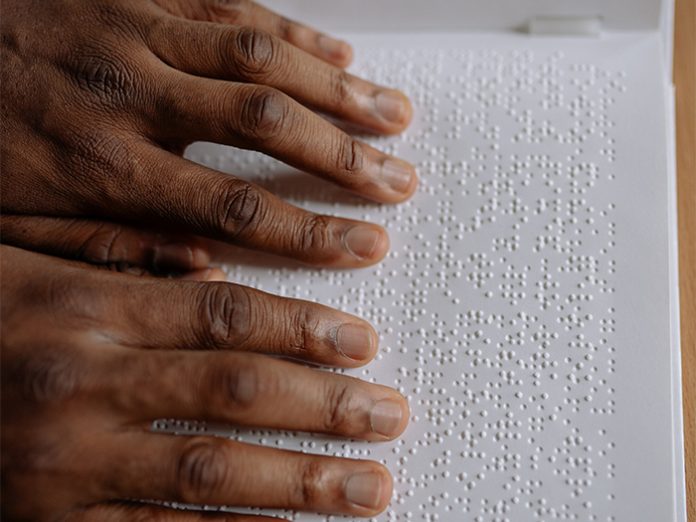 As a teacher of students with special educational needs, Paolo Creati has recently conducted research into lighting for students with visual impairments. He explains more about the research project here.

The number of people with low vision is constantly increasing, as shown by the World Health Organisation (WHO): there are 36 million blind people in the world and 217 million moderately or severely visually impaired people, out of a population of 7.3 billion people. It is also estimated that 253 million people live with 21 sight problems. The epidemiological data refers to a study published in The Lancet, according to which the number of blind and visually impaired is constantly increasing. A correct lighting organisation can play a crucial role for subjects with visual sensory disabilities. Specifically, the concept of light comfort has been defined in the United Kingdom; the ESFA (the Education and Skills Funding Agency) says that is important to guarantee flexible and multifunctional lighting arrangements in school environments that allow people with visual difficulties to enjoy the learning spaces. Following these premises, the design of a classroom that encompasses the objective of improving the lives of learners through a flexible spatial organisation and which focuses on the use of light can also be a fundamental element. From these considerations, I’ve begun to research the predisposition of light as a possible strategy for the creation of flexible and personalised school spaces.

The power of light

As a teacher of students with special educational needs, I deal with many different disabilities and for this research, I concentrated my interest in visual sensory disability. The mission is to guarantee the inclusiveness of people with disabilities, so I had the idea to realise the principle of inclusion, in particular for visually impaired students, by exploiting the resource of light. A recent study testifies that, in humans, exposure to natural light is responsible not only for the circadian rhythms but also for the regulation of the attentional, learning, and psycho-emotional sphere, having beneficial effects that contribute to the success of one’s self-realisation. Why not consider the application of lighting design inside a classroom?

As we know, exposure to natural light and our position on it is also closely related to our way of acting. A non visually-impaired individual certainly has the possibility of improving their cognitive and psychic functions through the instrument of light, both natural and artificial.

Inspired by the lighting design industry, introduced to me by Martina Frattura from Whitepure studio in Lisbon, I had the chance to know how much power light could have and how it could be versatile and adaptable in different fields. My project proposal was also inspired by the museum of the Dancing Satyr of Mazara del Vallo, Italy, which through the new illuminations, offers the opportunity to improve the visual experience of the masterpieces of art and facilitates the orientation of visually impaired people, in this way it is possible to observe the realisation of the concept of cultural accessibility. Schools are places where we should guarantee the possibility for all students to be part of the learning process and to have accessibility to culture, so a well-designed classroom that allows enjoying the wellness of light can help to achieve these goals.

My research started from the point that the organisation of a school space where light is exploited can have an inclusive value for all students, in particular for those with visual sensory disabilities. I conducted the study using a qualitative approach that involved a survey submitted to a sample group of lighting designers coming from the United Kingdom, Kuwait, and the United States. Combining the collected data and the theoretical framework about the potential role of the light, it has been possible to elaborate an arrangement of an inclusive space for learners.

The result is the creation of a classroom in which a lot of elements required attention, for example, the floor must be a colour that is a strong contrast with the walls to guarantee a better orientation, the size and arrangements of the windows are of fundamental importance because, during the hours of the day, natural light is the first, and often only light source in the classroom. In the presence of cases of visually impaired students, visual discomfort could be increased by glare disturbance, which could happen in the case of bad management of natural light. The use of filters that refract and diffuse light rays is a solution within everyone’s reach, which does not alter the quality of natural light in an inclusive class. Near the walls, we have the ceiling and the floor, with similar and different functions. The ceiling, as well as the vertical surfaces, has the characteristic of being able to help in the general perception of space. Any room will be considered more or less high based on the colour of the ceiling and the walls: a lighter ceiling will give the appearance of a greater height; a darker ceiling will create a cave effect. For sighted people, this effect does not cause particular visual disturbances, while in the presence of high contrast, a visually impaired student, considering the importance of this visual signal, could suffer an overload of information and in the worst case could lose attention. The ceiling should therefore remain a neutral colour and/or conform to the walls.

Once that “box” has been checked, we move on to the internal components: compared to the standards, the desk of the visually impaired student, depending on the type of visual sensory disability, may have to accommodate more tools, which leads to the need for a broader plan. But the larger surface area also translates into a higher possibility of reflection of light rays, coming from both the window and the lighting fixtures, which could lead to a malaise. Having a tilting desk is a simple solution to this problem and is compatible with the various possible positions of the desks inside the room. Of great importance is also the blackboard. In the case of digital whiteboards, it is a real self-illuminating screen. Despite the great advantage of the possibility of intensity adjustment, if necessary, it is advisable to apply an anti-reflective filter. The glossy or semi-glossy surface of the screen could become a means of uncontrolled reflection of the incident rays. The same precautions must be taken when the student uses a computer. In the case of a classic blackboard, the mechanical devices of positioning and inclination, as for the desks, are useful, but the choice of the other type is still preferred.

The use of the space depends also on the correct design of artificial lighting, during the darkest hours, but also in the morning to improve vision in case of low levels of dim light. The level of lighting required by students can vary both between sighted and non-visually impaired students, but also depending on the type of visual impairment of the student. Some students may be extremely sensitive to light, in cases of malformation of the retina or lens, or the opposite, in cases of an absence of visual acuity. To determine the best lighting, the student and the teacher must experience the different lighting conditions, and this, today, is possible thanks to LED lighting, it can afford a variation in intensity, flow, and colour of the light. In terms of visual comfort, it is allowed to vary the intensity and colour temperature of the source during the day.

The research aims to formulate a design in which different connected elements contribute to the building of an educational environment that takes into account the didactic and individual needs of students, in particular those with visual sensory disabilities. For years architecture and pedagogy have been dialoguing with each other, undergoing a mutual influence, and this has led to increasingly current reflections on the active role that the student plays during the learning process. It is known that, for a proper learning process, the teacher must not base their activity on the simple transmission of knowledge, the student learns through interaction, individual discovery, and experimentation, and the space has the task of satisfying these needs and improving the teaching experience. Visual comfort is one of the elements that most affect the type of indoor environment and the wellbeing of the user. Therefore, for there to be an improvement in the vision of the space, it is necessary to take into account a design that involves correct lighting design of the environment.

Through the involvement of professionals in the lighting design sector, we tried to understand how the organisation of space, modulated by natural and artificial lighting can improve user performance. The design proposal of the classroom represents the attempt to put into practice the principles of Design for All, characterised by flexibility and thinking in a preventative way concerning possible obstacles. Light plays a central role in any space; an essential element for human wellbeing, which can not only be a function of empowerment but also of inclusion. The design of a classroom where a correct lighting installation is applied receives the beneficial effects of light at the highest levels and also considers people in conditions of visual sensory disabilities through careful preparation of their personal space. This is possible by using solutions moulded on the visually impaired or blind individual, who will be able to achieve visual comfort and enjoy, like their peers, the positive effects produced by a correct predisposition to light.

The space designed to enhance the light-resource guarantees a positive action at a psychophysical level that will allow the pursuit of learning objectives and at the same time can contribute to developing their relational skills, especially because human relations are regulated by the way with which we relate our body with the environment.