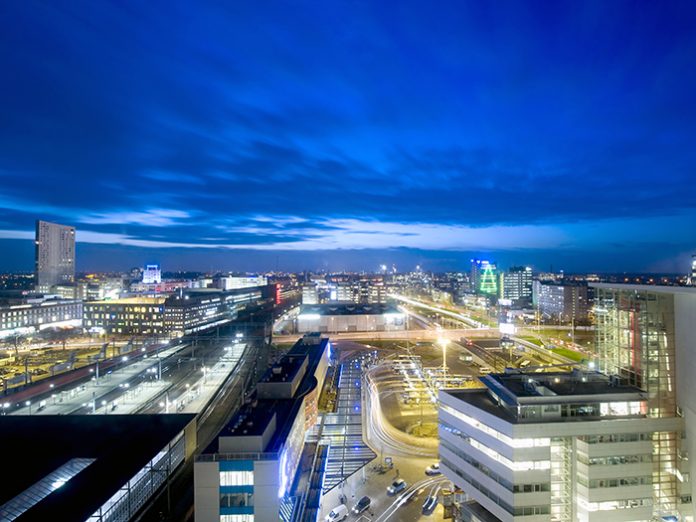 Philips Lighting has been chosen as a key partner to provide the urban lighting infrastructure required to bring Eindhoven’s vision of a smart and sustainable city to life. The Dutch city of Eindhoven will draw on the expertise of the government, academia and businesses to address the city’s needs and has formed a partnership with the Technical University of Eindhoven (TU/e), Philips Lighting and Heijmans, a Dutch company that specialises in developing roads infrastructure, civil engineering and non-residential buildings. This so-called “Quadruple Helix” of partners will work together for a period of fifteen years to develop innovations that respond to the residents’ aspirations.

The city of Eindhoven is introducing participatory planning that allows its residents to be part of every step of the smart city project to improve the quality of life in their community. The project ‘Roadmap Urban Lighting Eindhoven 2030’ includes the development of innovative lighting applications in public spaces, such as connected LED street lighting, and the maintenance and management of public lighting in the municipality. The consortium starts work in the autumn of 2016 in five selected pilot areas across the city.

City officials believe many of the issues raised by voters can be addressed through lighting itself or via smart technology delivered through the lighting infrastructure. Technology like connected street lighting in combination with other smart systems, sensors and intelligence will turn the lighting infrastructure into an information highway that will enable numerous other benefits and services for residents. For example, the city may opt for piloting technologies that enable lighting to guide emergency services accurately to incidents or within meters of individuals in need. Alternatively, smart sensors in each LED luminaire may be utilised to adapt the lighting to weather conditions or provide light on demand when people are on the streets at night to improve safety.

‘‘We see Eindhoven as a true pioneer in what we see as an evolutionary path towards transformation into a smart city. Public lighting is closely interwoven with a city’s infrastructure. In addition to light it represents a ready digital platform for acquiring and sharing information and services that provide real value to the citizens,” said Frank van der Vloed, Market Leader Philips Lighting Benelux. ‘‘Citizens want a say in the smart city services provided to them and the city of Eindhoven plans to involve them, so that the smart city is built from the ground up.’’

The scheme in Eindhoven launched this week, echoes the findings of a fresh study by the Economist Intelligence Unit on ‘Empowering Cities’[1] that finds that there is more demand for further citizen engagement. Although digital technologies facilitate the “crowdsourced city,” the study reveals that more than six in ten people think governments are not investing enough in digital technologies to create smart cities. The opportunity for policymakers is to explore how to adapt to a new culture in which residents are no longer passive consumers of services but active participants in efforts to improve the planning and operation of their cities. Citizens feel they can guide the improvement of infrastructure and services in three top areas: social services, such as healthcare and education; pollution reduction and environmental sustainability; and waste collection, treatment and recycling.