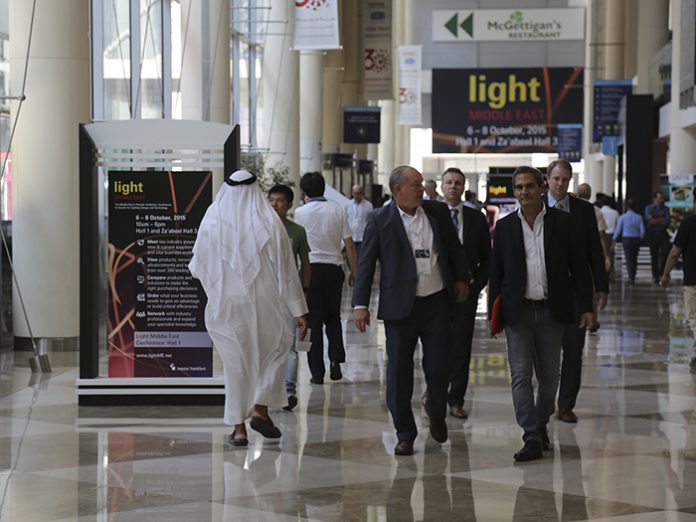 (UAE) – Organised by SLL and Light Middle East 2016, seven teams of professional designers, students, and manufacturers will be tasked with lighting a site in its natural state with equipment provided.

One of Britain’s most popular lighting design competitions is about to make its Middle East debut in Dubai, offering regional lighting design professionals, students, and manufacturers a platform to showcase their creative talents and network among industry peers.

Ready Steady Light, jointly organised by the Society for Light and Lighting (SLL) and the Light Middle East 2016 exhibition, will host up to seven teams who will compete against each other as they overcome challenges without a budget and within a chosen time-frame.

Every team, limited to five members each, will be allocated a site, and returning to basic engineering and design, will be given 90 minutes to design and install a lighting scheme with a range of provided equipment.

Held annually in the UK for the last fourteen years, Ready Steady Light’s Middle East version has already attracted five teams from the UAE, with the competition taking place on the second day of Light Middle East 2016, which runs from 31 October – 2 November at the Dubai International Convention and Exhibition Centre.

“The competition is open to lighting designers, manufacturers, and students from throughout the region, and we’re sure everyone involved will enjoy the competitive aspect and camaraderie.”

“As Light Middle East continues to grow in both size and scope, interactive and talent-promoting events such as Ready Steady Light have an important role to play in the regional lighting design industry’s continued development,” added Pauwels.

Ready Steady Light will be contested among three categories, two of which will be judged by an expert panel; the Most Creative Effect, based on natural features of the site and theme; and the Best Technical Solution, taking into account energy use, light pollution and health & safety.

“Anyone with an interest in light and lighting should take part in Ready Steady Light,” said Brendan Keely, the SLL’s Secretary. “It’s an opportunity to get hands on experience of lighting the night time environment, to handle luminaires and see the distribution and effect that they will create.

“There’s also the competitive aspect of the event and each team will be vying to be crowned winners, while they’ll also have the opportunity to network with their peers.

“The SLL is very excited about delivering Ready Steady Light with Light Middle East 2016,” added Keely. “It’s one of our most enjoyable annual events in the UK and to take this to the region and have a whole new set of teams and challenges is very exciting. We’re very much looking forward to reaching out to the lighting community in the Middle East.”

The SLL created Ready Steady Light in 2001 as a celebration of the basics of lighting as an art and science, and have run the competition annually ever since. Returning to basic engineering and design, teams are tasked with lighting their site in its natural state with the equipment provided. They each have to overcome challenges without a budget and within the time constraints.

The Light Middle East Awards on 2 November will also celebrate the most outstanding lighting projects and designers from throughout the region.