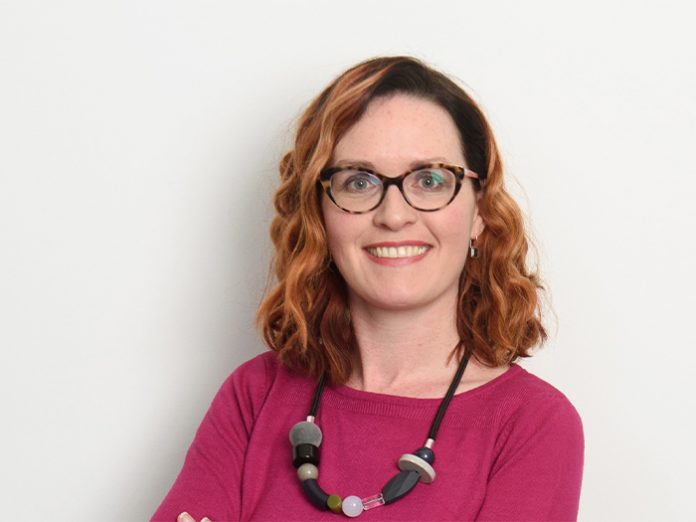 An Associate at Hoare Lea with a strong focus on daylight, Ruth Kelly Waskett will take over as President of the Society of Light and Lighting this May. arc speaks with Kelly Waskett about her ambitions for her Presidency, and the value of organisations such as the SLL to the lighting world.

How did you first get into lighting?

In a nutshell, I got into lighting via daylight. I studied building services engineering and after working in that discipline for a few years, I started to get involved with daylight modelling and it really captured my interest. I studied for an MSc in Light & Lighting at UCL and I just felt so at home with the blend of art and science that lighting is.

Can you describe your career journey so far?

My career could probably be best be described as an “academia sandwich”! I spent the first 10 years or so working as an engineer and then lighting consultant, followed by a five-year period in academia where I did a PhD in daylighting and became a visiting lecturer at UCL. I joined Hoare Lea in 2017 and it is great to be back in practice again. There’s nothing like seeing your designs become a reality!

How did you first get involved with the SLL?

It is because of Liz Peck. I met Liz at an SLL conference in my hometown of Dublin, and before I knew it, I had agreed to join the Newsletter Committee! Liz’s enthusiasm was infectious, and she was great at getting people involved. I think many of us are still coming to terms with her untimely death earlier this year. She had such a big impact and will be greatly missed.

What has been your role within the Society since first getting involved?

After the Newsletter Committee, it was contributing to guides, and I led the revision of Lighting Guide 10 (Daylight) in 2014. I became a Vice President in 2016 and through this role I’ve been involved in various initiatives, including an overhaul of the Young Lighter competition which has been really successful.

What was the process for you becoming President-Elect? How were you chosen?

Every year, the SLL Nominations Panel meet to nominate an individual to join the SLL Executive as a Vice President, and joining as a VP puts you on a pathway to becoming President. The Executive nomination is presented to the SLL membership and they can put an alternative nomination forward, if this happens there is a ballot.

When did you find out you were to become SLL President? What does it mean to you to be given this role?

The results of the nomination process are finalised at the SLL Annual General Meeting. So it was at the AGM in May 2020 that my role as President Elect was confirmed. It sounds like a cliché, but it really is a huge honour. Many of the past presidents are people I greatly admire and to be honest I can’t believe I’m next!

What are your goals/aspirations for your tenure as SLL President?

This role is a huge opportunity. I want to use it to recalibrate SLL, to get back to the basics of why it exists and what it is here to do. One of the key things I want to focus on is uniting diverse groups from across the industry, and I mean diversity in more than one sense – not just gender or ethn icity, but also how people identify within lighting. Some of us describe ourselves as engineers, some as designers, but we all love lighting, so let’s get together!

Have you received any words of advice from former Presidents or current President Bob Bohannon?

Bob is very supportive and has encouraged a lot of collaboration between all the VPs and the President each year, so that no-one feels isolated. It also ensures continuity in the work that Presidents do – there’s a limit to what anyone can do in one year.

How important do you think organisations such as the SLL are to the lighting community?

If you are interested in lighting, and especially if you work in lighting, then being part of a group of people with this common interest is hugely beneficial. You have direct access to not just the guidebooks but to the people who wrote them. There is a really diverse programme of events, all online at the moment obviously, which allows you to keep up to date with the latest research and thinking. Most of all, it’s a great way to connect with a group of people who share your obsession with lighting and who will not roll their eyes when you spend a lot of your time looking up at the ceiling when you go out somewhere!

You have a particular focus on daylight in your position at Hoare Lea – how integral do you think daylight should be in lighting design?

The importance of daylight is becoming more widely recognised in building design due to the drive for sustainability, and more recently because of the realisation of the crucial role of daylight to our health. But I would like to see more lighting designers integrate daylight with their practice. In the process of lighting design, we have a tendency to focus on what happens after dark and forget that for a huge chunk of the 24-hour period, buildings are illuminated by daylight as well as artificial light.

The pandemic has changed so much, and for the lighting industry we need to embrace the new fluidity between spaces for working, spaces for living and spaces for recreation. Lighting can facilitate a huge amount of flexibility to support this change. Another impact of the pandemic is a renewed sense of responsibility over our own health – mental and physical. And of course, light is key to health; we know we need high levels of light in the daytime and darkness at night to stay healthy. I think it’s vital that as an industry we respond to this.