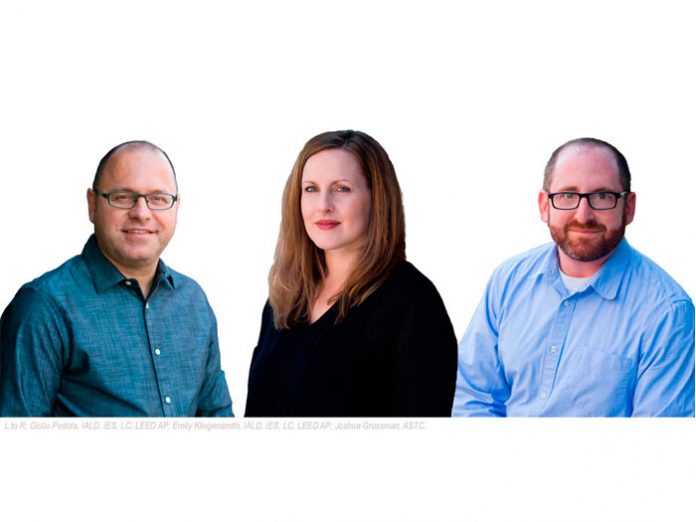 The new team brings a wealth of experience and knowledge to the Chicago-based theatre planning and lighting design firm.

Klingensmith began her career at Schuler Shook as an intern and climbed to key designer and leader, and has played an important role in the development of the firm’s lighting internship program. Her notable lighting design projects include Wintrust in Chicago, Bridgestone Americas Headquarters in Nashville and Illinois Holocaust Museum & Education Centre in Skokie.

Pedota has a background in theatre and experience at an electrical engineering firm before focusing on lighting design for the built environment. His notable lighting projects include The Christ Hospital in Cincinnati, The Chicago Board of Trade and the Chicago Riverwalk.

Grossman has a background in technical theatre that earned him a BFA at Emerson College. His theatre consulting involves him in several projects with Schuler Shook’s Chicago and Melbourne, Australia offices. His notable theatre consulting projects include the Kennedy Centre – Terrace Theatre, Wallis Annenberg Centre for the Performing Arts in Beverly Hills and The Theatre School at DePaul University, Chicago.