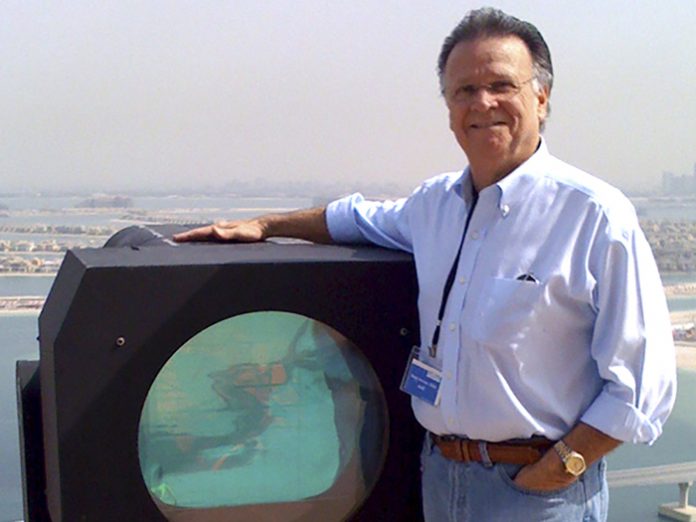 A lifelong music aficionado, Calmes passed away on 5 January. Having playing guitar professionally as a teenager Calmes remained a part of the local Dallas music scene while attending Southern Methodist University, where he earned a bachelor’s degree in accounting in 1966.

After graduation from college, Calmes co-founded Showco. As President, Calmes helped lead Showco’s emergence as a major sound and lighting operation for concert tours by such prominent musical acts as Led Zeppelin, The Rolling Stones, The Who, Genesis, Wings, James Taylor and ZZ Top.

After resigning from Showco, Calmes founded Syncrolite in 1984. Under Calmes’ leadership, Syncrolite has been an award-winning pioneer in the evolution of large format automated lighting systems. In its 30+ year history, Syncrolite has provided lighting systems for numerous high-profile events including major concert tours, festivals, Super Bowls, Olympic Games and other live shows in addition to a plethora of permanent installations around the world.

Calmes’ highlights with Syncrolite include earning a prime-time Emmy for American Idol, and providing the exterior lighting for the London 2012 Olympics Opening Ceremony, which drew a worldwide audience of over one billion viewers.

In addition to his career as a visionary executive, Calmes was rightfully proud to be a part of the Forever Fabulous Chickenhawks Showband & All-Star Revue, a super-group comprised of multiple Grammy-winning musicians for whom Calmes played lead guitar.

Calmes also produced a wide variety of major live television projects including a global satellite broadcast of The Who in 1982 for 20th Century Fox and HBO, as well as the 1988 presidential debates for CSN. Calmes also managed musical acts, including Rock and Roll Hall of Fame member Freddie King.

“Jack’s multi-faceted career speaks for itself,” said Jonathan Adamson, current Chairman of Syncrolite. “Over the course of almost 50 years, he was able to combine his two lifelong passions of music and technology to create a lasting legacy not just with Syncrolite, but through the hundreds of musicians, producers, designers and other partners with whom he worked.”

Calmes is survived by his wife, Susie, as well as their daughter and two grandchildren. His memorial service takes place Monday, 12 January at 2pm at Sparkman Hillcrest Funeral Home in Dallas. In lieu of flowers, donations can be made to the SPCA or another charity.