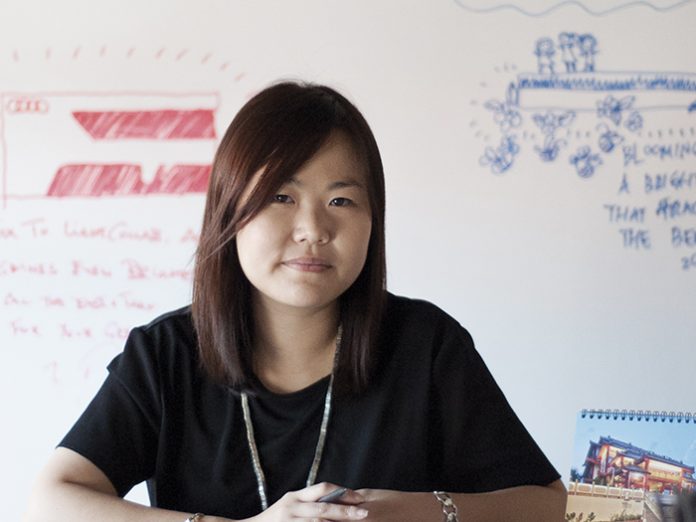 One of the first professionals to become a Certified Lighting Designer and regional co-ordinator for IALD South East Asia, Toh Yah Li has burst onto the scene since establishing Light Collab in 2010. Robert Such catches up with the bright light in Singapore.

Currently one of just a handful of Certified Lighting Designers (CLD), Toh Yah Li’s work ranges from simple, low-tech lighting installations made from everyday objects like plastic bags to carry drinks (albeit everyday in Toh’s home country, Singapore) or breath mint boxes and matchboxes to commercial and residential interiors. Toh’s work also includes a Chinese temple and a 46-metre-high glass monument. Work on lighting a casino in Malaysia is also underway. “When I started Light Collab, I never imagined I would actually complete a casino project or a monument,” says Toh.

Toh is also currently the regional coordinator for IALD Southeast Asia, organising events to raise awareness about lighting and to engage the public in thinking about light, its effect on perceptions of space and changing the atmosphere of a space.

“We are also interested in the temporal effects of lighting and how temporary light art contributes to the city and public spaces,” says Toh. One such Light Collab installation, We The Light, was part of the Singapore-wide Torch-Up! programme of community art events for the 2015 SEA Games (South East Asian Games). The idea behind the installation was to explore “the possibilities of involving people and communities in the illumination of sculptures, attempting to defy the notion that a sculpture is an object of visual appreciation.”

Collab, a diminutive of ‘collaborators’, refers to the four lighting designers that work together at the firm. Headed by Toh, the Singapore-based design team’s other members are Nicole Ban and Chua Li Qi. The fourth member of the team, Teruhiko Kubota, works on Singapore projects too, but is also in charge of the Light Collab Japanese office.

Since founding Light Collab back in 2010, Toh has worked in a number of countries across Asia, including Japan, Bangladesh, Indonesia, Myanmar and Malaysia. Notable overseas projects include lighting a 46-metre-high (150ft) glass tower, the Tower of Light, built as part of the Liberation War Museum and Independence Monument in Dhaka, Bangladesh.

“Bangladesh was a real experience as I never thought that we could travel to such exotic places; as well as this, being commissioned to design the lighting for the important monument of freedom, which is a symbol of light,” says Toh. “This was one of the most meaningful experiences I’ve had as a lighting designer, as well as the fact that what you design can impact so many people.”

Along with the lighting of the glass tower, the firm’s first job in Japan was also a turning point in Toh’s career. It was a “flagship terminal of an Audi centre in a very prominent location of Yokohama, Minato Mirai,” she says. “The project was meant to be a showcase for the region.”

The CLD qualification that Toh holds is relatively new. Five years in the planning, the CLD application process opened in 2015. “Until now there has been no official codified definition of the architectural lighting design profession,” says David Becker, lighting designer and Chair of the Certified Lighting Designer Commission (the CLD governing body). Standardising the measurement of competency among lighting designers, the CLD credential “legitimises the profession,” continues Becker. It also “offers the only international, evidence-based benchmark of lighting design competency.”

Drawing on ten year’s working experience, since graduating from the Hochschule Wismar, University of Applied Sciences, Technology, Business and Design in Germany with a Masters in Architectural Lighting Design, Toh spent around a month putting together the necessary documentation for the CLD application. It paid off and “in a field where almost anyone can say they are a lighting designer without first establishing legitimacy, CLD is a mark of proper distinction,” says Becker.

Before moving into lighting design though, Toh studied architecture at the National University of Singapore (NUS). Her initial interest in architecture came partly from “looking at images of the beautiful spaces created by the master architects, and also architects such as Tadao Ando, Antoni Gaudi, Philip Johnson, Mies Van der Rohe,” she says. “The spaces are able to move my heart, because of the way light is filtered or fills the spaces.”

Toh graduated from the NUS with a Bachelor of Arts (Architectural Studies) degree in 2002, and worked in an architectural office in Singapore, until she realised that little attention was being paid to lighting spaces and how the volumes and forms of architecture integrates to give a narration.

Poorly lit spaces were missing something important. “Without it buildings become empty, cold spaces and unfeeling,” Toh says. It was then that she decided to pursue a career in lighting design.

After graduating from the Hochschule Wismar, where she had interned at Stilvi in Athens as part of her studies, Toh joined the Singapore office of Lighting Planners Associates. There, she worked on numerous large-scale projects, such as the National Museum of Singapore and the Peranakan Museum, whose collection explores the Peranakan culture of people of mixed ethnic origins that immigrated to Peninsular Malaysia and Singapore.

Four years later, it was time to move on. Toh taught architectural and lighting related courses at various polytechnics in Singapore. Then in 2010, after talking to Kubota about working together, she started Light Collab. “It happened quite naturally,” she says. Commissioned work came from existing contacts, and “it felt like the right time as well after working with young inspiring students. I was energised.”

Toh also wanted greater freedom to choose which projects to work on and since working for herself, she says: “I can now decide what kind of projects to do. I can try out and test out [things]. Be different.”

Light Collab’s first commissioned assignment was quite different from what she had been used to working on at LPA. Smaller in scale, it involved lighting a house designed by Singapore-based architecture firm K2LD. A referral landed her the job. In fact Light Collab takes part in few competitions. Work comes their way from recommendations.

Since then, work that has come their way includes the firm’s current projects, which, along with the casino, comprise hotels and an office tower in Indonesia, a library in India, and a pedestrian mall in China. What excited Toh about light and lighting back then, when she started her career, still excites her today. She was fascinated by the way “an intangible medium can manifest itself,” she says, “and also affects the way objects [and] spaces are perceived. It is a very magical material.”

And what continues to excite her now is “experimenting with it and finding new ways to use light as a medium,” she says, “and how it interacts and reacts with the spaces, materials and most importantly, people. I am also very fascinated by the way people interact with light and also discover new insights about light, spaces and sometimes, even about themselves, when light connects with them successfully.”