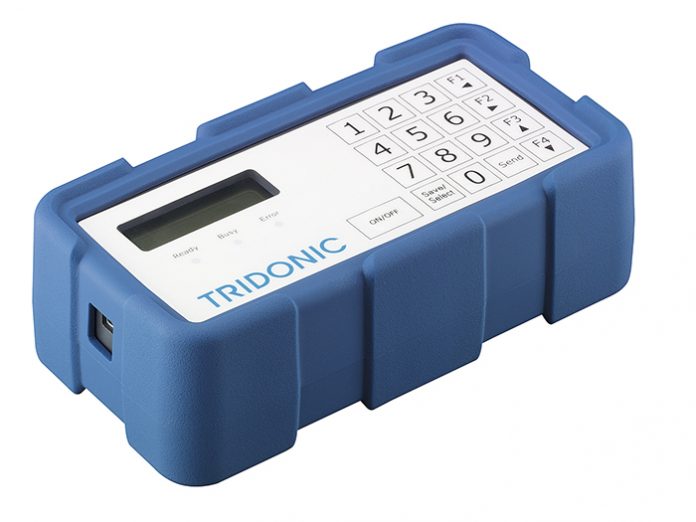 ready2mains technology from Tridonic enables data to be transmitted in digital form via the existing mains. Dimming commands can therefore be easily transmitted and executed without the need for expensive rewiring. Electrical contractors will benefit from this new technology, as will users looking for greater convenience from their lighting systems. Conventional non-dimmable lighting can now be replaced easily and cost-effectively with dimmable LED lighting – in everything from workshops and offices to museums and shops. With ready2mains all that is required is to remove the existing conventional luminaires and install new dimmable LED luminaires. The associated Drivers must be equipped with ready2mains functionality. This digital interface is already integrated in all LED Drivers in the TALEXXdriver EXCITE and PREMIUM series.

The interface between the control unit and the luminaires is the ready2mains Gateway which transmits the dimming commands in digital form via the mains cable, ensuring reliable and robust data transmission. There is no need for any additional data cables such as DALI/DSI or 1-10V systems. Multiple control units or Gateways can be used in parallel, if required. The total connected load of a Gateway in the ceiling installation housing is 400 VA so up to 15 LED luminaires with ready2mains functionality can be connected. The maximum cable length is 250-metres.

ready2mains technology also makes it easier for luminaire manufacturers to configure the Drivers during manufacture. The ready2mains programmer enables luminaires to be configured, controlled and dimmed via the mains. All that is required is a ready2mains interface in the relevant Driver. The programmer uses simple phase control for digital command transmission. Configuration commands are transmitted in this way, such as the required output current of the LED Driver or a virtual midnight function for LED street lights. The current can be configured in 1 mA steps to achieve the precise illuminance needed. Up to five Drivers (maximum of 400 W) can be configured in parallel.

Luminaire manufacturers can benefit from using the programmer at the production stage because automated configuration of the luminaires via the mains will save time and costs. With ready2mains it is possible to incorporate programming functionality in existing production lines with a high degree of flexibility. And for simple integration in automated test procedures there is a USB interface with appropriate software Drivers.