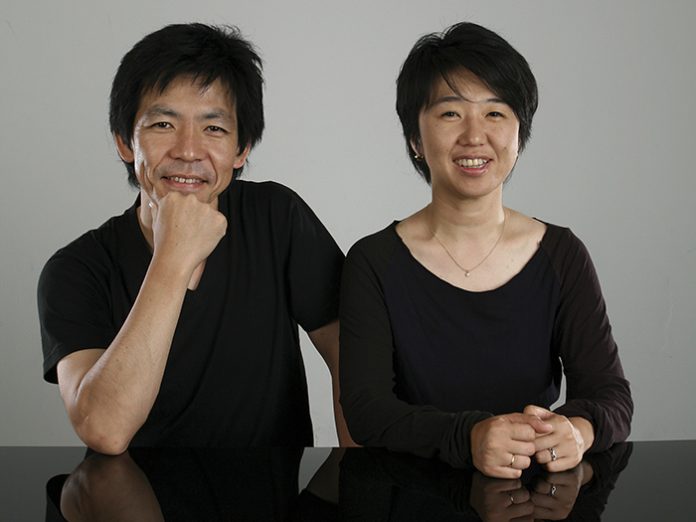 Last summer, as part of the iGuzzini and MAXXI Architecture collaborative project Light On, Yoshi Tsukamoto, founding partner of Tokyo-based architecture studio Atelier Bow Wow, discussed his design principles in the context of light. mondo*arc caught up with Tsukamoto to discover the inner workings of his process, applications of behaviourology and the beauty of vernacular architecture.

In the summer of 2015, iGuzzini and MAXXI Architecture – Italy’s museum of contemporary art – collaborated on a new project entitled Light On. The project consisted of talks from four major international architectural firms, including discussions of their work and the topics, themes and contexts defining their professional careers. Each designer offered a contemporary point of view on the relationship between form, technology and light.

The second event saw the exhibition of Yoshiharu Tsukamoto, founding partner of Japanese studio Atelier Bow Wow. In a conversation with Adolfo Guzzini, President of iGuzzini illuminazione, and Pippo Ciorra, Senior curator MAXXI Architettura, Tsukamoto presented the studio’s projects and explained the inspirations behind each in the context of light.

Atelier Bow Wow distinguishes itself from the most prestigious Japanese studies thanks to the duo’s investigative work of behaviourology. It is Tokyo’s environment and architectural landscape that characterises its research – an investigation of micro-architectures that tries to give logical rules to the urban complexity of modern cities. Having published Tsukamoto’s investigations in Made in Tokyo and Pet Architecture, the studio focuses on the role of architecture in the 21st century, attempting to apply principles of its research drawn from existing examples and altering them to create a new reality.

Faced with the evergrowing population of Japan’s core metropolis, the main focus of its priniciples is centred around the use of space, its sharing and employment. For example in residential buildings such as the studio’s office / living space, partitions are often removed to create a continuous but organised space, where stairs and landings are used to emphasise the continuity.

“Instead of making a strong partition between rooms we use the sense of occupancy to give a subtle articulation in the continuous space,’’ explains Tsukamoto. ‘‘So as you walk around you encounter different types of occupancy. This is interesting because it means we need the help of the users to achieve our intentions.”

The studio’s anthropological approach looks to create architecture without architect but with people, known as vernacular architecture. In the context of lighting, the studio’s work makes reference to Junichiro Tanizaki’s revered book In praise of Shadows, which describes the western world in favour of dazzling lights, and the east traditionally in favour of shade and shadow in interiors.

Using this, its work looks to find the balance between the traditional and the ultra modern based on how people, material and weather behave. After studying these behaviours, all considerations are integrated into one physical entity, creating architecture that reflects the people it is designed for.

Tsukamoto attributes what he calls a “failure of Twentieth century architecture’’ to viewing groups of people as mass numbers rather than individuals. “Twentieth century architecture became a very visual art when it should be both very beautiful and have delightful behaviour,” says Tsukamoto. With this in mind, he has reintroduced vernacular architecture in his home city. Tokyo is a metropolis of houses so it speaks to its surroundings, acting as a point of contact between inhabitant and environment – an ideal setting for vernacular architecture and the implementation of behaviourology.

He believes that all skills and behaviours are important to observe in order to give identity to particular groups of people. It is within the study of human behaviours that the power of light becomes apparent. “Light is a very important agent based on its natural discipline,” states Tsukamoto. His idea of space interrelates the behaviours of both humans and objects. Therefore light is investigated as one act of behaviour, as our behaviour is influenced by lighting conditions.

During an interview with mondo*arc, Tsukamoto told us first hand about his experiences and inspirations, discussing the importance, impact and use of light in architecture. He considers light as “the central natural element that behaves in and around architecture. From this behaviourial point of view, lighting can become other natural elements in architectural design, even if it is artificially created.’’

His approach to lighting is appreciative of the way it behaves as well as its practical function. Tsukamoto explains: “Of course it’s important to light the space and its objects with an appropriate amount of light, but beside these functional concerns, the behaviours of light, such as reflection, creating shadow, projection and so on, are very interesting to my design process in architecture.’’

As with many things in architecture, light and shadow are two sides of the same coin, with the latter being another element that behaves in and around architecture. Produced by the interaction between light and architecture, shadow and darkness “are the powerful means that create a heterogeneous condition in the space; also providing a means to give depth to facade’’.

When asked about Tokyo and the role of light in cities in general, Tsukamoto passionately described light as “something that moves. Sometimes it appears and sometimes it disappears. It gives the sense of movement and rhythm of a city’’.

When asked to explain the lighting of the BMW Guggenheim lab in Mumbai, Tsukamoto says: “The lighting was incorporated in a theatrical manner.” The part urban think tank, part community centre and public gathering space, travelled globally to inspire new ways of thinking about urban life. During the six weeks of its Mumbai presentation, the third stop on the project’s global tour, organised in collaboration with the Dr Bhau Daji Lad Museum, the Lab offered 165 free programs over 29 days, including design projects, surveys, tours, talks, workshops, and film screenings. The central location of the Lab was on the grounds of the museum in Mumbai’s Byculla neighbourhood, making it available to a wide range of audiences and communities. This is a perfect example of how Atelier Bow Wow’s principles can apply universally, even to external, semi-permanent architecture, creating an interactive space where lighting plays a crucial role.

At the Kitamoto Station Plaza in Saitama, Japan, the lighting was limited as much as possible to make pedestrians as visible as possible for drivers. With this in mind, “very small but powerful downlights were set in the ceiling, lining along the edge of the pavement,’’ says Tsukamoto. “Combined with uplights set into the pavement, illuminating the ceiling that is finished by locally sourced wooden planks. In doing this, reflection from the ceiling is coloured by the light, taking on the wooden colour.” In summary, for Tsukamoto light “is very important since it is the central element investigated in behaviourology”. This is apparent in all of his work, which plays on the diverse condition of light – sometimes bright, sometimes dark – to create conditions for people that suit different behaviours, creating a collision between the shadows of traditional Japanese interiors and the artificial light of the modern age.

Noticing that human behaviour can be influenced by natural behaviour – for example, when shadow in the summer gathers people together – Tsukamoto believes the same influence can be implemented with light in architecture. His designs look to create spaces that become a more complex place of experience, with an interest in light and its interactions with other agents.

Although, traditionally, Tsukamoto’s cultural background doesn’t pay much attention to lighting buildings at night, (until neon light arrived from USA, when places like Tokyo became flooded by neon) people are now beginning to light rooms the western way with spotlights, for example. However, he still argues that there isn’t enough atmospheric light and that strong lighting isn’t necessary everywhere. For example in Norway, they have abolished the subject of lighting streets, highlighting the importance of shadow.

Yoshi Tsukamoto and Atelier Bow Wow offer an approach that creates a meaningful environment to live in – a place to share that creates social interaction between its inhabitants. The studio’s philosophy appreciates the fact that behaviours and their natural discipline can’t be changed. With this, it prioritises the shareable aspect of behaviour as a very important resource in architectural design, creating a synthesis between the behaviour of such things as light and the behaviour of people to result in un-institutionalised space. Put simply: “The idea of behaviourology can apply everywhere, it isn’t specific to any culture or country but is a universal principle / school of thought that can be utilised in all areas of architecture,’’ concludes Tsukamoto.