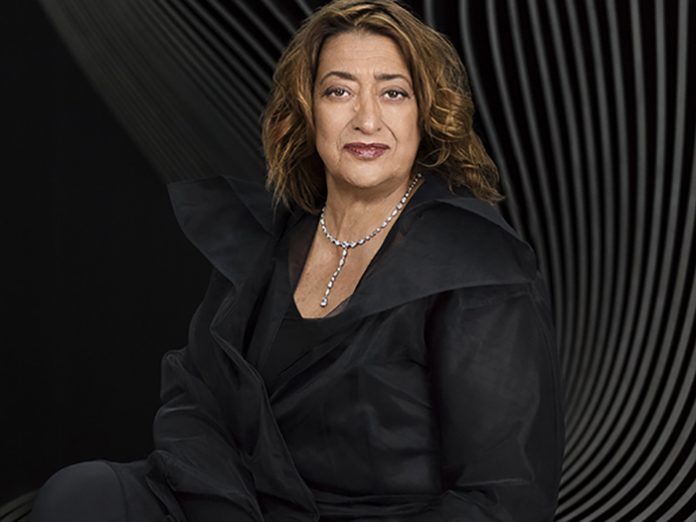 (UK) – The Royal Institute of British Architects (RIBA) announces Dame Zaha Hadid as first woman to be awarded the prestigious honour in her own right.

The Royal Institute of British Architects (RIBA) has today (24 September 2015) announced that the globally-renowned architect Dame Zaha Hadid will receive the 2016 Royal Gold Medal, the first woman to be awarded the prestigious honour in her own right.

Given in recognition of a lifetime’s work, the Royal Gold Medal is approved personally by Her Majesty The Queen and is given to a person or group of people who have had a significant influence ‘either directly or indirectly on the advancement of architecture’. Awarded since 1848, past Royal Gold Medallists include Frank Gehry (2000), Norman Foster (1983), Ludwig Mies van der Rohe (1959), Le Corbusier (1953), Frank Lloyd Wright (1941) and George Gilbert Scott (1859).

RIBA President and chair of the selection committee, Jane Duncan, said: “Zaha Hadid is a formidable and globally-influential force in architecture. Highly experimental, rigorous and exacting, her work from buildings to furniture, footwear and cars, is quite rightly revered and desired by brands and people all around the world. I am delighted Zaha will be awarded the Royal Gold Medal in 2016 and can’t wait to see what she and her practice will do next.”

Zaha Hadid said: “I am very proud to be awarded the Royal Gold Medal, in particular, to be the first woman to receive the honour in her own right. I would like to thank Peter Cook, Louisa Hutton and David Chipperfield for the nomination and Jane Duncan and the Honours Committee for their support. We now see more established female architects all the time. That doesn’t mean it’s easy. Sometimes the challenges are immense. There has been tremendous change over recent years and we will continue this progress. This recognition is an honour for me and my practice, but equally, for all our clients. It is always exciting to collaborate with those who have great civic pride and vision. Part of architecture’s job is to make people feel good in the spaces where we live, go to school or where we work – so we must be committed to raising standards. Housing, schools and other vital public buildings have always been based on the concept of minimal existence – that shouldn’t be the case today. Architects now have the skills and tools to address these critical issues.”

Hadid’s other awards include the Republic of France’s Commandeur de l’Ordre des Arts et des Lettres, Japan’s Praemium Imperiale and in 2012, Zaha Hadid was made a Dame Commander of the Order of the British Empire. She was made Honorary Member of the American Academy of Arts and Letters and Fellow of the American Institute of Architecture.