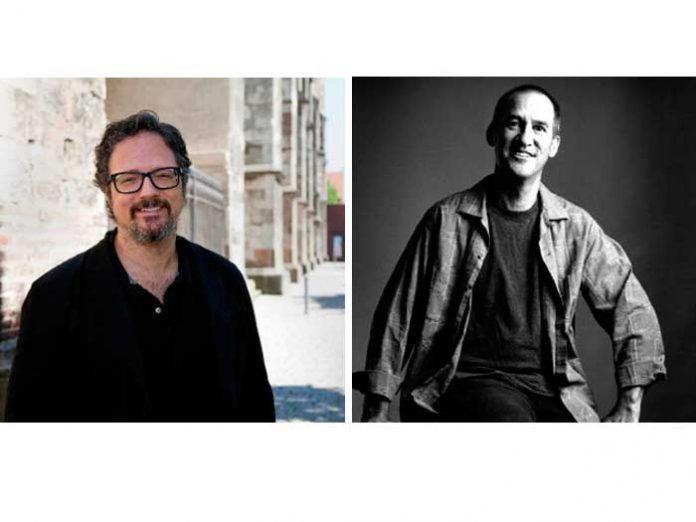 (USA) – The International Association of Lighting Designers (IALD) is proud to announce the keynote speakers for its 17th annual IALD Enlighten Americas conference this 12-14 October in Denver, Colorado.

OPENING KEYNOTE: ROBERTO SCHAEFER, ASC/AIC
Cinematographer Roberto Schaefer, ASC/AIC will open the day on Friday, 13 October with a keynote address about his experiences working in film and video, exploring the connection between light and film. Roberto attended art school and received a BFA degree in multimedia and conceptual art with a minor in photography. He began making moving images in his childhood using his father’s 8mm camera. These included early music videos as well as dramatic and experimental shorts. After a 4-year hiatus traveling the world and discovering life, Roberto started as a producer of TV commercials in New York.

In 1982, Roberto moved to Roma, Italy to shoot a feature film for a friend. In 1992, after 3 features, hundreds of TV commercials, music videos and documentaries, he moved to Los Angeles to try the Hollywood film world. Since then he has shot more than a dozen films, hundreds of music videos and TV commercials, and documentaries – including Stranger Than Fiction, The Kite Runner, Quantum of Solace, Leaves of Grass, and The Host.

CLOSING KEYNOTE: RAFAEL LOZANO-HEMMER At the close of sessions on Saturday, 14 October, attendees will be treated to a talk from Rafael Lozano-Hemmer, an electronic artist who develops interactive installations at the intersection of architecture and performance art. He creates platforms for public participation by subverting technologies such as robotics and computerized surveillance. Rafael was the first artist to represent Mexico at the Venice Biennale, with an exhibition at Palazzo Van Axel in 2007. He has also shown at Biennials and Triennials in Cuenca, Havana, Istanbul, Kochi, Liverpool, Montréal, Moscow, New Orleans, New York ICP, Seoul, Seville, Shanghai, Singapore and Sydney.

His public art has been commissioned for events such as the Millennium Celebrations in Mexico City (1999), the Expansion of the European Union in Dublin (2004), the Tlatelolco Student Massacre memorial in Mexico City (2008), the Vancouver Olympics (2010) and the pre-opening exhibition of the Guggenheim in Abu Dhabi (2015). His work is in collections such as MoMA in NYC, Tate in London, MAC in Montréal, SFMOMA in San Francisco, MONA in Hobart, and MUAC in Mexico.