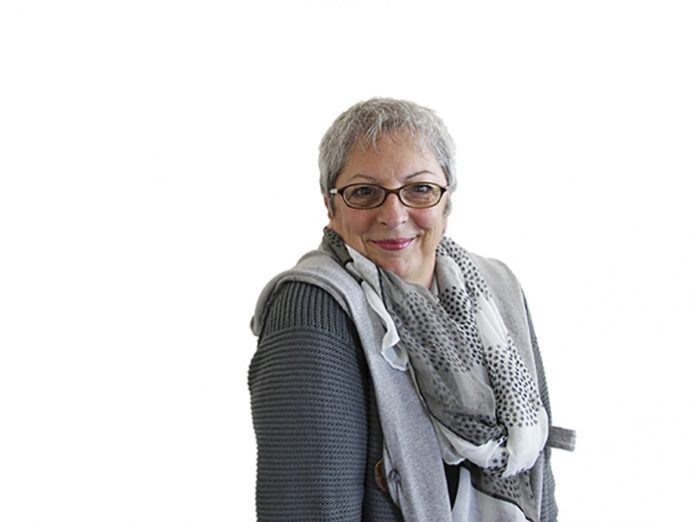 Barbara Horton, FIALD, MIES, LC, oversees five HLB Lighting Design offices around the US. She is president of the International Association of Lighting Designers, is a member of the Illuminating Engineering Society, serves on the Board of Directors of the Nuckolls Fund for Lighting Education, has served as a judge in the Next Generation Luminaires competition sponsored by the Department of Energy SSL Steering Committee, and is an affiliate member of the American Society of Landscape Architects. What’s Horton’s biggest challenge? “Time!” she answered emphatically.

In her role as president and chief executive officer of HLB Lighting Design, Horton combines a visionary perspective of the firm’s growth with a pragmatic approach to every design. Now, as president of the International Association of Lighting Designers, she is intent on giving a strong voice to all the organisation’s geographical components, and to gaining support for credentialing for lighting designers worldwide.

Horton, a native New Yorker, earned a degree in interior design at the Fashion Institute of Technology. She took on a temporary three-week assignment in the office of Jules Horton. “It stretched into three months, then three years, and now it’s been over 30 years,” she affirmed. Horton has maintained the high-energy profile that characterised the office that she initiated, and has focused on encouraging a firm-wide entrepreneurial spirit as a major factor in the firm’s growth.

With the opening this spring of the HLB office in Miami, the professional and support staff now numbers over 60, the largest independent multi-office lighting design consultancy in the US, with additional offices in New York, San Francisco, Los Angeles and Boston. Horton is a strong advocate of shared leadership. “If you want to describe our style, it is that collectively we are design and client-focused,” described Horton. “There are eight principals, they have strong input into go/no-go decisions in their offices for selecting work, design approach and managing their staff while working collaboratively among all offices,” she stated. Based in New York are Stephen W. Lees, Hayden N. McKay, and Lee E. Brandt; with E. Teal Brogden and Tina Aghassian in Los Angeles; Angela L. McDonald in the San Francisco office; and Carrie Hawley in Boston. Horton is leading the Miami office while based out of New York. The firm will invest marketing and promotional efforts in introducing the HLB Miami office to professional designers in the southeast market along with other markets in which it sees strong opportunities.

“Our principals are looking ten years into the future with continued opportunities for growth. To support this objective, the firm has built a strong support infrastructure, employing a human resources specialist and a national multi-media marketing and communications manager. A succession plan is in place along with a detailed ownership transition guide. Adherence to high design standards and operational decision-making are on a near-equal par on any business day,” Horton estimated.

Approximately 80% of HLB’s projects are commissions from architects and interior designers, with the balance from developers and owners. Currently, there are over 250 active projects on the books, ranging from lighting master plans for mixed-use environments, to airports and other transportation facilities, corporate offices, embassies, plus academic, hospitality, and retail projects.

The HLB staff is a mix of designers with backgrounds in theatre, architecture, interiors, landscape architecture, and engineering. “It’s important to plant the seed for the future of lighting design into design schools… making very apparent to the students what makes the lighting industry exciting and rewarding, and establishing a welcoming environment for new talent,” Horton emphasised. She has been an instructor in lighting design at the Parsons School of Design, where her objectives included exercises in abstract thinking, the introduction of a practical design process, and the importance of developing communications skills, which she feels is a necessary ingredient in making presentations that explain a concept to others on the design team and to clients.

She approaches her duties as president of the IALD with the same type of wide-ranging, encompassing, empowering style that distinguishes carrying out her company’s managerial duties. Horton consulted with past IALD presidents and asked them about experiences during their terms, posing queries relative to what they felt had been successfully accomplished, and what they would do differently if they could. She created a wish list aligned with the IALD plan of work, and at the top was encouraging an increase in involvement in sharing ideas and experiences from chapters located at considerable distance from North America.

“An important goal of mine is membership outreach,” she stated. To express her agenda to its best advantage, she would do it in person. She established a travelogue that took her virtually around the world: Berlin, London, Paris, Tokyo, Singapore, and Sydney and Melbourne in Australia, where she met with many designers. “In this way, designers everywhere get to relate to an individual and see the IALD as a community, comprised of others who have the same issues as you do. The IALD and its members can provide the information that can help the membership with solutions that apply to the ongoing success of their practices,” explained Horton.

The designer pointed out that the IALD’s global growth initiative started well before she became president. “We recognise that we needed someone who can be on the ground in various locations to facilitate communications and create the synergy locally. In addition to those in Chicago, we now have staff in the UK, Japan, and Brussels.” With the accelerated pace of changes in the industry, she foresees the need for open dialogue connectivity and a working feedback system.

Horton continued: “The IALD has many avenues to foster community ‘glocally’ as we like to say. The Enlighten Conference is a key component of our professional development and educational programmes for our members and is well established in North America, Japan and Europe, in addition to our partnership with Lightfair and alliances with many other lighting design-related and professional organisations around the world.”

Horton’s activism in the global approach to the practice of lighting design started when she joined the IALD Board of Directors in 2009 and participated in the movement to accredit lighting designers worldwide. “IALD members and staff began a taskforce to study the possibilities, joined by other industry organisations, to evaluate the pros and cons. This process led to us retaining a psychometric consultant whose expertise is to help organisations develop credentialing. There is universal agreement that lighting design is a complex undertaking, from energy conservation to the effects of light on health and wellness and the psychology of light, that needs to be addressed on a day-to-day basis. One of the first tasks was to define just what a lighting designer is.”

On-going recognition by designers is a major component for the establishment of credentials to gain recognition from authorities in the governing bodies in countries around the world. Horton emphasised: “I am hoping that within a few years we will be well on our way with both. The CLD program was launched just prior to Lightfair in May 2015, which gained greater exposure through open forum discussion and overview sessions.” There is an independent governance body and 30 international reviewers to evolve the program that will meet the needs of lighting designers world-wide.

“I admire the resolve of the CLD task force, governing body and thoughtful industry leaders for giving their time and expertise throughout the process, and on to its fruition,” concluded Horton, voicing a strong positive outlook for the success of the program.