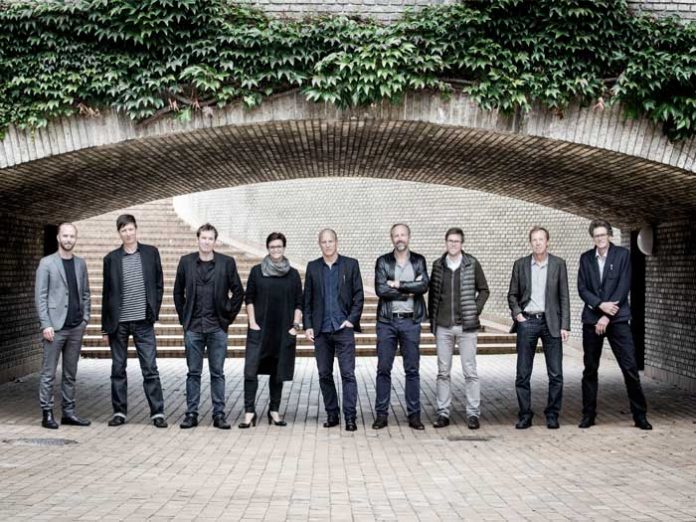 One of the largest and oldest firms in Scandinavia  C.F. Møller continues to impress the design industry with its faultless, simple, environmentally friendly  and sustainable creations.

C.F. Møller, owned by a collaborative group of partner architects and their associates, is one of the largest and oldest firms in Scandinavia, dating back to the 1920s. It prides itself on its expertise ranging over architectural services, landscape architecture, product design, healthcare planning and management advice on user consultation, change management, space planning, logistics, client consultancy and organisational development. With a head office based in the top five floors of the Europahaust building next to the harbour in central Aarhus, Denmark, the firm employs approximately 350 personnel with a near enough even split of male to female. The firm currently has nine partners who take residence in the Europahaust and boasts further offices internationally in Copenhagen, Aalborg, Oslo, Stockholm and London.

Architecture is a competitive industry and it is evident in many firms there is a general stereotype that there is an aspect of hierarchy and elitism amongst partners, their associates and interns. However, according to testimonials from current employees, C.F. Møller has succeeded in breaking down the status barriers and formed a highly collaborative working environment, which reinforces its unpretentious characteristic that filters down into its catalogue of work.

The firm states: “We have a vision which we strive to reach. Our strategy shall get us closer to realising this vision: We want to be among the best companies in the Nordic countries and Europe – and recognised globally. We want to influence the development of the construction industry and produce the highest possible level of architectural quality.”

Designers and architects, much like artists, strive for inspiration everywhere and anywhere. We were lucky enough to speak with one of the leading partners, Julian Weyer, about C.F. Møller, his experiences and where he gathers his inspiration within the industry. A number of the firm’s projects have acquired inspiration from international trends and the changing ideals of society. On a personal level, Weyer gains inspiration from history and his travels, unintentionally turning them into architectural study trips. Throughout the design journey, C.F. Møller strongly believe in upholding indispensable testimonials to create simple, clear and unpretentious designs that incorporate a number of guidelines to follow; awareness of the environment, resources, sensible building budgets, higher productivity, social responsibility and good craftsmanship.

Lighting and architecture go hand in hand, and when speaking with Weyer, we learnt about how light plays a crucial role within the design process of all the projects at C.F. Møller. He stated: “You could say all-important, since without light architecture loses most of its meaning.” He refers to Le Corbusier’s statement on architecture “being the play of forms under light,” but not surmising that architecture is solely visual, it is far more than that: “For instance bringing material tactility into life is typically a combination of light and touch, so light plays a key role when engaging with architecture.”

Weyer discussed how lighting is integrated into the design process and at which stage it emerges in design discussions: “This is somewhat dependent on the project and the team behind it, but generally lighting will be an integrated part of any project by the time it reaches the planning stage. Typically, the first ideas about lighting are part of the early design development, although they may still be unspecified in terms of types and techniques. This is then studied more in-depth at a later stage, where energy performance of the design is also detailed.”

Energy efficiency was a key requirement in the lighting concept for the Danish firm’s award winning creation, the Bestseller office complex, located in the Port of Aarhus, Denmark. It hosts worldwide fashion groups, with the likes of Vero Moda, Jack Jones and many more. To our delight, during the Delta Light X event in Milan in April this year, Weyer, discussed the Bestseller office complex project in great detail. When revisiting this discussion with us recently, Weyer described the process of finding the appropriate lighting designer to best fit their concept: “During the design of the Bestseller complex, we worked closely with the client to achieve the simple yet refined palette of materials and details that characterises the building, and out of this rose the need to find adequate lighting components that would integrate well with the overall architecture, and be equally simplified and well-designed in both form and performance.”

The site is comprised of an amalgamation of buildings and outside spaces all joining at different levels, connected by rooftop terraces, atriums and courtyards. Continuing on with a common theme in the works of C.F. Møller, the buildings aesthetically interlink nature, sustainability and architecture, harmoniously. The building uses a sea water cooling system and solar energy, which qualifies it as a low energy class 2015 building, resulting in a 50% drop in energy consumption, originally stated in building regulations.

With the building playing host to multiple fashion platforms and as a venue for fashion shows, lighting and design play a large part in the central atrium. C.F. Møller was in partnership with Delta Light to create simple, linear lights throughout the building that work in unity with the natural skylights. Weyer said: “Our central idea was to let the lighting of the building discreetly underline the architectural spaces, rather than become a too overtly visible technical feature. Therefore, we were looking for a wide product palette that could first and foremost be integrated with the chosen materials and other technical solutions, and we found that Delta Light could provide such a palette, and assist the process with further ideas.” The Bestseller project has won numerous awards across the board, including; Natural Stone Prize (Naturstensprisen) 2016, Winner Commercial WAN Award 2015, Special Mention in the Architizer A+ Awards for the Plus Categories | Concepts: Architecture +Landscape category 2016, Aarhus Municipality Architecture Award 2015.

However, this project is merely a drop in an ocean of success for the firm. It has collected numerous awards over the years for its excellence in the architectural industry. In 2015, students at the University for Southern Denmark were lucky enough to take up residence in the award-winning new campus accommodation in Odense, Denmark. The 360-degree perspective building houses room for 250 students over 15 floors. The design of the building forces a strong sense of community for the students. The layout comprises of seven bedrooms per section, all with their own balconies, brought together with a central living room and communal kitchen space. “Each room has a private balcony, which both helps make the homes attractive, but also has an environmental function: The shading internal balconies help manage solar gain, contributing to significant energy savings. The kitchens at the centre of each floor are shared by all, and feature generous glazed facades that ensure light and views in three directions,” said the firm.

Another notable project the firm completed is Stockholm’s new ferry terminal for permanent links between Finland and the Baltics. It is becoming a landmark both, architecturally and environmentally, for the new urban development Norra Djursgårdsstaden.

The design layout for the terminal reflects a moving vessel with large cranes and warehouses, which portrayed the ports. In addition, the project takes on an ambitious sustainable profile. The main theme for the project was to create organic links with Stockholm’s city centre and Norra Djursgårdsstaden to encourage city dwellers into the area. In previous years, residents of Aalborg in Denmark have struggled to gain access to their waterfront due to the industrial harbour and heavy traffic associated with it. In response to this industrial divide in the landscape, C.F. Møller developed a master plan that would link the city’s medieval centre with the neighbouring fjords by finding natural openings within the urban fabric. Aalborg’s medieval castle becomes the focal point in the harbour once again amongst the green expanses and historic embankments, dramatically angled netting and lit masts surrounding the area. To reinforce this passage, the terminal is raised to the same level as the urban zone, allowing easier access to pedestrians and traffic flow. Green landscapes, stairways, ramps and cosy corners invite passersby to enjoy the rooftops and relax whilst admiring the passing ferries and city skyline.

To continue with C.F. Møller’s leading sustainability theme, the terminal is energy self sufficient with integrated solar energy and geothermal heating and cooling, thus qualifying its certification to environmental level Gold.

The future of light and how it is evolving within the design industry is taking a practical turn. Weyer described his impression of the direction in which the process is heading: “There is an increasing understanding of the importance of well-planned light for the success of architecture, and not just for aesthetic reasons: efficiency in healthcare, schools or work environments for example, are now considered in relation to evidence-based knowledge and studies which includes lighting and parameters. Or the importance of safety and wayfinding in public spaces, where lighting can play a key role – and last but not least, the need to reduce energy consumptions, which is driving a lot of the design processes and has led to so much change in the lighting business that is only slowly coming around to the kind of light quality, which we enjoyed with incandescent.”

What can we expect from the firm in the future of design? Well, not surprisingly, C.F Møller are juggling numerous projects including new headquarters and office complexes for several major international brands, as well as a deep involvement with the Nordic welfare states, specifically with education, healthcare and democracy. The firm’s latest accomplishment is the brand-new Copenhagen International School, which features a unique lighting design that includes circadian lighting that changes colour temperature over the course of the day and other pre-set lighting moods that the teachers and students can manipulate themselves.