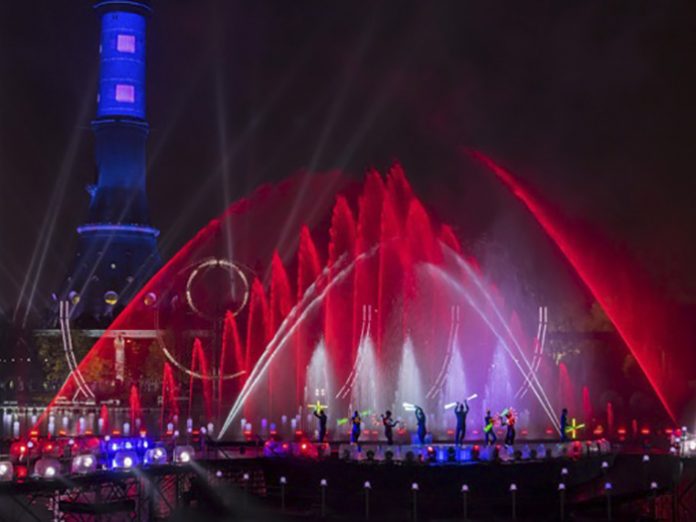 For the water features of the festival, fountain specialist Aqua-Show installed two lines of fountains and created a 3D world of water for laser projection. Using RGBW P-5 wash lights from SGM, they illuminated the fountains were illuminated with water reaching heights of 30-metres.

Water show lighting designer and design engineer of the fountain system, Korzakov Anton, explained: “This is our first experience in using LED light for creating a wash effect on the water. All our previous attempts have been unsuccessful and for many years we have only used conventional lights.”

Spin Music Service supplied the 42 LED fixtures matching all of the show’s requirements. “The light weight of the P-5 influenced our decision as well as the huge light output, but the main feature of the P-5 is the IP65 rating, as it is exposed to water from the fountains and the fixtures had to work a full week in these conditions,” said Anton.

The lighting designer had previously seen the P-5 in use for architectural installations, but never in connection with water. The result was a fitting display for the festival which received positive reviews from spectators.