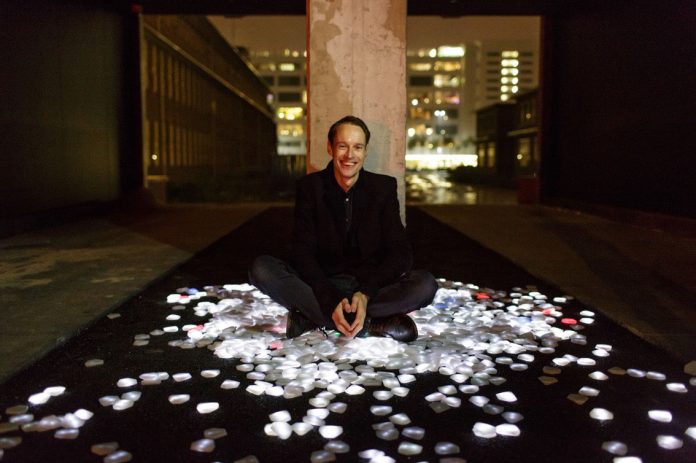 (UK) – Dutch artist and innovator Daan Roosegaarde will be part of the darc thoughts lecture programme at the darc room exhibition, part of this year’s London Design Festival.

Roosegaarde has been driven by nature’s gifts such as light emitting fireflies and jellyfishes since an early age. His fascination for nature and technology is reflected in his iconic designs such as Smart Highway (roads which charge from sunlight and glow at night), Waterlicht (a virtual flood) and Smog Free Project (the largest outdoor air purifier in the world which makes jewellery from smog).

He founded Studio Roosegaarde in 2007, where he works with his team of designers and engineers towards a better future. Together they develop ‘Landscapes of the Future’ building smart sustainable prototypes for the cities of tomorrow.

Roosegaarde is a Young Global Leader at the World Economic Forum and named Artist of the Year 2016 in The Netherlands.

All talks are free for registered visitors and seats are on a first come first served basis.

The exhibition will consist of leading lighting manufacturers displaying their latest products, light installations and a series of lectures tackling lighting design, technology, sustainability and architecture.

In addition, Eoin Billings, Founding Partner at Billings Jackson Design; Nick Durrant, Founder at Plot; and Nat Roberton, Programme Manager at Bristol Legible City Project will be discussing the transformation of the urban environment by the Internet of Things.