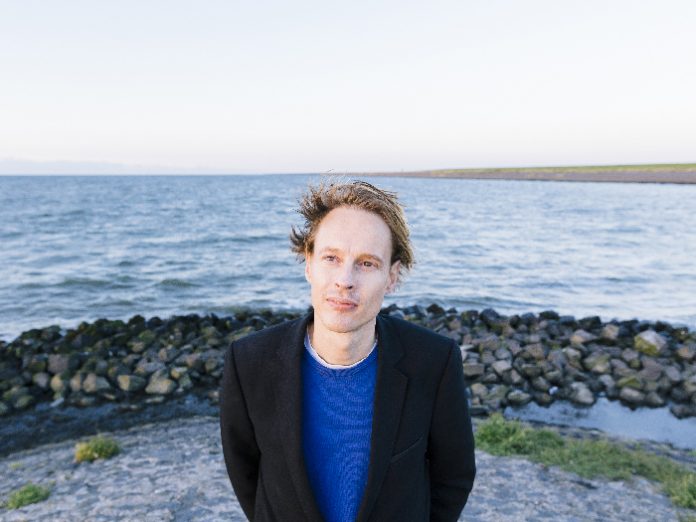 Before his appearance at darc room, we had a chat with Dutch artist and innovator Daan Roosegaarde, founder of Studio Roosegaarde, to discuss his approach to light, and the relationship between people, technology and space.

Explain your journey to becoming an artist.

I think I’ve always considered myself as a maker, not just a consumer, to make new proposals, to make new dreams, to make new solutions. So in a way the projects that you’ve most likely seen, the bicycle paths that charge at daytime and glow at night, the Smog Free Tower that provides clean air in Beijing, are really about triggering imagination, but at the same time, are based on a desire to upgrade reality. Maybe in the beginning we operated purely in the art and design scene, but now the scale becomes bigger. We still love the art and design scene, and we will always keep on doing that, but I think the scale will change as the studio continues to grow bigger.

You have always used technology in your art. Why is this?

Right now we’re more focused on biology, on nature. We’re working with light-emitting algae, one of the oldest microorganisms in the world that wake them up a bit, when you shake them, they become lights. So we’ve been growing them for the past two years, making the most light-emitting algae currently available. So there we have light and energy without a solar panel, without an energy bill, without tech. I’m really interested in biotechnology in a way, in a world where we grow things instead of build stuff.

Do you have a particular affinity towards light?

I think for me light is not about decoration, it’s about communication. So when we look at the stars high above in the sky, that’s not just a romantic image, it’s also in a way information from history speeding towards us at 300-kilometres per second, the speed of light. It’s our history, but maybe also our future, because one day we’ll go there. For me light is a great way of communicating with yourself, your body, and the people around you. It’s not about decorating but reforming, and making places that are good for people.

What are your favourite lighting projects?

We’re currently working on a series of energy-harvesting kites that fly high up in the air for several weeks. They’re smart kites that are connected to the ground with cables, and because the kite is always searching for the optimal wind, the cable moves up and down, and therefore it generates electricity – enough for 200 households, around 100-kilowatts. We make the lines of these kites light-emitting as well, so you have these beautiful dancing lights going up in the air, and at the same time they are generating electricity, the same way that a dynamo on a bicycle generates light, but a little bit more sophisticated – a lot of smart people worked on the project to make it happen. We’re launching this in November this year. It’s a design that is more about improving life, rather than just making beautiful things. For me, that is true beauty.

How did the Smog Free Project come about?

That’s a crazy project. It started three and a half years ago. In the beginning people said it’s not possible, but we’ve proven that it works, we have the scientific results from the technical university in Eindhoven in the Netherlands. So it sucks up polluted air, cleans it, releases it and makes areas that are up to 70% cleaner than the rest of the city. It’s really about the beauty of clean air, of clean energy, which I think is basically the drive of our studio. I don’t see myself as a light artist, but rather I use light and technology to show the beauty of a new world. It’s a beautiful, crazy project and I’ll make sure that I address it at darc room as well. It’s interesting also because the UK government has announced a big plan to fight against pollution, and they’re planning on making car tunnels as sort of sucking up devices to provide clean air for the city. So they’re following up our ideas, which is really cool. So you see innovation is always step-by-step. In the beginning it’s a one-off, special project, but now it becomes part of a new standard, which is beautiful.

What is the answer to the world’s problems?

There’s not a lack of money or technology, there’s a lack of imagination, so I think it’s really important that young designers, young architects, artists and engineers work together on proposals on how they want the future to look. That’s where the energy is, that’s where the finance is, where the curiosity is. We shouldn’t do less, we should do more, and just waiting for governments or hanging it as social responsibility is not going to do it. We should design the new standard. I go to New York and I see light bulbs. Light bulbs, my God! LED was invented in 1973! So everything is already there but we just have to learn how to appreciate it more and show the beauty of cities that are energy neutral. Also the notion of light pollution – why do we have street lights on all the time, even at night when nobody is there? It’s stupid. Just plug in a little sensor to make it interactive, like our Dune project, where thousands of fibres follow you with light when you walk by. Why can’t that be street lights? I hope that darc room looks at showing what is possible, and ask that question: why are we not doing this yet? That’s maybe something that we need to answer as a collective.

What is your talk topic at darc room?

I’m going to show some previous projects like the Lotus and Dune, some current projects like the Smog Free Project, and some future projects like the Glowing Nature – the algae that I talked about – and the kites, but really show how good design, good technology can upgrade a city or a landscape. I won’t just talk, talk, talk either, I’ll take some time to show, and also open up the room for some Q&A, I’m sure that there are a lot of questions. London is always eager to learn, that’s the energy I get.

I’m really looking forward to it. I’m looking forward to meeting up and exchanging ideas, because you’re very well connected to the lighting industry, and we’re a bit on the edge of what is and what is not possible, but it’ll be nice to trigger that conversation.

We know London Design Festival quite well from last year as well, they’re great people. I love the independent pavilions that they’re launching every year, and the larger public artwork designs that they do, they’re really powerful.

To register for Daan Roosegaarde’s lecture at darc room, go to www.darcroom.com