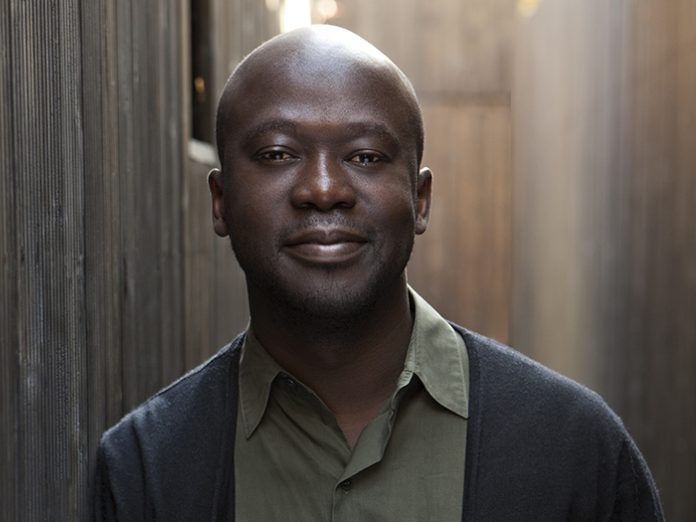 Ghanaian British architect David Adjaye’s ability to communicate with people is second only to his appreciation for history. mondo*arc caught up with Adjaye to talk light, the hybridity of architectural types in the urban landscape and cultural significance.

In the summer of 2015, iGuzzini and MAXXI Architecture – Italy’s museum of contemporary art – embarked upon a new collaborative project entitled Light On. In a similar format to last year’s project, Light On 2016 has so far consisted of talks from four major international architectural firms, including discussions of their work and the topics, themes and contexts defining their professional careers. In doing so, each designer offered a contemporary point of view regarding the relationship between form, technology and light.

Taking place in July, the fourth 2016 Light On talk saw Ghanaian British architect David Adjaye OBE, founder and principal architect of Adjaye Associates, share his viewpoint on the identity of architecture in cities and the role light plays in forming said identity.

With offices in London, New York and Accra and having completed work in Europe, North America, the Middle East, Asia, and Africa, storytelling is a recurring theme for the architecture of Adjaye. Through six of his projects, different in purpose, scale and materials used, he graced the auditorium with tales of his process. Adjaye’s ability to communicate with people is second only to his meticulous attention to history and his ability to intertwine culture and structure. These, his very own tools of his trade, are apparent in all of his works, giving rise to an unmistakably ‘Adjaye’ style.

Take, for example, Shoreditch’s ‘dirty house’ – a project that got him a lot of attention in London. Previously an old piano factory in the ’50s, this industrial space wore the scars of its wartime existence in plain sight. This allowed the area, and buildings like this, to become popular in the late 20th century due to cheap price tags and attractive large spaces – two important prerequisites for the development of modern architecture. Now a studio home for two artists, this project saw Adjaye design with an alternative approach: “It was very much a hybrid, generic building,’’ he explains. “When we were given this building, the city said: ‘why don’t you tear this down’. However we were interested in not destroying this generic hybridity but instead celebrating it.’’

In a then controversial exploration, the team took interest in the fabric of the city and how they could layer and add to it. ‘‘We wanted to try something new, not just to create a studio with light but to make a space for experimentation for the two artists in relation to the civic world,’’ explains Adjaye. ‘‘Not just a place to make art but a scale to see how their art worked in institutional space.’’

During this exploration, and in order to achieve the desired result, light played a crucial role: “Light, for me, is a primary material,’’ explains Adjaye. “The way in which it augments and supports life is critical to the way I work. Ultimately, my architecture is really framing light all the time and addressing how it enhances the everyday experience.’’

In this instance, the top of the house has been lit by strip-lights, with most of its light being delivered by indirect floor lighting, illuminating its white surface to create a beacon at night. This beacon became very famous in the neighbourhood, as in the evening its roof would glow, paving a new way of looking at the city and its “apparently terrible architecture’’.

As much as Adjaye’s ‘Dirty House’ is unique, his skill in conducting light to elevate the emotional prowess of his architecture is ever-present throughout his portfolio. In conjunction with this, a man well-traveled, he has developed a global sensitivity towards light. “I’m a creature that first notices the light when I arrive in a new country,’’ he adds. “Whether it’s cool, warm, the intensity of it, the clarity of it; these are things that really fascinate me.’’

This sensitivity and appreciation for the inevitability of light is apparent in a number of Adjaye’s international projects. For example his ‘River Reading Room’, a public library found on the banks of South Korea’s River Gwangju, forms a gateway, a moment to reflect and look. Framed by four archways, notches cut into the pavilion’s timber structure house books, which catch light in its most organic state and create an atmospheric environment for visitors to the water’s edge.

Moving on to a project in New York’s Harlem – his first big project there – ‘Sugar Hill’, a housing start-up centre for homeless people, was started by a group who believe that housing is the best way to move people out of poverty. Within its multi-purpose interior, the museum section uses shafts to bring natural light down into its 40ft space. At the bottom, the light floods the floor to create a corridor that divides the main art space.

Once countryside, Harlem was first a ghetto and now a community for African American immigrants. This saw an incredible explosion in music and culture, which Adjaye encapsulated to make a building with a new type of skin, featuring Harlem’s most prevalent flower – the rose – embossed in concrete. “As it indents negatively, you don’t see it in the sun, you see it in oblique light,’’ he outlines.

The building is strong and quite brutal but when you come close, “the light starts to reveal something else,’’ explains Adjaye. “Depending on the angle, you get these flowers appearing and disappearing in a monolithic block. Children often say: ‘oh my god I can see something, or not!’ It becomes a way in which you see ornaments in a new way. A soft game.’’

Now to Beirut, one of the Mediterranean’s many beautiful peninsulas. Positioned in close proximity to Syria and next to a six-lane highway, the Aïshti Foundation project symbolises hope in a time of war-stricken instability. A retail environment but also an exhibition space for digital art, a wellness centre and a public plaza for the community, the building takes the form of a box wrapped in a skin. Taking inspiration from a traditional Middle-Eastern idea for creating shade, the skin creates shadow but is perforated to allow natural light through. In this, the façade becomes a way of talking about light and shadow, permanence or not. “We have used reflection, natural light and artificial light to create a kaleidoscope, which brings you from other spaces into the retail area,’’ explains Adjaye. “From the top, you start to see the light emerge and you come out of it. You realise from looking at the top that it is really a mixing of natural and artificial light that creates the reflections.’’

More recently came the grand opening of perhaps Adjaye’s most famous project to date – Washington DC’s Smithsonian National Museum of African American History and Culture (NMAAHC). At the end of September, Obama, Clinton and the Bushs officially opened the building – the last to be built on the Washington mall, which was designed 200 years ago.

Eight years in the making, Adjaye’s museum is dedicated to the African American community and its contribution to the identity of America. “It isn’t a museum full of beautiful objects, but about stories and how people contribute to nations and how nations are made stronger through the diversity of their groups,’’ he summarises.

Beginning with the Nigerian Yoruba tribe’s motifs and crowns, which became systems to hold up buildings, Adjaye’s contemporary design is a layered structure that tells tales of the past. Forming a monumental cross with other great buildings of Washington, the structure creates a three-layered filtering system through positioning of a glass building inside a skin, with an opaque building inside that.

Further enforcing consistency of theme, the skin is a triple tiered reference to the Yoruba crown made from Charleston cast iron and created by a computer-generated matrix, which has been densified or thinned to respond to light.

Upon entering, visitors are presented with a dark ceiling that accentuates the four lights infiltrating each side of the building, like the points of a compass. Natural light penetrates the cladding and is fractured into dynamic patterns. When asked about the role of light in its ability to pattern and texturise, Adjaye responds: “It’s about, in a way, bringing people closer to the power and effect of our natural environment but also letting them understand that’s part of our ritual and our pattern. And somehow, architecture can harness this to enhance the experience of being inside or outside.’’

The ‘Oculus’, a circular raised platform at the west entrance where the slave market once stood, displays a reverse waterfall, acknowledging a moment of significance on the site. Initially, visitors can look down the waterfall, allowing it to become a lens or beacon for the northern side of the site.

The top view gives visitors a panorama over the entire mall, with the roof terrace providing a vista to Maryland, Virginia. “Looking at different lighting effects, it becomes graphic at times; in the evening it becomes a lantern,’’ Adjaye adds.

Just like all of Adjaye’s works, the NMAAHC speaks for something much bigger than construction, materials and technology, “it really talks about how we grow as large cities or large super countries, the narratives of people are very important. In the 21st Century, maybe this mixing of people and institutions has a new role; not just to talk about beautiful objects but also how our lives are, how we come together and how we form new places’’.

In the context of light, it seems as if Adjaye isn’t someone who floods a space with the artificial but instead acknowledges its natural ubiquity, using his architecture to frame the wonder of its properties and the ways it can influence social experience. He concludes: “I have become much more conscious of light. I was very inspired and informed by light in my work, right from my student days. I just wasn’t very conscious about what was guiding it. But as I matured it has become much clearer what the inspiration is.’’