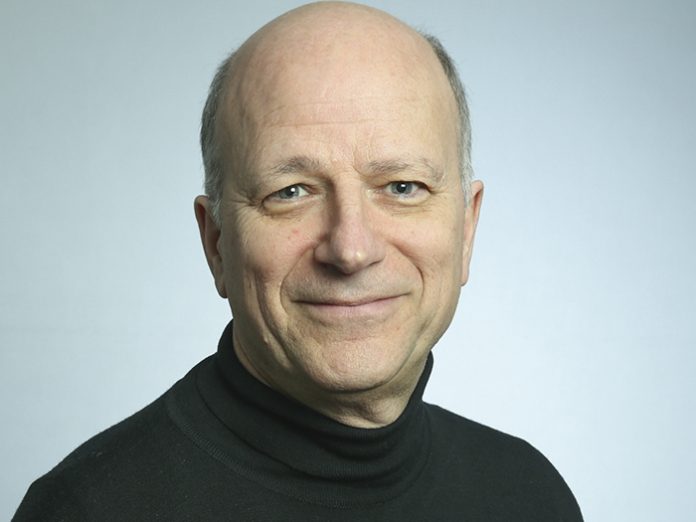 Having originally reviewed iGuzzini’s first Laser Blade range in 2013, David Morgan looks at the new, smaller XS version which was shown at Euroshop as part of the world tour launch.

When a new version of a product is launched that I have already reviewed it is a good opportunity to compare what I wrote last time with my latest thoughts.

Looking back at the 2013 mondo*arc review of the original iGuzzini Laser Blade range I am struck how small the range was when first introduced and by how much it has grown in scope while simultaneously shrinking in size in the latest version, the Laser Blade XS.

The Laser Blade XS, which was launched at an event in London recently, is around 36% smaller in linear dimension than the size of the original version, being only 28mm wide, and yet produces only around 3% less light than the current Laser Blade light output, according to figures from iGuzzini.

The miniaturisation in size is definitely a benefit in making the luminaire disappear into the ceiling but the lower lumen output might be an issue for some projects. Given the range of five sizes of Laser Blade now available, one of the larger sizes is likely to be powerful enough.

Continuing advances in LED technology mean that the light output per circuit watt increases every year from physically smaller packages. In this instance the type of LED used has changed from a Cree XPE type used in the Laser Beam to a smaller type without a built in lens. The specific brand has not been revealed by iGuzzini at this point. In order to capture and control the light output to produce an efficient and attractive beam requires higher levels of reflector precision. The original miniature Laser Blade reflectors incorporated a series of mini facets to control the light distribution and also mix the light to give a homogenous output without striations, hot spots or colour break up. The tiny Laser Blade XS reflectors have taken the art of facetted reflector design and production to a new level of miniaturisation and complexity. Below the reflectors, a moulded louvre cell controls glare effectively giving a UGR of under ten. iGuzzini has applied for a patent for aspects of the optical design and branded them Opti Beam technology.

I understand from optical design guru Richard Hayes, of 42 Partners, that while the design of complex reflector optics has few theoretical limits, the problem in the past has been how to translate the precise geometry via a hardened steel injection moulding tool into a plastic moulding that can then be vacuum metalized to produce a working reflector. Developments in the use of laser-etched hard copper for tooling of this type instead of tool steel allows greater precision and therefore miniaturisation. iGuzzini may have employed this material and technique to create the new micro-reflector for the XS.

The result of the miniaturisation effort appears to be worthwhile. In the rather limited presentation of examples from the range made in my office, the beam on the downlight versions was clean with no imperfections or colour issues. The original claim that a circular distribution is achieved from a linear downlight without any dots still holds true given a reasonable mounting height.

In my original review I mentioned that a wall washer version would be a useful addition and iGuzzini introduced that option for the Laser Blade a while ago. The wall washer version of the Laser Blade XS performs remarkably well and, with the aid of two internal linear reflectors, a linear prismatic lens and a miniature kick reflector, light is pushed right to the top of the wall. The uniformity across the wall also seems to be good so that even quite wide spacing will fully and evenly wash the wall. The XS is claimed to be the smallest wall washer of its type on the market.

The range of only five downlight versions of the Laser blade that were first launched in 2013 have now grown to four sizes ranging from the 28mm wide Laser Blade XS up to the Laser Blade XL at 144mm wide. The total number of versions is over 90 and if the colour temperature, tuneable white and housing colour options are included then it runs into hundreds of options.

The XS range includes downlights in six linear formats from a single cell up to fifteen cells and two square formats with either four or nine cells. Up to three beam angles are available for the downlights, 24, 36 and 55 degrees. The wall wash versions are only available in a linear format from 60mm long up to 276mm long. LED options for colour temperatures range from 2,700K up to 4,000K all with 90 CRI LEDs. A tuneable white version is also available in the wider downlight beam angles although figures for the colour temperature range are not shown in the literature so far. Both downlight and wall wash types are available in either bezel or frameless mounting options.

An aimable downlight option is not available yet for the XS size and may not be possible to achieve in such a tiny luminaire although this is included in the much larger XL size.

A variety of colour finishes for bezels includes white, black and grey. The anti-glare cell louvres are available in black, white, polished gold and polished chrome.

The detail luminaire design and construction is very well executed and even the wavy heat sink fins from the Laser Blade have been retained as they provide up to 10% more heat sink surface than a simple linear pattern. They also give the range a distinctive appearance that is so important at the specification stage of the sales process. Massimo Gattari, iGuzzini Innovation Lab Director, who was responsible for the development of the original Laser Blade, also led this new development for the XS range.

The XS version is likely to be a useful addition to the already highly successful Laser Blade family.