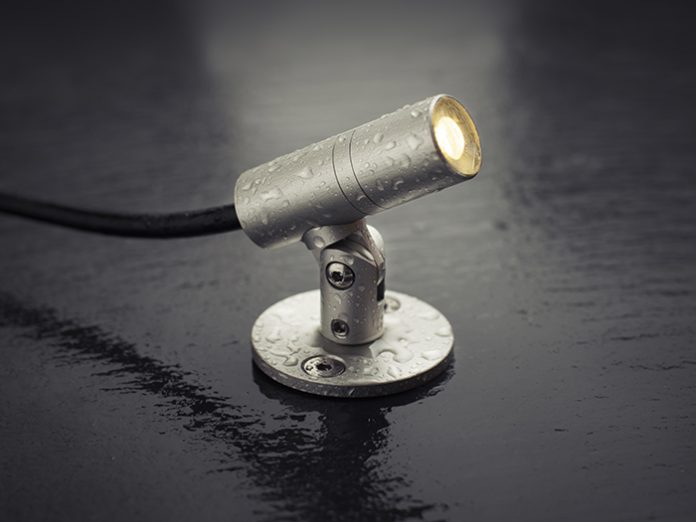 When a company grows over a 25-year period, from the proverbial garage start-up in Edinburgh to an international architectural lighting brand that now employs 45 people, there is an interesting story to be told.

Stoane Lighting was founded in 1995 by Mike Stoane, he produced custom-machined aluminium and steel luminaires in his garage for local lighting designers in Edinburgh. Early products included low voltage halogen rod systems and chandeliers. The first major spotlight project was for the Benson + Forsyth 1998 extension to the Museum of Scotland, with lighting design by Kevan Shaw. The resulting luminaire was the iconic twin cylinder MLX design with the LV transformer housed in the top cylinder.

When Mike Stoane retired in 2014, the company became an Employee Owned company. Stoane Lighting’s EO model is an Employee Ownership Trust (EOT), meaning the majority of the company’s shares are held in a Trust for the benefit of the employees.

The company continues to produce a variety of high specification luminaires based on machined aluminium and steel components and one of the latest additions to the range is the diminutive Pipien IP66-rated spotlight. It is understood that requests from lighting specifiers prompted the company to develop Pipien as an IP66-rated version of the interior-rated Surf Type S spotlight.

A number of the functional design features of the Surf Type S luminaire in terms of adjustability, lockability, durability, changeable optics and re-buildability are incorporated in Pipien. Apparently some of the design principals used to achieve the IP66-rating for Pipien emerged during the design of the Stoane Bulwark luminaire for a Lighting Design International project for Oyster Yachts.

With a body diameter of only 16.5mm, Pipien incorporates a single Osram Oslon Square LED, which produces a high quality of light output with a clean distribution. The maximum drive current is 500mA, giving a lumen output of 71 lumens with an LED power consumption of approximately 1.5W. Pipien requires a remote constant current driver and a number of luminaires can be run in series from a single driver. Using remote drivers can cause issues in some situations with long cable runs causing volt drop, but this approach does result in a miniature luminaire design, while also simplifying the construction.

All the mechanical components are made in machined aluminium with an anodised satin black finish. The quality of the machining and anodising is very high with a pleasing surface finish. Rotation and aiming angle for Pipien can both be locked securely with an Allen key.

The lenses are designed to be changed by the installer or end user, but this would not be advisable after installation in an outdoor situation, as dirt or moisture could get trapped inside. The glass window is neatly bonded to the machined front ring with a back printed detail to hide the adhesive area. The cable entry seal at the back of the spotlight is nicely detailed with a machined compression ring.

The knuckle joint is machined separately from the body and fixed with a couple of small stainless screws. All of these mechanical details are executed with a clean accuracy, which gives the luminaire a high perceived quality.

Stoane Lighting’s commitment to the green agenda is evident as they make a point of designing their products for easy re-use or recycling. Pipien follows this approach. The only components that are bonded in place are the window and the light engine PCB, both of which could be disassembled at the end of life or if damaged.

The aluminium LED light engine PCB is bonded to the heat sink body with a phase change adhesive so that in theory it could be replaced on site, although Stoane Lighting recommend this is done at their factory under controlled conditions.

The miniature size of the Pipien is evidence of a continuing trend among manufacturers to develop smaller luminaires for many applications. This development is partially in response to the ongoing increase in LED efficiency but also the desire to produce more complex lighting schemes. Small luminaires now have far greater light outputs than in the past, but the important trick is to ensure that the quality and efficiency of the smaller optical system still produces a pleasing lit effect. The mechanical and optical design of the Pipien works very well in this respect. It will be interesting to see how long this design trend can continue and how practical it will be to develop ever smaller luminaires.

The miniature size of the Pipien will enable it to be used in a very wide range of exterior detail accent lighting applications. The mechanical design is simple, straightforward and well executed, while the light output is more than adequate for likely applications and the beam quality is pleasing.