Plant illumination is a well-established part of the lighting designer’s palette and is often achieved with buried uplights or surface-mounted projectors.

A less familiar approach is using the luminaire itself as both a planter and support structure for the plant as it grows.

Technilum, located in the southern French town of Beziers has recently incorporated both these functions in an elegant and effective manner, in the customisable version of its Treille lighting pole system, Creille-that-Grows.

Originally founded in 1971 by Guy Jullian, Technilum has been run as a family-owned business by his daughter Agnes since 1994. The company focus has always been on exterior street and amenity lighting and early products included conical street lighting poles. Technilum now offers both ‘off-the-shelf’ systems as well as bespoke designs. Its creative approach enables it to work with lighting designers and architects on high-end projects around the world.

In the early years, Technilum poles were designed for use with other manufacturers’ luminaires, however in 2010 Technilum introduced its first LED luminaire and now offers a complete range of poles and lighting elements, all of which are manufactured in France.

The Treille range was originally developed by Technilum in 2007. It was designed in conjunction with French lighting designer, Jean-François Arnaud, specifically for the Thiais Village project – a large open-air luxury shopping mall in the Paris area. The aim was to provide a high-quality lighting column that would act as both a decorative and functional lighting addition to the project.

Treille (French for trellis) takes its name from its perforated aluminium structure. Technilum has always used aluminium for its products and utilised weld-free production techniques from an early stage to avoid weakening the column structure and to avoid corrosion. Mechanical bolts are used in combination with industrial strength adhesive systems.

The square 177mm x 177mm extruded aluminium profile used for the Treille system has gentle concave surfaces, adding visual interest while increasing rigidity. Each face of the pole can be perforated by the Technilum in-house water jet facility with a wide variety of decorative patterns. The system can be used to create complete structures as well as various heights of lighting poles and bollards. Up and down light luminaires are housed within the profile so that the perforations are backlit and provide attractive light patterns on the surrounding surfaces. The housing also serves to protect the luminaires from vandalism and provides space for drivers and connection boxes, so the pole remains aesthetically pleasing.Projectors and amenity lighting luminaires can be mounted at various heights and positions on the poles.

The development from the original Treille system into the latest version, Creille-that-Grows, which also integrates planting, started in 2013 as a design project with French landscape architect, Maxime Saisse. The aim of the project was to increase the use of plants and greenery in the limited spaces in cities around the world. As urban centres around the world continue to grow, the demand for more ‘green space’ and the connection with nature will increase.

The first project using the Creille system was in the Hedas neighbourhood in the French city of Pau. A series of 3.5-metre-tall columns integrating downlights and four-metre columns with twin projectors were used as part of a historic city centre renovation scheme. The downlights provide up to 4,200 lumens from a sixteen LED, IP67, IK08-rated luminaire that can be fitted with optics to produce either a wide batwing or medium beam distribution. Lighting design for this project was by Lionel Bessiers with landscape design by Villes and Paysages

The Creille-that-Grows system includes all the elements needed for healthy plant growth while also providing attractive amenity lighting. A buried cast concrete base, large enough to support the plants, is installed first. Holes for the plant roots to grow into the underlying soil are provided. The base is covered with a 760mm x 760mm die cast aluminium cover with grid openings to allow water through to the planting. The lighting post passes through the cover plate and is supported by the concrete base. Access to the electrical junction box is via a door concealed in the side of the post.

It is understood that a limited number of rather hardy plant types will thrive when used with the Creille-that-Grows system including Roses, Clematis and Jasmine, but this will depend on the particular local climate where they are installed. It is however envisaged that replacing the plants may be needed on a regular basis so being able to lift the cover plate to renew the soil and remove dead vegetation while leaving the lighting elements in place could prove very useful.

The Creille-that-Grows system is an interesting development from Technilum as it evolves the Treille range based on project demands. Several installations have now completed using the Creille-that-Grows system including South Quay Plaza in London and the Marrakech Royal Golf club. No doubt many more will follow as demand grows to refocus cities into more livable and ‘green’ areas.

Technilum claims to focus on creation, innovation and design in an urban and architectural environment, and it seems fair to conclude that all three of these key drivers in the company’s heritage have been achieved with the latest addition to its range with the Creille-that-Grows. 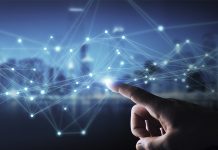 Follow the Light: Where to search for useful research information 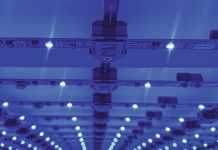 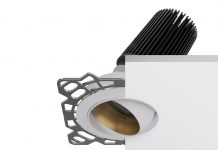