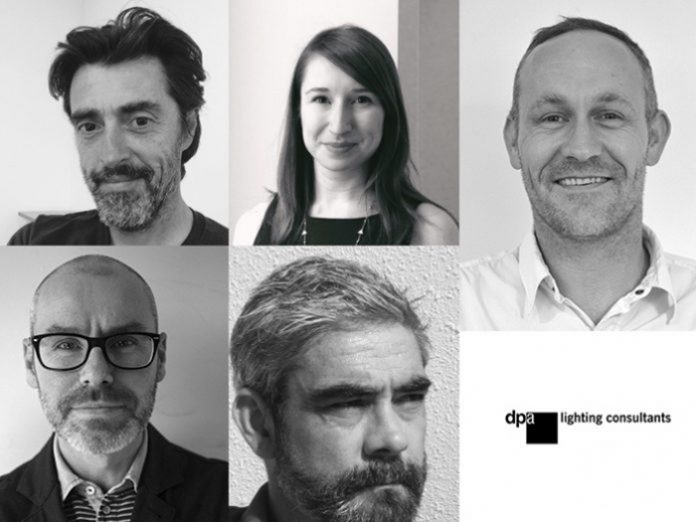 Originally trained in the three dimensional fields, particularly furniture and interiors, over the last sixteen years Sweetman has come to appreciate lighting as a medium in all its forms. From initial creativity and pitch through detailed specification to on site implementation and response, his ability to communicate across the broad spectrum of design related industries compliments his creativity as a designer. Working with leading architects and design consultancies such as Skidmore Owings & Merrill, HOK International, Foster + Partners, Wilkinson Eyre, Allies and Morrison, WATG, Martha Schwartz Partners and Checkland Kindleysides, Sweetman has developed several new lighting concepts for a variety of blue chip clients such as British Land, Ballymore, Land Securities, One & Only, Levis, Mercedes Benz & Porsche.

A variety of historic commissions such as Battersea Power Station and The Painted Hall, Greenwich have been particularly challenging yet enjoyable.

Things he would like to spend more time on:

Curry has worked in lighting design for 20 years and joined dpa lighting consultants as a Senior Designer in 1999.

He has worked on many prestigious projects worldwide and has been an integral part of the practice’s growth and development over the past two decades. He leads one of three design teams within the Oxfordshire Office. Curry commented: “In my role, I contribute to the varied and exciting projects within the team, leading the design from conception through to a very hands on approach to design through lighting trials, specification and detailed development of the schemes”.

Hotel lighting design forms a large part of the practices’ portfolio and Curry has been instrumental in developing the team’s creative thinking by encouraging them to be brave, and use less light and appropriately so that the drama and theatre of the interior space is enhanced, whilst maintaining a balance of functionality.

Curry’s project experience is broad, as he commented: “I think we are fortunate as lighting designers to contribute to an exciting mix of project types from small scale individual spaces such as a residential commission through to large scale public realm environments changing a city’s direction. Regardless of the scale a passion to stretch our design thinking is important leaving a legacy of our design contribution for decades to come.” The diversity of project work fuels Michael’s enthusiasm for the subject, capturing exciting projects at different human scales and needs.

Clarke has worked in the lighting industry for 20 years initially within product design and moving into consultancy withdpa lighting consultants over eleven years ago.

Clarke enjoys the creative process involved when pushing for great lighting solutions within each project. He believes being a lighting designer provides the opportunity to direct what is revealed or concealed during the hours of darkness and it is this visual and spacial control that he finds very exciting. Embracing the challenge as an artistic and creative opportunity is how superb results can be achieved.

Within dpa it is the great variety of project types, people and approaches to lighting which Clarke really enjoys. Hard work, attention to detail, a willing team and a common goal to produce excellent work are the elements Clarke believes make the difference.

Nicholls has recently joined dpa as a Senior Designer, following her return to the UK, having spent the last 2 years living and working in Sydney, Australia where she worked on a wide range of projects including private residential developments, transport and public masterplans. Prior to her sojourn to the Southern Hemisphere, Nicholls worked for a large consultancy in London, having completed her MSc in Light & Lighting in 2012. In 2013 Nicholls won the Society of Light & Lighting’s Young Lighter of the Year Award and she continues to play an active role in the industry.

After some years working in lighting manufacturing, Simpson has returned to lighting design – and with the opening of dpa‘s Edinburgh Studio, is delighted to be reunited with former colleagues at dpa, which he says is “like a homecoming”. Initially the Edinburgh team will concentrate on providing support for the busy Dubai Studio enabling dpato service this growing marketplace more effectively.