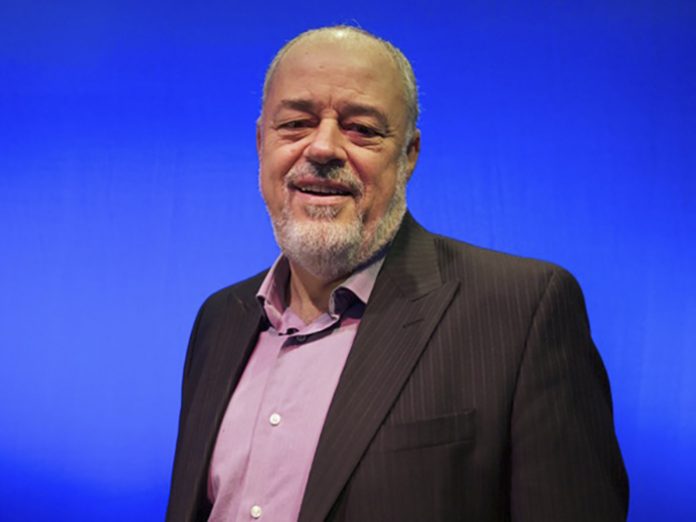 One of the industry’s brightest lights dimmed on Thursday, when Fulvio Cotogni, ETC’s regional manager for Southern Europe and the Middle East, passed away after a courageous battle with cancer.

A funeral for Cotogni was held on Saturday, where friends and family had the opportunity to share memories of him. ETC CEO Fred Foster gave a eulogy in which he said: “I am incredibly honoured to have known Fulvio for a couple of decades, and to have been his colleague for much of that time. My wife, Susan, refers to Fulvio as an ‘ancient soul’, not because he was old, but because he had the wisdom and patience of the ages. It was in his eyes, it was in his rich voice and in his wry smile. Fulvio has taught us all more than we even realise.”

Cotogni was known for his immense personality, sense of humour and infectious laugh. He began his career in lighting when he was 25 years old, joining Rome-based broadcast lighting company Quartzcolor Ianiro as a salesman, where he stayed for eleven years.

In 1985, Fulvio and his wife, Assunta, founded Arri Italia. The company grew quickly under their direction, and they began selling the very first ETC controls, branded as Arri lighting products. Arri Italia eventually became one of the top broadcast lighting firms to gain a major foothold in the entertainment lighting market. Eventually Fulvio left Arri Italia and returned to Quartzcolor – which was under the Strand umbrella by then – where he worked for four years, ultimately becoming the general manager for the Italian market.

Fulvio then made the decision to work with longtime friend Mario De Sisti. In that job, he was responsible for promoting ETC products in Italy. Just a couple of years later, in 1999, he officially joined ETC, overseeing the opening of the company’s Rome office. In his role as regional manager, he ran ETC Italy, and grew the sales territory in Southern Europe and the Middle East.

“Fulvio was a very dear friend,” says ETC Vice President of Sales Mark Vassallo. “He was one of the best salesmen I’ve ever worked with, and he cannot be replaced. Our hearts and thoughts go out to Assunta and [their son] Valerio. He will be missed and there will be a hole in our hearts from his passing.”