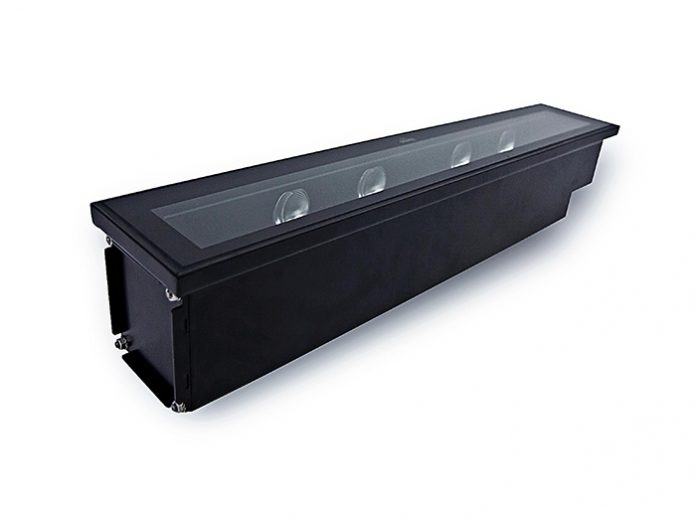 The Accadia LED inground luminaire is suitable for functional and artistic illumination of façades as well as accenting of architectural features such as parapets, columns, or statuary. The LED inground luminaire features refined architectural styling and an advanced reflector system engineered for uniform lighting from the ground up on vertical surfaces. The optics may be adjusted to one of four positions for optimal illumination of the surface. It is available in three sizes with nominal lengths of one, two or three-feet.