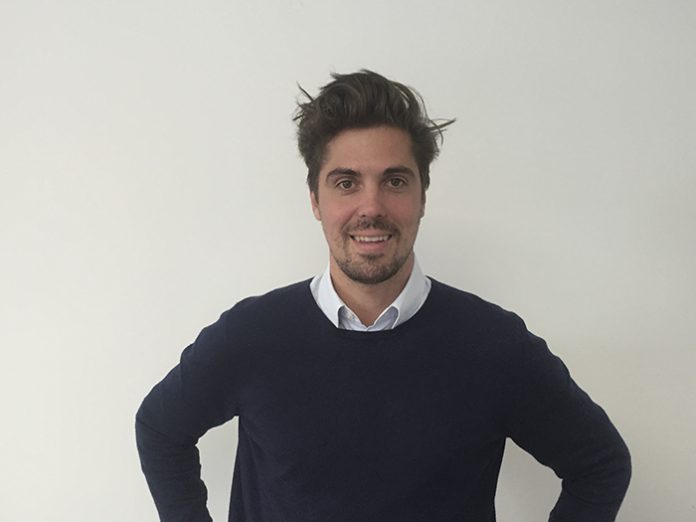 James Murray is Marketing Director at PixelArtworks – a full service projection-mapping studio – and DisplayMapper – a cloud-based media server for permanent projection installations. Here, he gives us this thoughts on the future of architectural augmented reality.

Light has immense potential to change the design of a space. But if you’re a reader of arc, you already know that. What you may not know, though, is that lighting design’s shape-shifting potential is about to get a whole lot more interesting.

That’s because we now have at our disposal a way to make projection-based installations continually change the surface, texture or material of an architectural space on a permanent basis and at the mere touch of a button.

Although it sounds like science fiction, the tools needed to pull off this innovative feat – creative projection mapping combined with cutting edge laser projection – are already in place and aching to be used. We just need a few brave trailblazers to recognise how powerful this combination can be in creating next-generation architectural lighting design.

Projection mapping involves applying projected animations and images across the exact geometry of 3D objects and spaces, but – and crucially – said images have to be augmented to lock precisely onto the environment’s geometry. It’s a technique that tends to leave people awe-struck because it can recreate the physical space of an installation in a virtual space, using 3D software packages. This means all manner of mindboggling effects and animations can be made to interact with their physical environment when projected onto a real world surface. From playing with shadows around ornate features, to water drops splashing on window ledges or architrave; content designed with real-world physics creates something unquestionably magical and bespoke.

If projection mapping sounds a bit technical, it’s because it is. But what the end-user sees is nothing but sheer mind-blowing creativity: a seamless special effect that suspends disbelief to leave people thinking they’re looking at a morphing building; unaware they are, in fact, merely looking at a projected moving image. This is how we can fool the human brain into thinking a building is coming alive.

From transforming the vast rooftop of the O2 arena into a giant blossoming English rose for the 2015 Rugby World Cup, to morphing a theatre set that nurtures a whole new genre of live performance; the art of projection mapping is causing quite a stir in creative circles. The possibilities are near limitless because pretty much any type of image can be used: static photography, otherworldly CG animation and even live data visualisation.

To be fair, projection mapping itself is not radically new. For the past decade, those in the know have been evolving the technique to create some of the world’s most memorable stunts over some of the world’s most memorable buildings. Thanks to projection mapping, we have seen the Sydney Opera House transformed into an animated canvas of Australian indigenous art and we have seen Battersea Power Station’s iconic towers turned into gargantuan speakers.

What is new, though, is the projection technology that underpins these stunning transformations. Until now, projection mapped installations have relied on lamp-based projectors: a solution that has relatively short shelf life because it’s simply not possible to leave a light on for years on end. And we’re not talking about a single lamp or bulb here. To pull off an awe-inspiring, large-scale projection requires a lot. It elevates the “how many lighting designers does it take to change a light bulb?” joke to a whole new level.

The comparatively high-maintenance and expensive nature of lamped projection has been a big barrier for projection installations. There has to be a tangible pay-off if you’re going to invest money, time and effort in a project that can only realistically last a few hours. Fortunately, this quandary may soon be assigned to history thanks to the arrival of a new breed of projector: the laser projector.

We are on the cusp of a revolution in projector technology because lasers have the potential to eradicate antiquated lamps and creatively limiting LEDs. To the uninitiated, this may seem like a granular, geeky detail but its impact on projection mapping is potentially immense. Not only do laser projectors come with the benefits of twice the perceived brightness and minimal maintenance; companies like Panasonic, Christie, Barco, Optoma and others are making them more affordable; and – crucially for the purposes of long term projection mapped installations – they last for years, not hours.

The relative affordability and longevity of laser projectors open up a whole new world of opportunity for projection mapping. Instead of investing heavily in a projection-mapped stunt that, thanks to the short shelf life of lamps, can only last a few hours; laser-based installations can instead be built to last for years. Ergo, you get a whole lot more bang for your buck.

Using lighting design to turn buildings into image-hungry canvases is already ‘a thing’ in glitzy oil-based economies like Dubai and Azerbaijan. Here, they circumvent the problems that come with lamp projections by using LEDs instead. And, somewhat ingeniously, rather than adding them as a surface detail, these LEDs are often embedded into the actual fabric of the building (a great example of why lighting should be considered at earliest stages of architectural design, rather than as an after thought). This means the LEDs can be programmed to conjure up different moving effects, like fire for example, by programming different colour sequences.

Forward thinking though this is, the overall effect is a bit, well, ‘pixelly’. There’s no beating around the bush, images created via sequenced LEDs simply lack the sophistication that comes from a more coherent laser projection. What’s more, when a building is continually covered in LEDs, it can make it hard to appreciate underlying architecture. Whereas projection can add an enhancing layer, rather than obscuring all the hard earned inspiration that went into that beautiful architectural design.

With laser projectors taking large-scale projection-mapped installations from the temporary to the realm of permanent, the next issue is: why? What do vast 3D projection-mapped images bring to an architectural space? The answer is refreshingly simple: they bring magic.

Salesforce turned an otherwise anodyne corporate lobby in their San Francisco HQ into a major talking point. They used giant screens showing interactive video content that was made to look like a waterfall cascading down the walls. The effect is stunning and is an early example of how footfall-dependent destinations like shopping malls, museums and visitor attractions can use these types of visual effects to turn bland spaces into awe-inspiring attractions that draw bigger crowds and ultimately increase revenue.

The problem with this example, though, is that it involved installing a 106-foot, custom-made interactive LED video screen. Not only is such a thing eye-wateringly expensive, it also creates a cumbersome weight-load that can impact on the building’s structure. Perhaps more saliently though, the mere fact that it’s a screen can be a turn-off in itself. In an age where the majority of people in the Western world carry interactive screens in their pockets (thank you iPhone!), their wow factor is, alas, diminishing.

By comparison, projection-mapping is a hassle-free and creatively unlimited solution that’s still new enough to seduce. When it’s applied to architectural spaces, it has the power to transform the appearance of an entire building. If images of wood, glass, cladding or bricks are mapped specifically to a building’s unique geometry, we can create the impression that the building’s fundamental elements are changing on a regular basis. Surely, that’s a show-stopper if ever there was one.

With projection-mapped installations moving out of the temporary and into the permanent, lighting designers, building owners and architects will soon be able to create the illusion of continually changing structures and surfaces. The creative possibilities are electrifyingly endless and you don’t even need a large scale ‘canvas’ to pull it off. Increasingly, businesses are waking up to how this technology can be used to create magic in smaller spaces too. From restaurant table tops to corporate reception areas, no space is too big or too small to benefit from the sheer amazement that goes hand-in-hand with permanent projection-mapped installations.

Adding a digital layer of aesthetic content to physical environments taps into society’s burgeoning appetite for merging the digital into the real world. Early adopters are trembling at the knees over much hyped new tech like the Oculus Rift (a virtual reality headset) and Hololens (Microsoft’s augmented reality goggles that place digital images into the user’s surround physical environment). If their uncontainable exhilaration is an early sign of wider popularity, this marriage of the physical and digital is exactly the type of wow factor that the masses will soon be crying out for.

But in the same way that interactive LED screens limit the creative process with their cumbersome logistics, the bulky headsets that go with virtual and augmented reality act like an interruptive barrier between the user and the aesthetic experience. This minimises the all-important suspension of disbelief and reminds users that what they’re seeing is an illusion; whereas projection-mapped installations don’t require unwieldy headgear to immerse viewers in their mind-bending imagery. The effect is almost like a goggle-free form of augmented reality.

Savvy lighting designers continually strive to bring innovation into what they do. But it’s tricky to constantly be original when new processes and technology rarely come along. So the parallel developments that are going on in projection-mapping and laser projection create a golden opportunity that shouldn’t be missed. When the two are combined, we have a long-term and affordable solution for creating a new genre of lighting design that can stun the whole world. Exhilarating times lay ahead.